Should You Fear Your Winter Gear?

Not washing coats, gloves and scarves could put you at risk for germs and illness 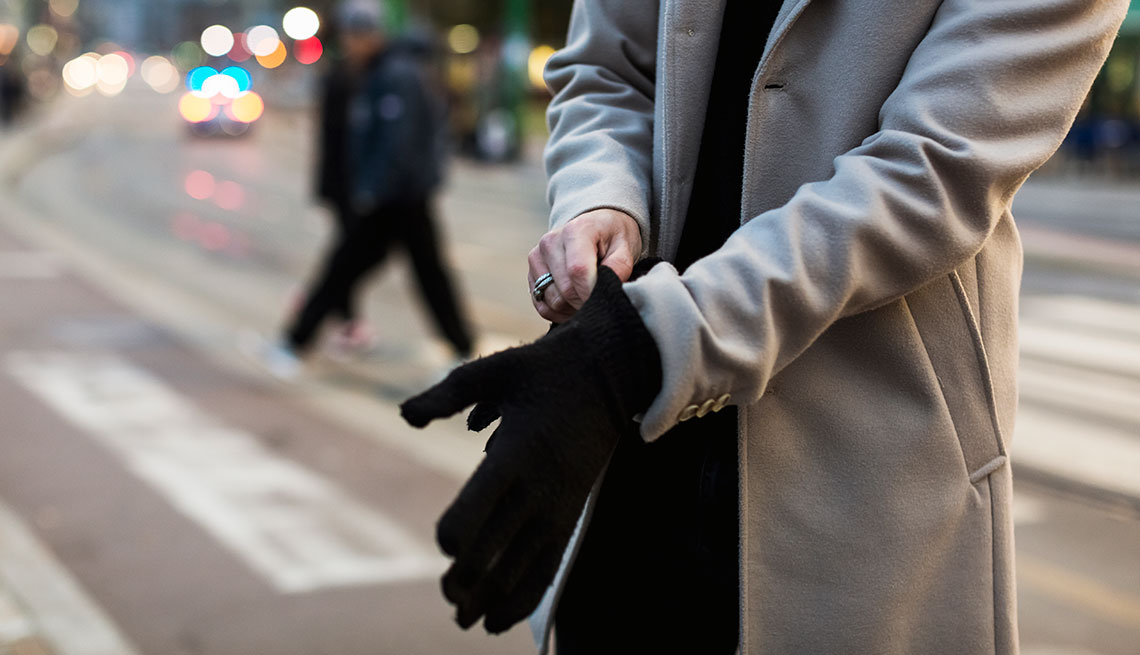 Gloves and scarves tend to be the germiest winter gear because people cough, sneeze or wipe their runny noses on them.
Getty Images
By:
Kim Hayes
AARP
February 08, 2018

Most of us (hopefully) would not think of wearing our clothes over and over without washing them, yet in cold weather we regularly reuse coats, gloves, scarves and hats that probably haven't been washed in months — or possibly even since last winter. With older people at higher risk of illness in this tough cold and flu season, it might be time to revisit winter washing habits.

"Winter coats and accessories are no different from any other article of clothing in regards to need for laundering ... maybe not as often, but certainly regularly," registered nurse Vicki Allen,  communications committee chair of the Association for Professionals in Infection Control and Epidemiology (APIC), tells AARP.

Most germs will survive for two or three days on inanimate objects — some longer — and clothes have been proven to be a harbinger of germs. The Society for Healthcare Epidemiology of America (SHEA) published a study in February 2014 addressing health care worker attire and its role in health care-associated infections, which led to recommendations to health care facilities about clothing and the transmission of germs and bacteria, Allen says.

Other, and arguably more adorable, "scientists" found similar results for winter gloves. Three sixth-graders from Shimek Elementary in Iowa City, Iowa, who call themselves the Germinators, sought to discover whether particular pathogens on gloves make people sick. The Germinators tested 31 gloves worn during recess and found that 113 individual bacterial colonies grew and about 61 percent could be attributed to those that cause infections or illnesses. 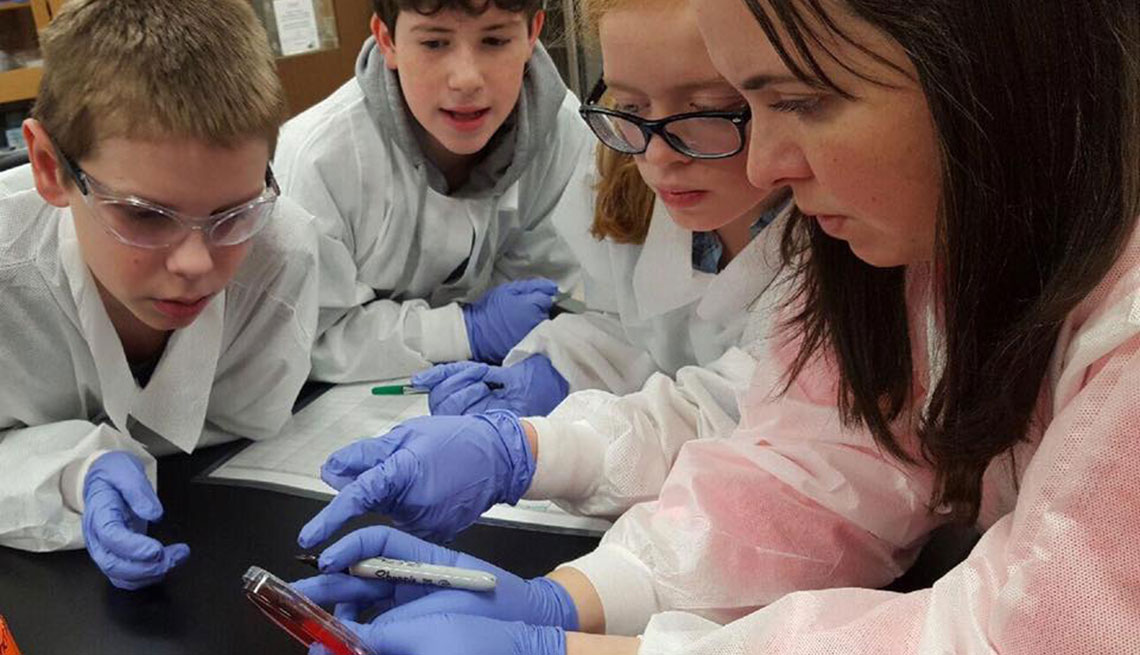 Stephany Cochran (right) helps Germinators Evan Raefield, Ari Collins and Anna Mattson find colonies of bacteria that have grown in a petri dish from swabs of children's gloves.
courtesy of the State Hygienic Laboratory at the University of Iowa

While most of us are no longer playing on the monkey bars, we are out and about touching shopping carts, door handles, steering wheels, stair and public transit railings, and more areas that are full of germs. So why don't we think to wash our outerwear as often? "Likely because it is a bulky article of clothing that is taken off upon entry and left in a coat closet or another out of the way area and forgotten about," Allen says.

There may be a lower perceived risk of infections, but winter gear can serve as a fomite, or an object that can transfer germs, infectious diseases specialist Nasia Safdar, medical director of the Infection Control Department at the University of Wisconsin-Madison, tells AARP.

Gloves and scarves are likely the germiest winter gear because people tend to cough, sneeze or wipe their runny noses on them. Scarves also typically cross your face or are placed directly beneath the chin. People may also cover a cough or sneeze with a scarf and then hang it up in the office next to coworkers' belongings, promoting cross-contamination, according to APIC.

"Obviously, due to touching, gloves have a high bacterial germ count. Not only are we touching surfaces with our gloved hands, but we touch our face hundreds of times each day. So every time your contaminated gloves and/or dirty hands touch your face, the risk for exposure to winter colds and flu germs is elevated," Allen says. People also have a habit of taking their gloves off with their teeth, which could transfer the germs to the mouth.

How often should you clean outerwear?

The type of fabric will determine the frequency of cleaning, Allen says. Cloth gloves and scarves should be washed weekly in hot water and detergent, if the fabric allows. For other fabrics, such as leather and those made of yarn, you may need to reference manufacturer recommendations to avoid shrinkage. But they should still be cleaned routinely to keep them germ free . "Depending on how frequent a coat is worn determines how often it should be cleaned. At the very least, launder a few times during the season, and certainly at the end of the season, before packing it up for the next winter," Allen says.

Also, wash your gear anytime they become soiled and do not let them remain wet, which increases the risk of mold, Safdar says. APIC recommends not stuffing dirty or wet gloves in your pocket and allowing them to dry thoroughly to kill germs.

In addition to washing your gear, Allen recommends other germ-fighting remedies for winter, including healthy eating, regular exercise, sufficient sleep, good hygiene and getting a flu shot. Regular cleaning of cellphones, office equipment and remote controls should also be high on your list, Allen says. "Regular washing of bath and hand towels and using the disinfectant wipes available in grocery stores and gas stations are another way to kill those germs before they are transferred to your face!"

APIC offers numerous suggestions for staying healthy in the winter, including:

How to Keep Your Purse Safe, Secure (and Germ-Free)

Tips to avoid becoming a victim wherever you go