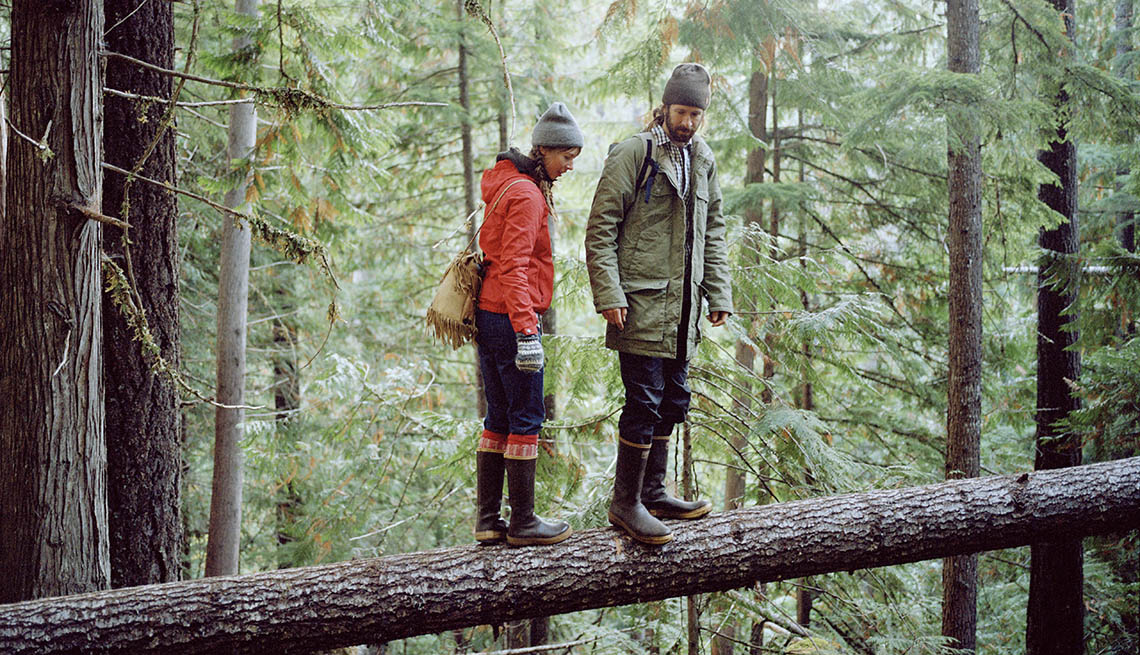 When we think of courage, our minds usually default to the standard scenarios—a firefighter running into a burning building to save a life; a soldier who risks his/her own safety to carry a wounded buddy off the battlefield. But that’s a mistake, says Robert Biswas-Diener, author of The Courage Quotient, who told Life Reimagined that because we tend to equate bravery with physical acts, we’re blinded to the acts of courage that play out in trust relationships every day.

What’s the role of courage in marriage?

Going into marriage is a courageous act. Look at the most traditional vows in the world—“for better or worse, in sickness and health, for richer or poorer.” Inherent in those is that is we don’t know what’s going to happen, but we believe together we can get through it. Our commitment itself is an agreement to face uncertainty.

Beyond that, there are a whole lot of ways that courage comes into marriage. Trust in relationship is one. Trusting your partner to go away and come back—literally or figuratively. A business trip, for example, but also when one partner says, “Go explore your interests, I don’t need to have all of you right this second. You can have things that are independent of me and of this trust relationship: your own friends, your own interests, and I trust that that’s going to actually enhance our relationship.” That’s courageous, to stand back and allow another person to be independent of you.

Should couples work at getting braver together? Instead of date night, should they have courage night?

That’s interesting. I think that some couples kind of do this. Think about Girls Night Out and the husband at home being a little bit jealous. Now, speaking on the husband’s behalf, it is a kind of bravery: “I’m going to trust my wife, she’s going out, she’s going to have fun with her friends, she has every right to that, she deserves it, and it’s going to pay off in our relationship because I want her to develop as a person, and not just be under my thumb.” Yet there are deep-seated, natural evolutionary responses of jealousy: “Oh my God, my wife’s out at a club dancing with strangers!” It takes trust in marriage to let that happen. We just don’t call it courage night.

Can adventure travel—where you incorporate some kind of scary excursion—help nurture a healthy relationship?

There’s the classic “Let’s go to Hawaii and lay on the beach because it’s comfortable,” but there’s also the classic “Let’s go do a tour of Europe.” People understand that if you take that latter vacation, it’s not always pleasurable. Your feet are going to be sore, you’re going to feel awkward because you don’t know the language, you’re going to get lost. That couple is not taking that vacation for comfort, they’re taking it for growth.

I think what you’re suggesting is to take that one step further: actively seek out a little bit of discomfort, because it will be exhilarating, because facing a fear together will bring us closer and help build a trusting relationship. Doing a zip line is a very mundane example of this. My wife and I once took a harrowing minibus journey up into the Himalayas in India, this sheer cliff with a drop of thousands of feet, cars having only inches in which to pass each other, and we were on the outside lane. About half-way through, my wife leaned over to me and said, “Our driver only has only one arm.” He was letting go of the wheel every time he shifted. It was such a precarious drive. I feel afraid even talking about it, though it happened 20 years ago. I would never want to re-do it, but it’s just such a point of bonding for my wife and I when we look back and say we went through this together.

What if one partner wants to have adventures and the other doesn’t?

That’s a broader issue of how do you chart the boundaries of trust in relationships. In good relationships, people allow the other person to impact them. So one of the days in Paris we’re going to take a cooking class, even though I’m not interested in learning how to cook. I’m going to do it because you want to do it and I think it will be fun to do with you, and in return we’re also going to do a catacombs tour even though I know you’re kind of afraid of being underground in small spaces. That give and take and willingness to do for the other and with the other, is healthy.