Give Yourself the Gift of a Good Life 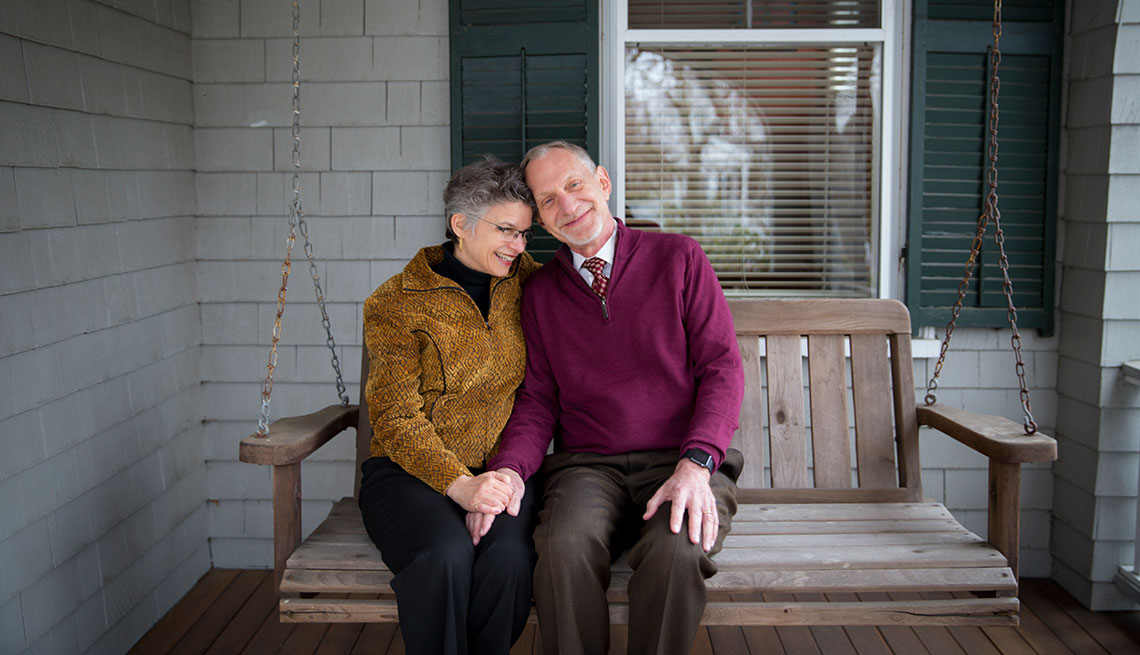 As he’s shared in things like his hugely popular TED talk, “What Makes a Good Life? Lessons From the Longest Study on Happiness,” Robert Waldinger knows well the surest, and most scientifically measurable, path to personal well-being. (It’s relationships, stupid, though he hails from Iowa and would never speak to anyone like that.)

Waldinger, a psychiatrist, heads the Harvard Study of Adult Development, which has tracked, in great depth, the lives of more than 700 Harvard and inner-city Boston men for 80 years, and more recently analyzed the DNA, health habits and life satisfaction surveys of their wives and children, too. The unusually vast longitudinal study gives its fourth director a unique vantage point on how lives — be they WASP-y or working class, Depression-era or 21st century, John F. Kennedy’s or Ben Bradlee’s — can unspool into contentment or veer into bitterness, chug along on course or be upended without warning. It also provides tidy answers to questions like whether the strength of your relationships at 50 or your cholesterol is a better indicator of your health at 80 (it’s the former, though you probably guessed that by now).

But if it’s interesting that, say, 80-year-olds with healthy marriages tolerate physical pain better than those in unhealthy ones, Waldinger, who happens to be a Zen priest, doesn’t understate the human complexity behind the data-driven takeaways. Those octogenarians in the most protective of marriages, he notes, can still “bicker like crazy,” and all those health-sustaining relationships, he wants you to know, take work, “really, a lot of work.”

Here, a few more of the person-by-person particulars behind his study’s big truths.

Which relationships are most important to our health?

The research doesn’t show you have to have a ton of friends and love cocktail parties. It just means you have some close connections. It could be one. It could be two.

Does marriage tend to be the big one, if you have it, and it works?

It varies. For some people, yes. And this is a bit of a tangent but it’s illustrative. When our folks were in their 80s, we studied the couples, calling both husbands and wives separately every day for eight days, and asking the same set of questions. Things like: Who did you spend time with? What did you and your spouse do? Did you do any of those activities together? Did you have any arguments and how were they resolved? And some couples were totally on track; if one person said we had three arguments in eight days, the other said the same thing: three arguments in eight days.

But some were like living on different planets! One would say we argued for five days and the other would say we didn’t have any arguments. That’s my long way of saying that some couples really lead separate lives and some couples lead very together lives.

And that worked for them?

We expected those traditional roles not to work. But in some of these very old-fashioned marriages, we found, for example, that the women — many of whom were quite bright and had been to fancy schools — were often quite content. And this outraged our younger interviewers, who were typically female graduate students. They were like, That can’t be! I think a lot depends on where you are, if people around you are doing the same thing, and if your own temperament fits with that.

So what type of relationship qualifies as healthful?

My predecessor, George Vaillant, asked a question, on a couple of questionnaires, that I love: “Who would you call in the middle of the night if you were sick or scared?” Some people couldn’t list anyone. For some, though, it was a child; for some people it was a friend. For many it was their spouse. You can fight like cats and dogs, but if you have a sense of “If I ever need my husband, he is there for me,” that’s huge.

What brings the health benefits with casual friendships or relationships? I’ve read lots of articles that say just joining a group and being around people is a key to happiness.

But it’s not that. Well, it is and it isn’t. I don’t know about you but when I come in to work, I touch base with these people in my lab and yes, I’m their boss, but it’s also the case that they’re important people to me. They’re not people I confide in, because they are my employees and that wouldn’t be appropriate, but it matters that I see them and we remind each other that we do this thing together. We complain about it but it’s kind of fun. …

But what we found was that men in particular think they’ll be so happy when they retire and are rid of all the hassles of work. But then they do retire, and no one is around. So what we found in one study was that men who replaced their workmates with other playmates later in life were the happiest. What we might call more superficial relationships turn out to be important in making you feel connected, as in, This is who I am, and this is my place in the world, and this is what I do.

What about these relationships helps us live longer?

If you sit and have a conversation with a friend about something you’re worried about, your body literally calms down — your blood pressure might come down, your stress hormone levels might go down. There’s some evidence that it’s not so much stress but how you manage stress that may play a big role in who ages and who doesn’t. So now we’re bringing people into the lab and stressing them and seeing how quickly they recover, looking at things like inflammatory cells and DNA regulation through epigenetics and telomeres.

There’s a real thread between the warmth and orderliness and predictability of childhood and how people do over time. But there are healing relationships all through life, and people who come from terrible childhoods sometimes do well. Right now, we're trying to look at why this is the case.

Along with all the things that make a good life, you found some things that reliably jeopardize it, too. I know you've said, "Loneliness kills." And alcoholism?

Well, it was really big. It was involved in the breakup of over 50 percent of the marriages that ended. And this was a particular cohort where they didn’t break up their marriages as often as we break up our marriages today.

Does your work influence how you counsel patients?

Oh, it really does. A lot of people come in afraid that some of what they’re experiencing is abnormal. But sometimes, what they’re dealing with aren’t psychological issues but developmental ones — like feeling like they don’t have a purpose in life when they become empty nesters or feeling that they shouldn’t have to spend so much time taking care of themselves physically.

I think people need to hear more about what’s normal as you grow old. There are so many things that people can end up feeling ashamed of that they need to be reminded are just the natural part of being alive if you’re lucky enough to get old. Because I have this developmental perspective, I feel more comfortable being very upfront and saying, “Self-care takes more time as we get older, and you just need to plan on it.” And granted, of course, there is really bad stuff, too. I don't want to be Pollyannaish about it. But there’s also this layer of suffering and unhappiness that is preventable, and that is sort of my passion: to help people with the part of human suffering that’s fixable.