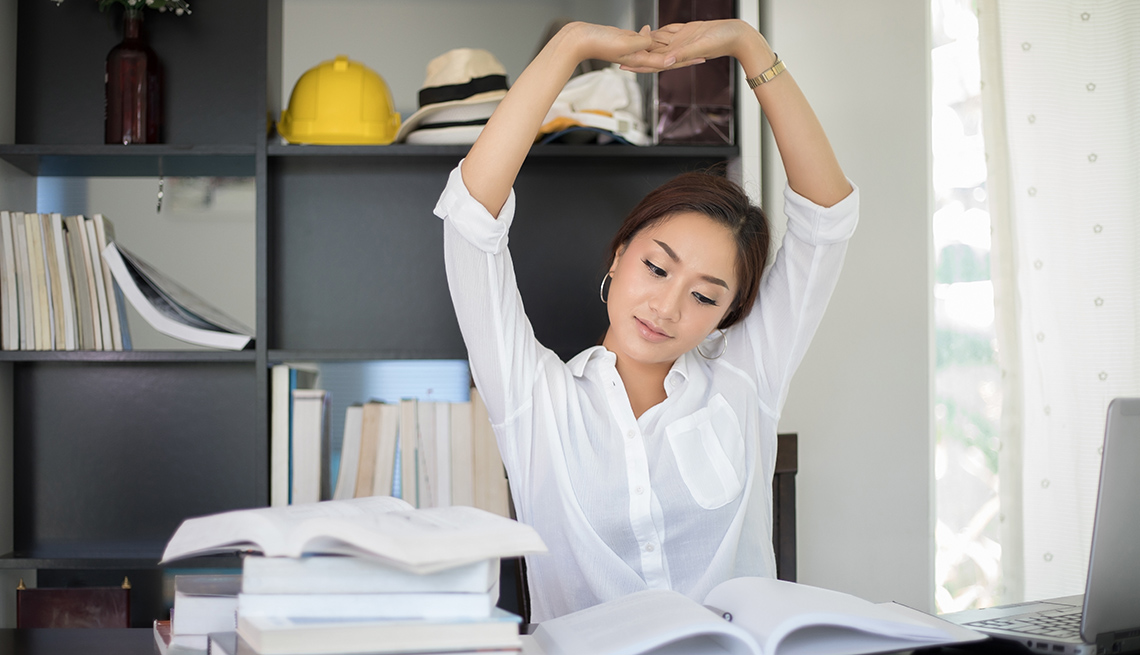 Try "pedaling" while sitting at your desk

Yes, we know you’ve been told that “sitting is the new smoking” more times than you can count. But if you’re like most deskbound workers, you also probably feel there isn’t much you can do about the health risks of being sedentary at work. Now, thanks to a new study from the University of Iowa, there’s a proven solution.

When researchers stowed small pedaling devices under workers’ desks, they found that people didn’t just like using the discreet gizmos, they pedaled enough to lose weight, get sick less often and improve their concentration. And while study leader Lucas Carr, assistant professor of health and human physiology, was prepared for pedaling to decline once the novelty wore off, he says participants kept up their steady use throughout the 16-week study, averaging about 50 minutes a day. Best of all, 70% said they wanted to hang on to the equipment and keep on pedaling after the experiment.

Carr says the study is good news for people like him, who exercise regularly, but then go to work and sit like potted plants for much of the day. And it’s frustrating to think that while you do earn gold stars for exercising for your health, sedentary work sets you up for multiple chronic diseases, including heart disease, poor cognition and higher stress levels than people with more active jobs. And it’s serious: The World Health organization estimates that inactivity is the fourth largest cause of death worldwide.

This is Carr’s third study of at-desk pedaling, an area that attracted him because he was frustrated that so many solutions for workplace activity took people away from their work. “Companies were building fitness facilities, for example, but the problem was that people didn’t feel they had the time to step away from their desks. I wanted to come up with a way where they could be active for 30 or 60 minutes a day while they were still working.”

Treadmill desks are an option, but they’re expensive and conspicuous. “So typically, companies will buy a few and put them in some central location, and we found that appeals to fit people who are already exercising, but not the people who need it most.”

In fact, privacy turns out to be an essential ingredient: The intervention only worked when participants all got their own device, which they could use inconspicuously. The machine make very little noise, “sort of a low hum,” Carr says. “We tested in offices that used cubicles, and you couldn’t hear it all.”

The study used a pedaling device made by activeLife Trainer, which costs just under $500, but Carr says there are many varieties. “You can buy them anyplace from Amazon to SkyMall.” Treadmill desks, by comparison, can cost thousands.

Carr uses one himself, and says that he’s found he averages a little over an hour a day. “I find myself naturally stopping when I’m working on something that requires a little more thinking or concentration, and then starting without thinking about it again when I’m doing something less engaging, like reading email. That means it just feels better to move than not to move.”