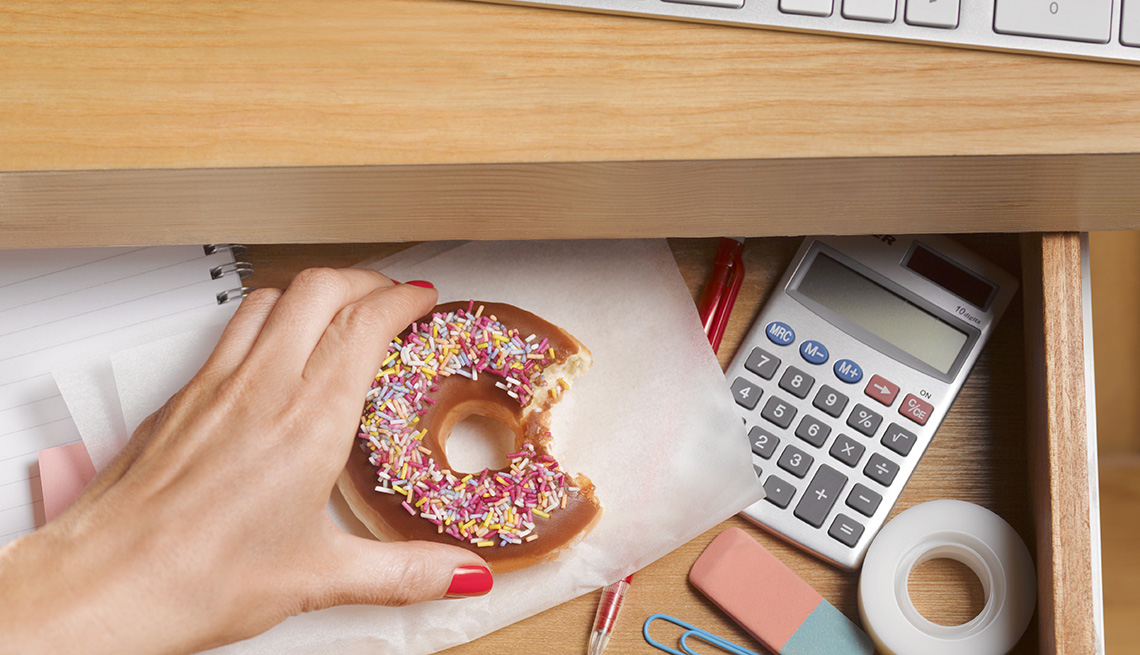 Woman reaches for a donut hidden in her desk drawer.

Researchers—the team included an architect, a nutritionist and a psychologist—administered a psychological test to obese and healthy weight people, then followed them home and looked for differences. Were there fewer steps from refrigerator to TV, for example? Bigger freezers or pantries? Were some homes designed in ways that  encourage people to spend more time in the kitchen?

What they found—and didn’t find—was telling, says Charles Emery, Ph.D., professor of psychology at Ohio State and lead author. “The two most significant differences are that obese people tended to have more food stored in plain sight than non-obese people, and that they also tended to have lower self-esteem.”

Because the study was an observation, and not an intervention, he can’t promise that taking the pastries off your kitchen counter, bread off the top of the fridge and candy dishes off the coffee table will help with weight loss. But it’s worth a try. “Knowing what we know about stimulus controls, it could very well be important for people to restrict the visibility of food,” he says. “Keeping food where it’s visible isn’t such a great idea,” he says. “And it’s a relatively simple behavior to change.”

The self-esteem finding is discouraging, because it isn’t an easy problem to fix. But Emery is glad his research documented it. “While addressing low self-esteem is routinely included in treatment plans for obese children, it isn’t with adults, and it’s good to know that it is a strong predictor.” Losing weight takes time and effort and concerted behavior change, he says, “and when people don’t feel good about themselves, they may be less motivated to implement those changes.”