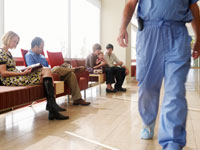 The dates to know:

The Health Insurance Marketplace is just for people who need to buy private health insurance.

If you have insurance through Medicare, that coverage is independent of the marketplace. Medicare Open Enrollment occurs every year from Oct. 15 to Dec. 7.