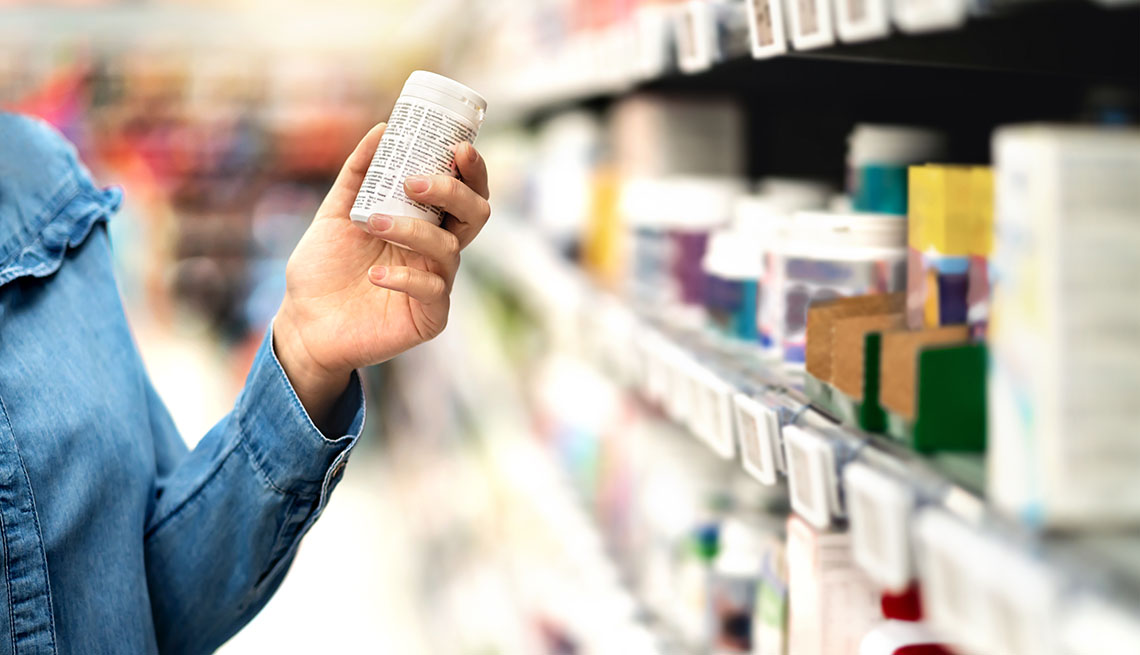 Drugstore shelves are overflowing with options for pain relief. There are packages of pills, patches, creams and liquids — all designed to alleviate everyday aches and injuries.

And older adults are the largest consumers of these over-the-counter (OTC) medications, research shows. About half of Americans ages 50 to 80 take two or more nonprescription medications, including supplements, a 2020 report from the University of Michigan's National Poll on Healthy Aging found.

But just because something is sold without a prescription doesn't mean it's risk-free, says Amy Thompson, associate chair in the Department of Clinical Pharmacy and clinical associate professor at University of Michigan's College of Pharmacy. “And those risks heighten as we age,” she adds.

Here's what you need to know before you pop an OTC pain reliever.

Acetaminophen is one of the most commonly used drugs in the U.S. and is the top recommended OTC pain relief option for most older adults. It can be used to ease headaches and muscle aches and to reduce fever. It's also good for treating osteoarthritis — the type of arthritis that comes from everyday wear and tear, says Ashley Garling, clinical assistant professor at the University of Texas at Austin's College of Pharmacy.

But because too much acetaminophen can cause liver damage, certain people should reduce their dosage or avoid it altogether. Talk to your doctor before taking acetaminophen if you have liver disease or drink three or more alcoholic beverages per day. (Alcohol causes the liver to convert more of the acetaminophen into toxic byproducts; if these toxins build up, damage can result.)

Otherwise, Garling says “as long as your overall daily dose is under 3,000 milligrams, [in a 24-hour cycle], it's usually fairly safe.” Taking a higher dose than recommended will not provide more relief, but can be dangerous, the Food and Drug Administration (FDA) says.

The danger is often disguised

But keeping your daily dose under 3,000 milligrams per day can be tricky, especially since acetaminophen shows up in hundreds of other medications, including OTC cold and flu relief (Theraflu and Sudafed are examples) and allergy medicines.

"And so people might be taking Tylenol for their knee pain and then taking NyQuil for a cold, not realizing there's Tylenol in both of them. They could easily be exceeding the daily dose without even realizing it,” Thompson says.

Be sure to pay close attention to the label, as overdosing on acetaminophen is the most common cause of drug-related liver injury. Acetaminophen isn't always spelled out; abbreviations such as APAP, Acetaminoph, Acetaminop, Acetamin or Acetam may be used instead, the FDA says.

What to Know About ‘PM’ Pain Relievers

Older adults should avoid the nighttime version of any pain reliever, says Hillary Lum, a geriatrician and assistant professor in the Division of Geriatric Medicine at the University of Colorado School of Medicine. These medicines often contain diphenhydramine, an antihistamine that can aid sleep — thus the “PM” that's often in the product name indicating it should be taken at night — but they can also cause falls, confusion, blurred vison and urinary problems in older adults. In addition, diphenhydramine has been linked in studies to increased dementia risks. If a nighttime pain reliever is being used primarily as a sleep aid, talk to your doctor about alternatives.

NSAIDs are another class of pain relievers sold over the counter. They're helpful at reducing pain caused by inflammation — like arthritis or an athletic injury — and can also aid with fevers and mild pain from headaches and muscle aches.

But NSAIDs are not recommended for everyone, and older adults are often advised to avoid them, or at least use them with caution. That's because they can come with a list of increased risks for people age 50-plus.

Use of NSAIDs can cause bleeding in the stomach or in the digestive tract, which can come on without warning signs and can be serious. People who take NSAIDs every day or regularly are at increased risk for these adverse events, according to the FDA. The risk is also higher for adults older than 65, people with a history of stomach ulcers, and people who take blood thinners like warfarin or corticosteroids, such as prednisone.

Adults with blood pressure problems should know that NSAIDs can raise blood pressure. And all NSAIDs, except for aspirin, can increase chances of heart attack or stroke, even after the first few weeks of use. People who have cardiovascular disease are at highest risk.

NSAIDs have also been linked to kidney injury in older adults, “which is something I really worry about, too,” Thompson says. “As we age, we really depend on [lipids in the body called] prostaglandins to keep the blood flow to our kidneys. And the way [NSAIDs] work is they inhibit those prostaglandins,” causing the blood vessels to constrict, which can result in kidney injury.

Finally: NSAIDs carry the risk of potential skin reactions, the FDA warns. Patients should be on the lookout for symptoms of skin reddening, rash or blisters.

"So you really want to leave [NSAIDs] as kind of your last choice, which is interesting, because most people go to these first. But when you're over 50, this one needs to start moving down the list, versus something like a Tylenol,” Garling says.

What to Know About Aspirin

Aspirin is an NSAID, but it's generally not recommended for pain relief in older adults because it can cause bleeding in the stomach and the brain — and the bleeding risk increases with age. Plus, other OTC remedies are more effective at mitigating pain, both Garling and Thompson say.

Where aspirin can come in handy is as a preventive therapy for people who have cardiovascular disease or who have already had a heart attack or stroke. Regular use can reduce risks of another cardiovascular event by keeping the blood from clotting and increasing blood flow to the heart and brain. It is not recommended to prevent first-time heart problems and is often misused as such.

Always check with your health care provider before starting aspirin therapy to weigh the benefits and the risks and to make sure any OTC and prescription medications you're taking are OK alongside aspirin — otherwise “you could be doing your body more harm than good,” the FDA says.

Not all pain relievers come in a pill. Topical medications — gels, creams, patches and sprays — can be effective at targeting pain, especially local pain in muscles and joints. Plus, if you're worried about side effects from pills, topical pain relievers carry less of a risk “because there's less systemic absorption,” Thompson says.

One downside to topical pain relievers: They often cost more than their oral counterparts, Thompson says. A 5.3-ounce tube of Voltaren, for example, is $28, whereas a bottle containing 50 ibuprofen pills is about $5.

Talk to your doctor and pharmacist

The key takeaway to OTC pain medication is to keep your health care provider in the loop, says Hillary Lum, a geriatrician and assistant professor in the Division of Geriatric Medicine at the University of Colorado School of Medicine — especially “given that there are now more and more prescription-strength medications that are over the counter and the package inserts are really difficult to understand.”

Her advice? Bring a list of everything you are taking, “including your supplements and your over-the-counter medication” to your provider at least once a year. Don't forget to add any CBD (cannabidiol) use to this list, Lum says. Oils, lotions and gummies containing CBD have become prevalent, especially as an alternative pain reliever, and just like any other OTC substance, your doctor should know if you're using it.

And remember: If you're stumped in the medicine aisle, check in with the pharmacist for guidance. “We're the only ones that you can walk up to in your CVS and your local drugstore and talk to within seconds,” Garling says. “And if we're back there behind the computer, don't be afraid to ask for us — because we actually love questions.” 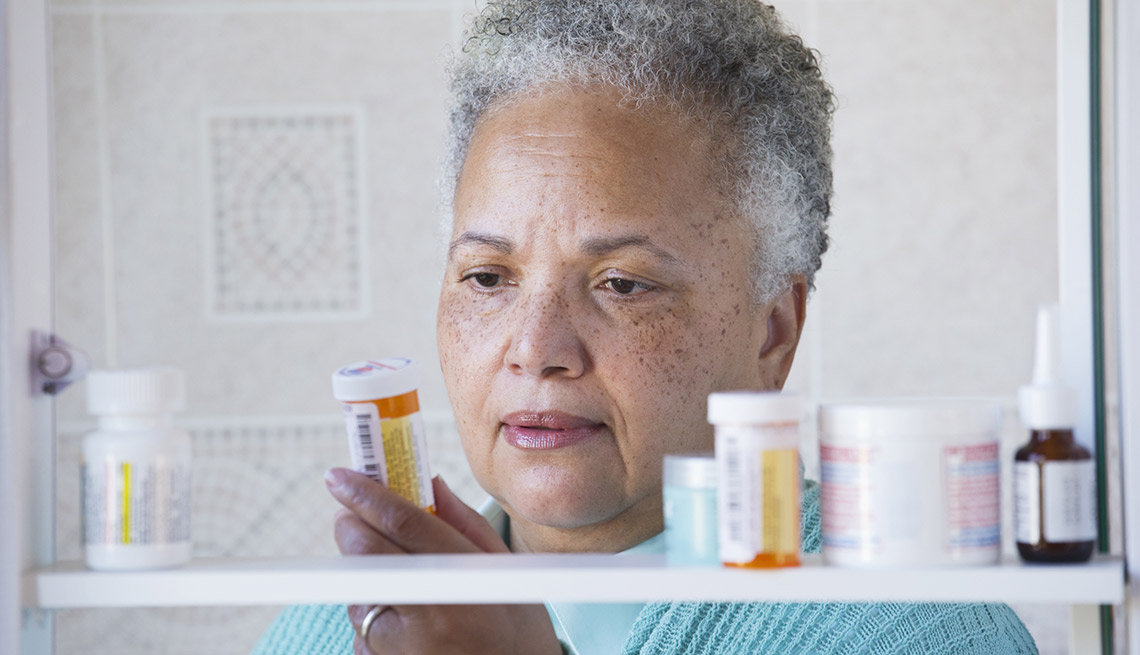 A Survival Guide to Medication Management

It's crucial for caregivers to stay organized when juggling multiple meds 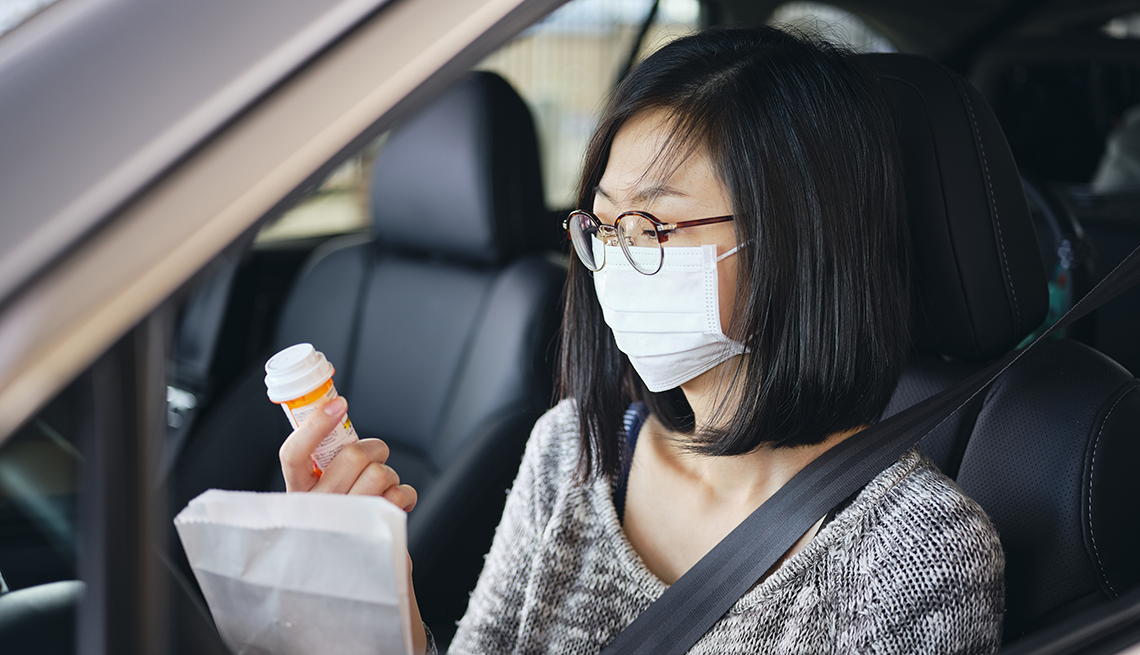 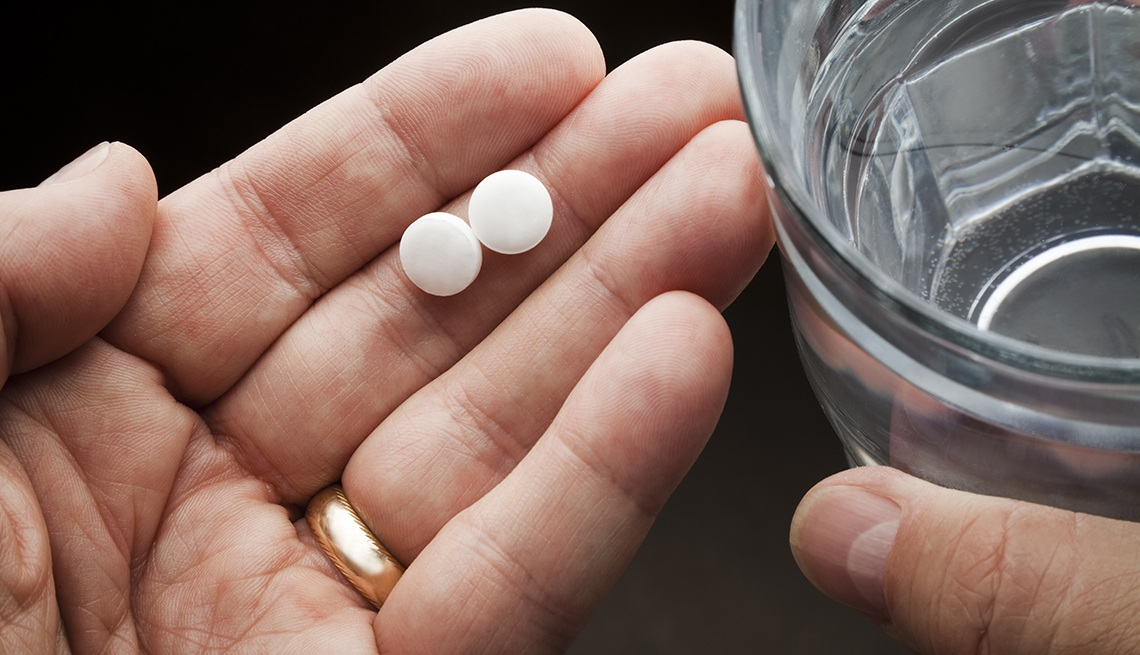