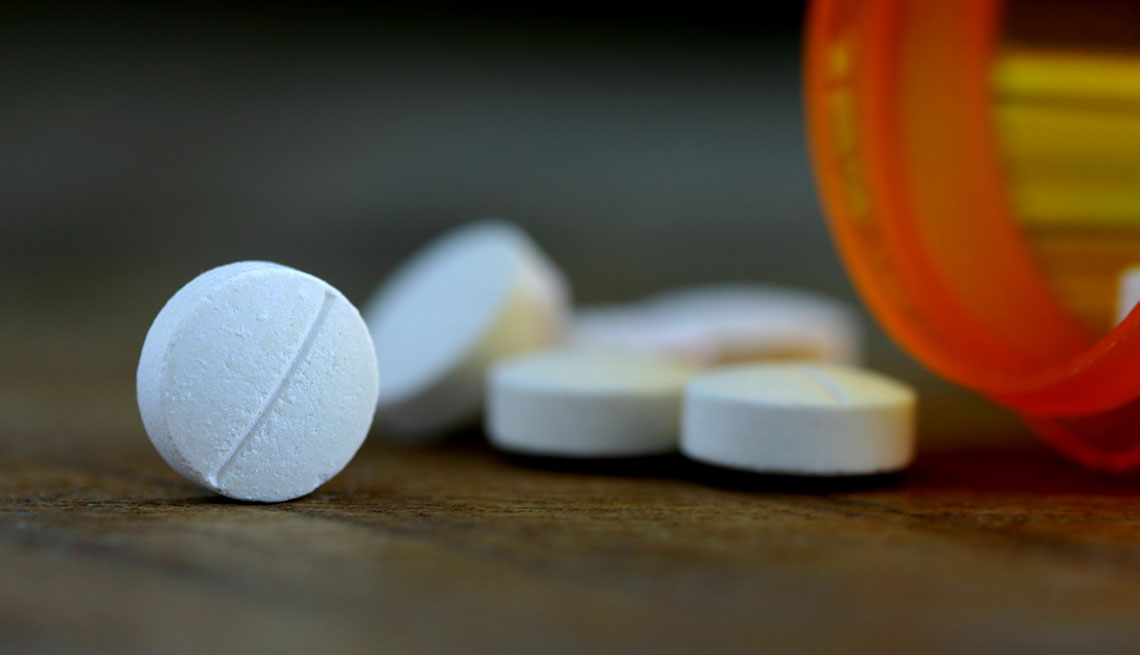 En español | If you don't have heart disease, there's little to no benefit to popping a daily low-dose aspirin, and, in fact, this practice may dramatically raise your odds of suffering a life-threatening brain bleed, according to a new research paper published this week in the medical journal JAMA Neurology.

The review, which examined 13 studies with more than 130,000 patients, found that the risk of intracranial hemorrhage (brain bleed) was 37 percent higher in those who took a daily aspirin, compared with those who took nothing or a placebo.

Overall, incidence of brain bleeds was still quite rare: only two additional cases for every 1,000 people. But brain bleeds themselves can be life-threatening and can permanently affect your ability to talk, think and move freely, says Amit Khera, M.D., director of the Preventive Cardiology program at the UT Southwestern Medical Center. What's more, this latest finding adds to a growing pile of evidence against using aspirin as primary prevention for heart disease.

Last March, for instance, the American College of Cardiology published new guidelines recommending against routinely giving aspirin to older adults who don't have a history of heart disease. “The thinking on this has dramatically changed just in the last year,” says Khera, a coauthor of the guidelines.

If you've ever had a heart attack or stroke, you should take aspirin. “There's clear evidence that in this group of patients, a daily aspirin makes sense,” says Khera. Aspirin itself is an antiplatelet medication, which means it prevents your platelets from clumping together and forming blood clots that can trigger a heart attack or stroke.

If you've never had a heart attack or stroke and are over age 70, you absolutely shouldn't take aspirin. Older adults are particularly susceptible to brain bleeds because their blood vessels are thinner. “As you age you also lose brain volume, which in turn causes blood vessels to be tugged a bit and more prone to rupture,” Khera explains.

If you've never had a heart attack or stroke but are under age 70, talk with your doctor. “If you're in this group, the advice is generally no but occasionally yes,” says Khera. People with type 2 diabetes who took a daily aspirin over a seven-year period, for example, were 12 percent less likely to have a cardiovascular event than those who didn't — but they also had a 29 percent higher risk of developing bleeding, according to a study published last year in the New England Journal of Medicine. The good news, Khera stresses, is that with the advent of newer drugs, such as statins, there are other, safer medications beyond daily aspirin that patients can take preventively to address their heart disease risk.

If you do take aspirin, it's important to be alert to signs of a brain bleed. These include a worsening headache, vomiting, dizziness, confusion, unequal pupils and slurred speech. If you recognize such symptoms, call your doctor immediately and/or head to the emergency room. If you fall and hit your head, get medical attention right away even if you feel fine, adds Nieca Goldberg, a cardiologist at New York University and medical director of the NYU Langone Joan H. Tisch Center for Women's Health. Since you're on aspirin, even a minor head blow can be life-threatening.