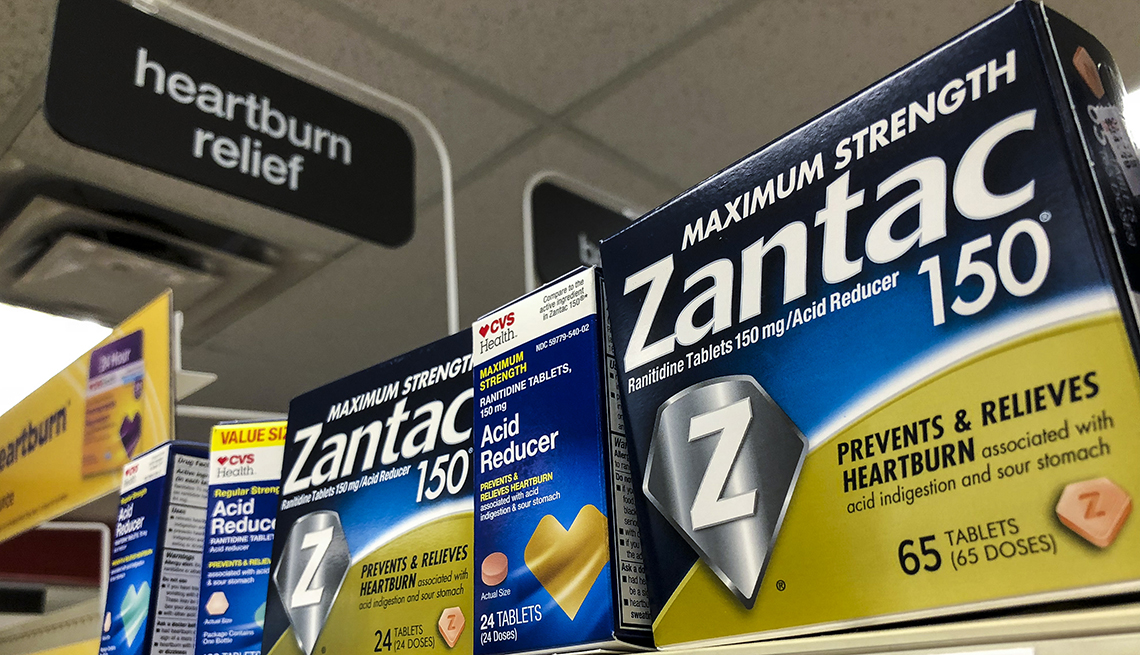 En español | CVS Pharmacy is suspending the sale of Zantac, a popular medication used to treat heartburn, as well as CVS brand ranitidine products that also treat that condition, until further notice.

The news comes shortly after the U.S. Food and Drug Administration found that some ranitidine medicines, including those under the brand name Zantac, contain a low-level impurity that’s classified as a probable human carcinogen, or a substance that could cause cancer.

CVS said the “action is being taken out of an abundance of caution” while the FDA investigates whether low levels of the impurity N-nitrosodimethylamine (or NDMA) are a risk to patients. According to the FDA, NDMA is a known environmental contaminant. The agency has been investigating NDMA in other common drugs, including blood pressure and heart failure medications, since last year.

Ranitidine is an over-the-counter and prescription drug that prevents and relieves heartburn by decreasing the amount of acid in the stomach. It’s also used to treat and prevent ulcers and gastroesophageal reflux disease. There are a number of other drugs available over the counter and by prescription that can provide on-demand and long-term heartburn relief but do not contain the impurity the FDA is investigating.

The FDA said patients taking one of the recalled medicines should follow the recall instructions provided by the company. The agency also said those taking ranitidine medications that have not been recalled can continue to use them during the FDA’s investigation, while those wishing to switch medications should talk to their health care provider or explore other over-the-counter products for relief. CVS said customers who purchased the suspended ranitidine products can return them to the store for a refund.

Brian Antono, a family medicine physician and health policy fellow at Georgetown University School of Medicine in Washington, D.C., said heartburn is a common complaint among his patients, and medication is just one way to manage it.

Antono said many patients who experience heartburn respond to lifestyle modifications, such as limiting caffeine, avoiding spicy foods and steering clear of other triggers that cause acid reflux.

Eiman Nabi, a gastroenterologist at MedStar Washington Hospital Center, also in D.C., has been fielding questions and concerns from patients since the FDA made the public aware of its investigation. And in many cases, she’s switching patients to a different, but similar, drug, such as famotidine (Pepcid).

“We’re letting them know the risk — that we don’t know what the long-term impact of all of this will be — but anytime you have even a small amount of carcinogen and there are alternatives available, we recommend the patient seek the alternative until there’s more investigation or there are more results with this,” Nabi said.

Antono sees the recent news from the FDA as a good opportunity for patients to touch base with their primary care physicians about their heartburn, especially if they’ve been taking the same medication for a while.

“Sometimes these medicines are taken for years on end and they were intended for much more short-term use,” Antono said. Those concerned over the voluntary recall and sale suspension can also speak with their pharmacists.

About one-third of Americans experience heartburn once a month, according to Harvard Health Publishing at Harvard Medical School. The National Institute of Diabetes and Digestive and Kidney Diseases describes heartburn as “a painful, burning feeling in the mid-chest” caused by stomach acid that touches the lining of the esophagus.