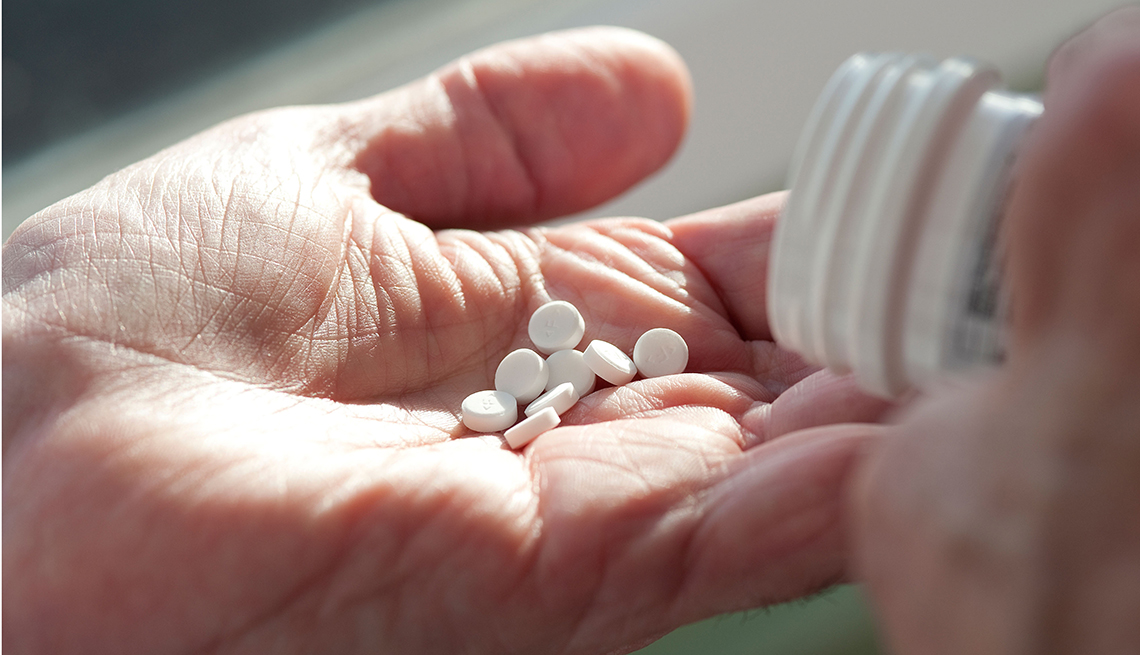 En español | Designed to “fill in the gaps” about whether daily low-dose aspirin has benefits for healthy adults over 70 — an age group left unaddressed in existing medical guidelines, a major new study published in the New England Journal of Medicine offers a clear no on that score.

The placebo-controlled, double-blind study involving nearly 20,000 healthy adults in the U.S. and Australia with a median age of 74 found that a daily baby aspirin had no effect on preventing dementia, disability or death, as well as, in a separate finding, no effect on preventing cardiovascular events such as heart attack or stroke. The study tracked participants for nearly five years.

What it did find? “An increased risk of bleeding … and a slight absolute increase in the death rate, though it’s not clear whether that was statistically or scientifically significant,” said one of the study's lead authors, Anne Murray, M.D., a geriatrician and epidemiologist at Hennepin Healthcare in Minneapolis. She noted she was a little disappointed that such an inexpensive and accessible medication targeting inflammation didn’t turn out to be an apple-a-day equivalent for older people.

If you’ve already had a stroke or heart attack — whatever your age — the risk of such internal bleeding is lower than your risk of another cardiovascular event. So you should keep taking aspirin as prescribed by a doctor. As Murray put it, “This study does not affect the advice for older people who have cardiovascular issues.” But for the specific group this study looked at, healthy adults over 70 — many of whom might have started taking aspirin on their own when hearing about its possibly preventive health benefits from something like news coverage, the risk of bleeding is not offset by any potential benefits.

Researchers also reported that the slight increase in deaths in the aspirin-treated group, compared to the placebo group, came from cancer. This was surprising since other studies have shown aspirin might help to protect against some cancers, such as colorectal cancer.

The study follows, and reinforces, another major look at aspirin's benefits published in the Lancet last month. That study found that even for those with a moderate risk of cardiovascular disease, the risk of bleeding with aspirin did not outweigh its potential heart attack-preventing benefits.