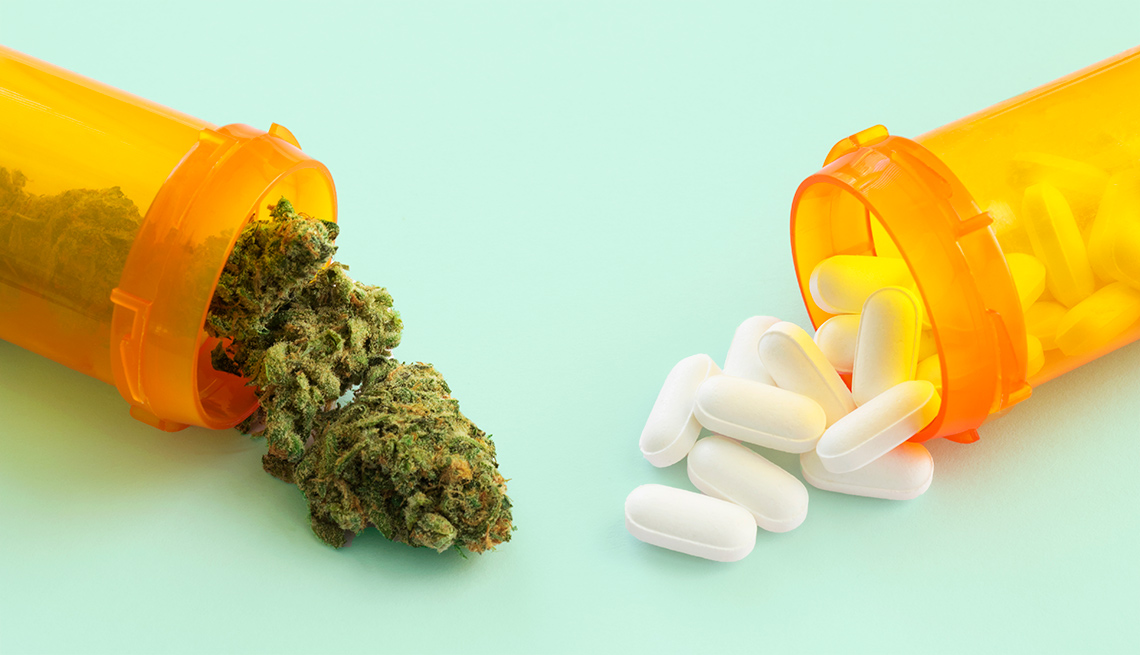 Can legalizing marijuana fight the problem of opioid addiction and fatal overdoses? Two new studies in the debate suggest it may.

The studies don't directly assess the effect of legalizing marijuana on opioid addiction and overdose deaths. Instead, they find evidence that legalization may reduce the prescribing of opioids. Overprescribing is considered a key factor in the opioid epidemic.

Both studies were released Monday by the journal JAMA Internal Medicine.

One looked at trends in opioid prescribing under Medicaid, which covers low-income adults, between 2011 and 2016. It compared the states where marijuana laws took effect versus states without such laws.

Results showed that laws that let people use marijuana to treat specific medical conditions were associated with about a 6 percent lower rate of opioid prescribing for pain. That's about 39 fewer prescriptions per 1,000 people using Medicaid.

And when states with such a law went on to allow recreational marijuana use by adults, there was an additional drop averaging about 6 percent.

The other study looked at opioid prescribing nationwide for people using Medicare, which covers people 65 years or older and those with disabilities.