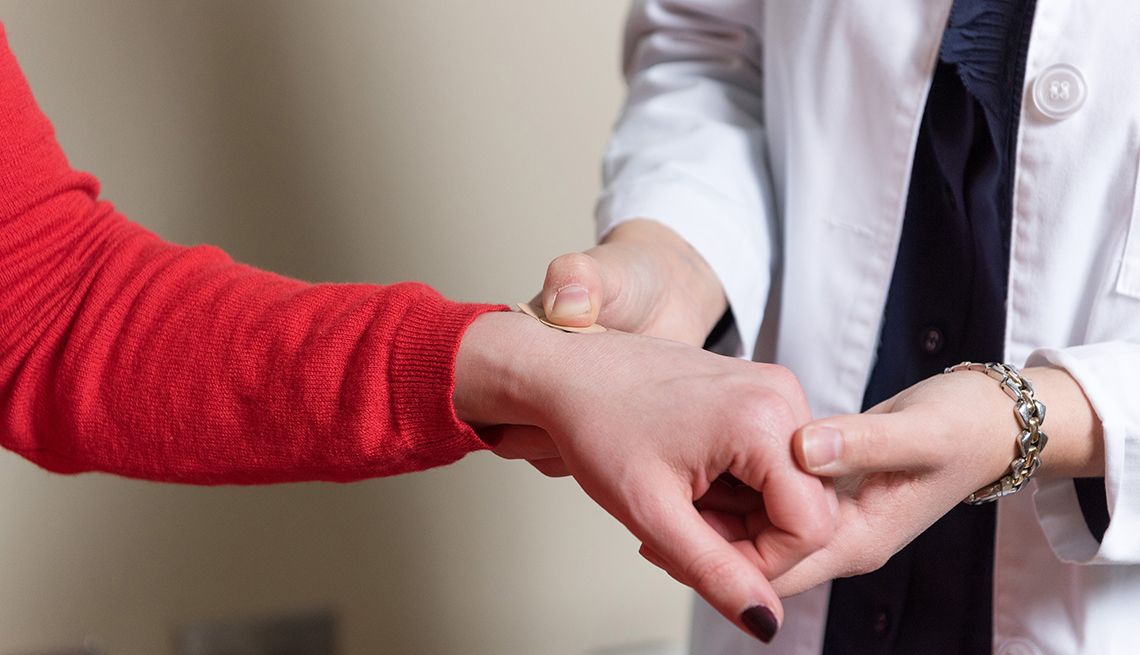 There are many reasons why people don’t get a flu shot. Soon the excuses of being afraid of needles, or being unable to make it to a doctor's office, might not be valid. Researchers have come up with a microneedle influenza vaccination patch believed to be just as effective as a shot.

“This bandage-strip sized patch of painless and dissolvable needles can transform how we get vaccinated,” said Roderic Pettigrew, director of the National Institute of Biomedical Imaging and Bioengineering (NIBIB), which funded the study.

Researchers from the Georgia Institute of Technology and Emory University tracked 100 people, who were broken down into four groups. One group self-administered an inactivated influenza vaccine through the patch, while another group received the patch vaccination from a health care professional. In the two other groups, participants received the inactive vaccine through a needle and syringe, while the remaining participants received a placebo patch. Blood tests showed antibody responses generated by the vaccine were the same with the patch as they were with the shot. And there was not a noticeable difference when it came to a health care professional administering the patch.

Here’s how the patch could work:

Researchers noted a few benefits of the patch. While it will likely cost the same as an injection, you won’t incur the cost of having it administered if you do it yourself. Researchers say it could also be mailed and last for a year without needing refrigeration.

While most study participants — 70 percent — said they prefer the patch, some did report minor redness and itching.

Similar methods for patch vaccinations could be used for measles, rubella and polio. “This technology holds promise for delivering other vaccines in the future,” said Pettigrew.

However, he said more research is needed before the patch could be made available to the public.