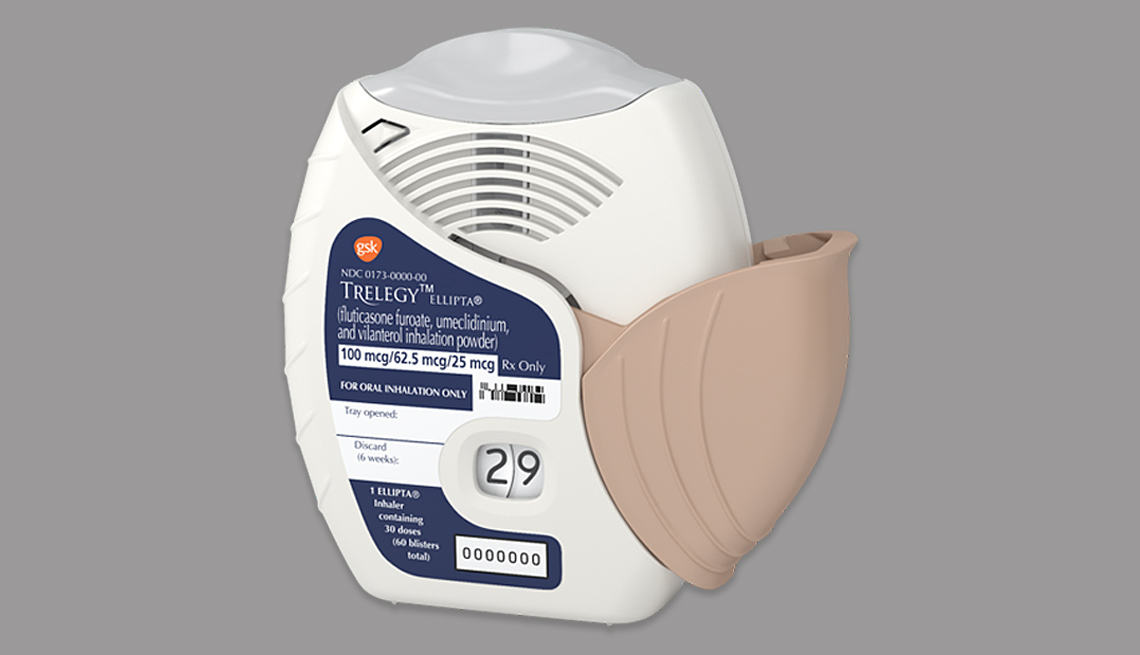 The Food and Drug Administration has approved the first inhaler that combines three medicines to ease breathing in patients with emphysema or chronic bronchitis.

Trelegy Ellipta, developed jointly by GlaxoSmithKline and Innoviva, contains three widely used types of medicine to prevent — rather than treat — flare-ups of the life-threatening breathing disorders.

Once daily, patients inhale the medicines through their mouth to open breathing passages and reduce inflammation that can make breathing difficult in people with chronic obstructive pulmonary disease (COPD), which includes emphysema and bronchitis. The disorder worsens over time, requiring patients to add more medicines to prevent flare-ups that can land them in the emergency department — or worse. Many patients use two inhaler types plus other medicines.

An estimated 384 million people worldwide have COPD, which can make everyday activities such as walking up stairs difficult. It's usually caused by cigarette smoking or exposure to secondhand smoke, chemical fumes or excess dust in the environment.

U.K.-based GlaxoSmithKline is launching Trelegy Ellipta with a price of $530 per month — which is $146 cheaper than the combined prices of two GlaxoSmithKline inhalers that contain the same three medicines: Incruse Ellipta and Breo Ellipta.

The three medicines are an inflammation-reducing steroid called fluticasone furoate, as well as umeclidinium and vilanterol, two drugs that widen narrowed airways and relax their muscles. Common side effects include headaches and other pain, diarrhea, nausea and cough. Vilanterol and similar drugs carry an increased risk of asthma-related death. Trelegy also can worsen glaucoma and certain infections.