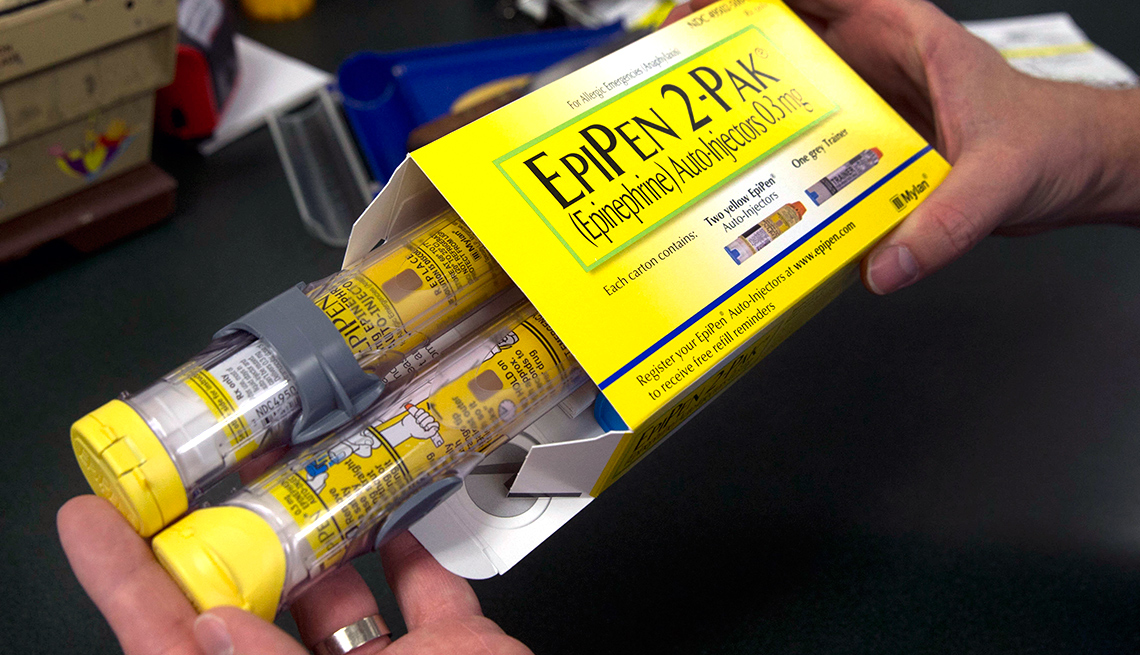 Consumers and politicians have accused Mylan of price-gouging the EpiPen.

Mylan will start selling a cheaper version of its EpiPen after absorbing waves of criticism over a list price for the emergency allergy treatment that has grown to $608 for a two-pack, making it unaffordable for many patients without insurance or with high-deductible coverage.

The drugmaker says it will make available in the next several weeks a generic EpiPen version that is identical to the branded option but will have a list price of $300 for a two-pack. It will be available in both 0.15-milligram and 0.30-milligram strengths, like the current version on the market.

EpiPens are used in emergencies to treat severe allergies to insect bites and foods like nuts and eggs that can lead to anaphylactic shock.

Consumers and politicians have accused the company of price-gouging because the list price for a pair of EpiPens has climbed repeatedly from around $94 in 2007, when Mylan acquired the product.

Last week, Mylan said it was expanding programs that help people pay for EpiPens. It doubled the limit for eligibility for its patient assistance program, so a family of four making up to $97,200 would pay nothing out of pocket. It also said it will offer $300 copay cards, up from the current $100 per-prescription savings. A company representative said Monday that the $300 cards would be available only for the branded version, but patients could use its assistance program for both the branded and generic versions of the medicine.