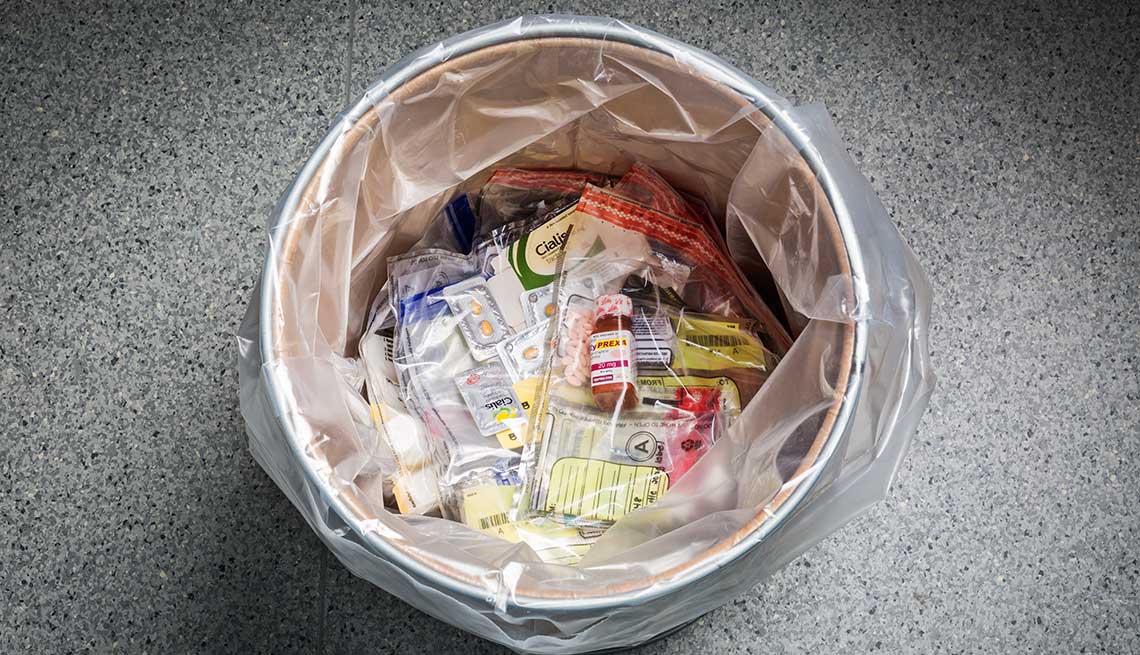 En español | Early on a March evening in 2010, Amaury and Amed Villa, two middle-aged brothers, scaled a ladder up the side of an Eli Lilly warehouse in Enfield, Conn., cut a hole in the roof, dropped down into the building and disabled the alarm system.

Outside, a tractor-trailer backed up to the loading dock. Over the next five hours, the Villas and another man used a forklift to load more than 40 pallets of pharmaceuticals, including antipsychotic and cancer drugs. By 3:40 a.m., the rig was headed for Miami, where as much as $100 million worth of medication was stashed into self-storage units. 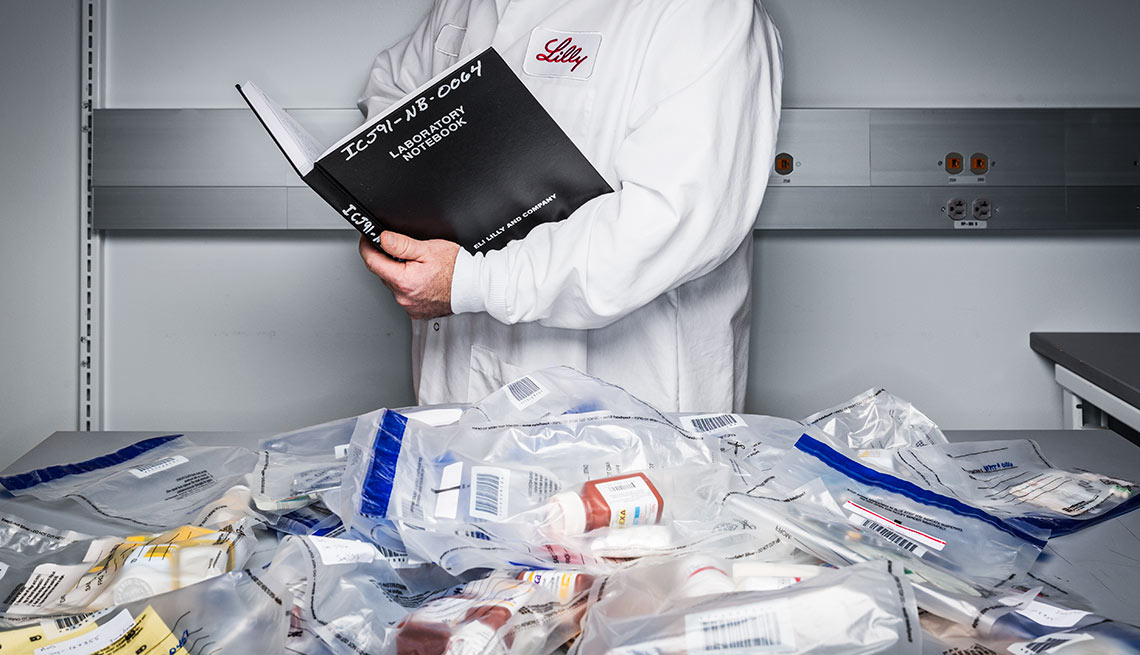 Illicit drugs are most likely to target Americans age 50 or older, who are responsible for 71 percent of outpatient prescriptions.

It wasn't the first time Amed Villa pulled a drug heist. Less than a year earlier, a group that included Amed made off with $13 million in pharmaceuticals from a GlaxoSmithKline warehouse in Virginia. In the take was $5 million worth of the asthma medication Advair, some of which later surfaced for sale to the public at 22 pharmacies in Texas, where it had entered the vast and dangerous black market for prescription drugs.

By all accounts, the drug supply in the United States is among the safest and most controlled in the world. But it's under a growing threat from organized and white-collar criminals pushing stolen, out-of-date, adulterated or fake medications. They make their way into pharmacies, nursing homes, hospitals and doctors' offices. At best, they are suspect because they are sold outside of the regulated supply chains. At worst, they may be medically worthless or even toxic.

Since 2010, nearly 1,400 adverse reactions related to counterfeit drugs have been reported to the FDA, according to data compiled by FDAble, a company that tracks undesirable reactions caused by medications and medical devices. The reports don't reflect the true size of the problem. Most people who use counterfeit or compromised medications never find out about it. If they have an adverse reaction, or don't get well, they rarely imagine a counterfeit drug may have been the cause. How many people are harmed or killed by suspect drugs? No one knows. According to Bruce Foucart, director of the National Intellectual Property Rights Coordination Center, which was established in 1999 to fight counterfeiting, "It's very difficult to prove" — even when a person dies. "Unless a complete autopsy was done, we will never know the answer."

Illicit drugs are most likely to target Americans age 50 or older, who are responsible for 71 percent of outpatient prescriptions. A series of recent breaches shows that crooks who once focused on drugs like Botox and Viagra have turned to lifesaving drugs, including medications for cancer, high cholesterol and mental health conditions.

Federal agents seized nearly $73 million in counterfeit drugs in 2014, Foucart says. But that's a tiny slice of the black market drug trade, which may exceed $200 billion internationally and account for 10 percent of the pharmaceuticals in the global supply chain. Investigators have turned up links to Russian and Armenian crime families, but some of the biggest players are American white-collar criminals who have found a niche targeting the most expensive drugs paid for by Medicare Part D.

Steve Opferman, a former health fraud investigator for the Los Angeles Sheriff's Department, says small independent pharmacies in large cities that sell drugs at cut-rate prices are increasingly likely to be offering either counterfeit or illegitimate products. He's seen criminals in some large drug heists steal expensive antipsychotic or AIDS medications and leave prescription narcotics behind, because the penalties associated with narcotic possession and distribution charges are far more severe. "If you have a whole bunch of oxycodone, that's a felony," Opferman says. "If you have a bunch of other prescription medications, that flies under the radar."

In one high-profile case, the FDA in 2012 and 2013 sent almost 1,000 letters to medical practices in 48 states warning that they may have purchased a counterfeit version of the cancer drug Avastin that had no active ingredient. Investigators traced some of the counterfeits to Montana Health Care Solutions, a pharmaceutical distributor owned by a Canadian company, which imported the fake drug from Turkey and sold it to doctors at low prices. Paul Bottomley, a British citizen who owned Montana Health Care Solutions until 2010, pleaded guilty to a single charge. His sentence? Five years' probation and six months' house arrest. (He also forfeited property in Montana, $1 million and a sports car.)

So far, there hasn't been a full accounting of patients affected by the fake Avastin, says Tim Mackey, the director of the Global Health Policy Institute in La Jolla, Calif., who adds, "This is still the perfect crime."

In 2015, a federal court in Ohio handed down an indictment involving illicitly procured drugs worth $393 million — including the HIV drugs Atripla, Truvada and Isentress, and the cancer drug Gleevec. Some of the drugs were sold to a wholesaler that faked records to make the drugs look legitimate and then passed them off to pharmacies.

The greatest risk of running into fake drugs comes via Internet pharmacies that mail drugs directly to consumers, often without a prescription. A 2014 report by the Government Accountability Office estimated there are 36,000 "rogue" Internet pharmacies, many selling drugs that contain too much, too little or no active ingredients. And some of the drugs are full of dangerous contaminants, including heavy metals, rat poison and even toxic highway paint. While sellers often advertise as Canadian to project an air of legitimacy, a 2005 FDA study found that 85 percent were based in 27 other countries. "If you are in a retirement community and you receive a flier advertising medications for 60 percent less, who doesn't want to save money?" says Thomas Kubic, president of the nonprofit Pharmaceutical Security Institute. Consumers should be skeptical of such offers.

To combat the rising tide of fakery, in 2013 President Barack Obama signed a law tightening the drug distribution system. By late 2017, prescription drug packaging must include a serial number to aid tracking from manufacturer to pharmacy or doctor's office. The law also establishes a public database of licensed wholesalers so physicians can check their sources. But experts fear crooks will be able to develop packaging that copies the new serial numbers and bar codes. 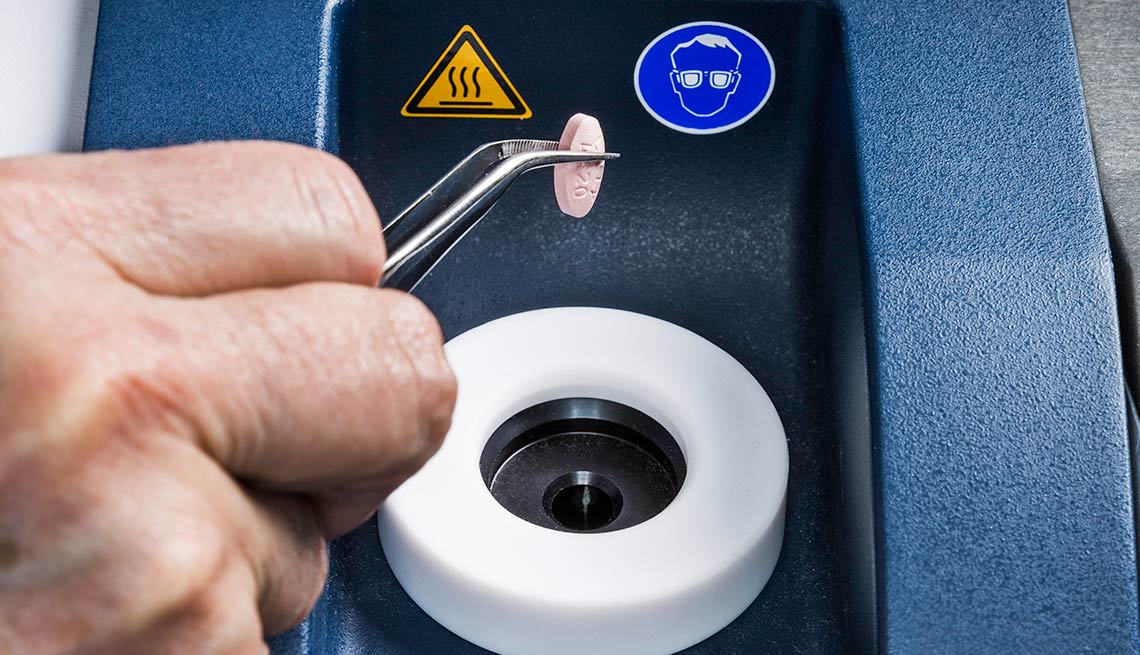 In the meantime, consumers should take sensible precautions. If you're shopping online, choose one of the Verified Internet Pharmacy Practice Sites accredited through the National Association of Boards of Pharmacy (nabp.net; go to "Programs," "VIPPS" and "Find a VIPPS online pharmacy"). Don't do business with companies selling prescription drugs without a prescription. Avoid so-called "Canadian storefronts" — small pharmacies, often located in strip malls, offering cut-rate drugs. And of course, if a price seems too good to be true, don't buy.

Victims of black-market drugs face daunting legal obstacles. Patients must prove that the medication was compromised and that it physically harmed them. "One reason it's hard is the evidence [in many cases] is destroyed as soon as it is injected or ingested," says New York lawyer Eric Turkewitz. In 2006 he settled a civil lawsuit for an undisclosed sum on behalf of Timothy Fagan, a New York man who as a teenager suffered severe muscle cramps after an injection of counterfeit Epogen to treat anemia following a liver transplant. "You will see no uproar until a counterfeit drug kills 100 people," Turkewitz says. "And it will happen eventually. You won't see any public outcry until there are dead bodies."