Refresh your driving skills and you may save on auto insurance! Sign up for the Smart Driver online course. 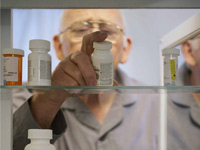