What do you need to know about Medicare? AARP's Medicare Made Easy has answers.

En español | The millions of Americans taking powerful cholesterol-lowering drugs called statins are reducing their risk of dying from cardiovascular disease, but a couple of recent developments have served as a reminder that these medications have rare but potentially serious side effects. 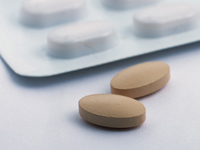 Last week an international team of researchers reported that people on high doses of statins — 80 mg — have a slightly higher risk of developing diabetes than those on low or moderate doses of 10 mg, 20 mg or 40 mg. The research was based on the results of five major studies. And earlier this month, the Food and Drug Administration warned that doctors should not prescribe new patients the highest (80 mg) dose of simvastatin — a type of statin marketed under the brand name Zocor. But it said those who have been taking that dosage for a year or more without problems may continue to do so.

People taking the 80 mg-a-day dose of simvastatin face a higher risk of myopathy — muscle pain, tenderness or weakness — the FDA says. In extreme cases, patients may develop rhabdomyolysis, in which muscle tissue breaks down, sometimes leading to kidney failure and death.

As for the increased risk of diabetes, doctors warn that it's probably not enough to warrant going off statins in most cases.

"For every one case of extra diabetes, you're probably preventing three people from having a major cardiovascular event, so … the message is not that these people shouldn't be taking intensive statins," says David Preiss, M.D., a research fellow at the University of Glasgow and lead author of the study, published in the Journal of the American Medical Association (JAMA).

"We should be telling people that for whatever reason, the diabetes risk is going to go up a little bit," Preiss adds. "But my argument would be, that's a reasonable trade-off."

Simvastatin drugs, like other statins, are widely prescribed because they have been shown to cut the risk of heart attacks and stroke by as much as half in some studies. Marketed by Merck as Zocor since the early 1990s, simvastatin is available in generic form and accounts for about half of all statin prescriptions (it is also an ingredient in Vytorin and Simcor). An estimated 2.1 million patients received prescriptions for medications containing 80 mg of simvastatin last year, the FDA says.

"The FDA has continuously updated the simvastatin drug label with new safety information regarding the risk of myopathy and rhabdomyolysis," says Amy Egan, M.D., a deputy director in the FDA's Center for Drug Evaluation and Research. Because of ongoing research, there have been seven such changes to the simvastatin label since 2001, she adds.

Next: Women over 65 are at most risk for muscle problems. >>

"The people who are knowledgeable in the lipid field have known that the 80 mg dose of simvastatin was unsafe, and we've known it for a long time," Nissen says. "The incidence of muscle injury is anywhere from seven to 15 times more prevalent with the 80 mg dose than any of the other marketed statins."

Simvastatin is riskier in part because it interacts with a variety of other medications, and the risk increases with higher doses, he says. An urgent care visit could easily result in being given an antibiotic like erythromycin, which reacts badly with simvastatin, he says. "My advice to patients is don't take the 80 mg dose. It's just not worth it."

Michael Rosenblatt, M.D., Merck's executive vice president and chief medical officer, defends the FDA recommendation. "You have to do the trade-off here," he says. "In general, if somebody is on this drug for a year or more and they are tolerating it well — that is, without muscle problems — then the benefits of staying on it outweigh the risks." Those most at risk for muscle problems include women, people over 65 and those with kidney problems or uncontrolled hypothyroidism.

Both the FDA and Merck caution patients using the 80 mg dose of simvastatin not to discontinue taking it without consulting their doctors.

You may also like: Dairy fat may lower diabetes risk. >>