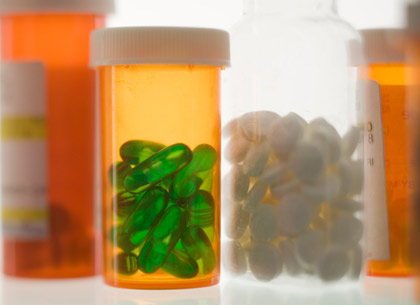 More than 20 years ago Patrick Gallagher began his long, troubled acquaintance with “a guy called pain,” as he wryly puts it.

In the late ’80s, Gallagher, now 68 and living in southeast Florida, had surgery for his lower-back pain. But as the 1990s wore on, he also developed excruciating upper-back and neck pain, exacerbated by worsening compression of the spinal column. This time he opted for conservative treatment, including lots of physical therapy.

By his late 50s, though, disability had forced him to quit work as a publishing executive—the traveling was too difficult—and then to abandon a beloved job in academia. He began drinking more than usual. Finally he sought the help of a back pain specialist on Florida’s west coast, who doubled his dose of a powerful opioid painkiller called OxyContin. And boy, did he get relief. “Sipping my rum punch as the moon rose over the gulf, I felt like I’d died and gone to heaven,” Gallagher recalls.

But the pills and booze began to cause serious worry for his loved ones. In 2005 they confronted him. His 13-year-old granddaughter, the apple of his eye, let him know just how much it troubled her when he would fall asleep at family get-togethers. Gallagher took the family’s intervention to heart, and he went into treatment tailored to older patients at the Hanley Center in West Palm Beach, where he would learn a whole new way of managing his pain—and his addictions.

Gallagher’s experience represents the latest twist on a very old problem: Prescription medications are now playing a major role in drug abuse and addiction. Today, narcotic pain relievers, such as Vycodin, Darvan and Demerol, are second only to marijuana as the country’s most abused drug, according to a survey by the federal Substance Abuse and Mental Health Services Administration (SAMHSA). Tranquilizers are number four on the list. And an even more disturbing statistic: Fatal poisonings from street and prescription drugs rose 68 percent from 1999 to 2004, with the increase overwhelmingly due to prescription pain medicines.

The latest stats show the drugs are responsible for more accidental deaths than cocaine and heroin combined, a “dramatic” shift in the pattern of risk, according to Leonard J. Paulozzi, M.D., who analyzes these trends for the U.S. Centers for Disease Control and Prevention. The number of fatal overdoses seems to peak in middle age, among people 35 to 55 years old. A CDC study looking at people who died of a pharmaceutical overdose in West Virginia during 2006 found that most had consumed a highly potent cocktail of opioid analgesics mixed with tranquilizers, alcohol or illicit drugs.

Substance abuse problems in general continue to be least common among adults past middle age, but there’s some evidence that prescription drugs are playing a larger role in that age group, too. SAMHSA reports that from 1995 to 2005, among people 65 and older admitted for drug treatment, the percentage whose main problem was alcohol dipped from 84.7 percent to 75.9 percent, while the group primarily abusing an opiate grew from 6.6 percent to 10.6 percent.

The simplest explanation for this trend is that many more people are being exposed to the drugs. For example, per capita retail purchases in the United States of oxycodone—the active ingredient in the opioid Gallagher took—multiplied ninefold in the decade up to 2007, according to the CDC study on overdosing. Aggressive marketing played a role in the increase, but at least as important was the determination to offer more humane treatment for chronic pain, including, if necessary, narcotic medication.

Indeed, persistent pain, risk for substance abuse, depression and anxiety are frequently parts of one complex package that requires careful sorting out, says Peggy Compton, a registered nurse and an expert on pain and addiction at the University of California, Los Angeles. But sometimes doctors who are concerned patients might be addicted to their medications simply stop treating them, without addressing the problem. “The patient is very likely in pain,” says Compton. “But they’re being sent out without any pain management, without anybody treating their addiction.”

What’s the average person’s risk of getting hooked? “The answer is we don’t honestly know,” says David Oslin, M.D., a geriatric psychiatrist and addiction specialist at the University of Pennsylvania. “But the sense is that the vast majority take these drugs in a reasonable way.”

It’s important, he says, to understand that anyone who’s on opioid painkillers for more than a month or two may experience uncomfortable symptoms—cold sweats, cramping and the like—if the drug is abruptly withdrawn rather than tapered off. This physiological dependence doesn’t mean a patient is addicted (a term used to describe a problem that’s more psychosocial and often more chronic), so that a patient’s daily life comes to revolve around getting the drugs despite negative consequences.

Who’s the most likely to get into trouble with habit-forming medications? Those with a personal or family history of substance abuse or addiction, mood disorders and childhood sexual abuse.

Full-blown addiction with the associated behaviors—going from doctor to doctor to get more medication, “losing” prescriptions and repeatedly pleading for early refills—probably occurs in at most 5 percent of patients taking the opioid painkillers chronically, says Oslin. A larger group occupies a gray area, taking opiates as prescribed, not getting relief, but very much attached to continuing the drugs rather than trying a different tack. “Are they addicted? In some sense, yes,” says Oslin.

Benzos, after all these years

Another class of prescription drugs that’s proved problematic, especially for older people, is benzodiazepines. Sometimes called benzos or “minor tranquilizers,” these drugs include Valium, Xanax, Klonopin and Ativan and are prescribed for anxiety, panic attacks and sleep disorders. The trend in the use of these drugs is quite different from that of narcotic painkillers. After widespread use in the ’60s, ’70s and ’80s, concern about abuse and dependency drove doctors to push for limiting benzodiazepines to short-term prescriptions. Even so, these pills remain a medical mainstay, with 10 percent to as many as 20 percent of older people reporting taking a benzodiazepine.

In research published in the Journal of General Internal Medicine in 2007, psychologist Joan M. Cook conducted interviews with 50 older patients in Philadelphia primary care practices who were routinely taking benzodiazepines, in some cases daily and for many years. Now an assistant professor in the psychiatry department at Yale University, Cook found the patients felt reliant on the pills, and some expressed a deep reluctance to try going off of them. “I see no reason why I should put myself through hell,” one patient told Cook. “If it makes me feel better, I’m gonna do it … We don’t have that long to live, and we might as well enjoy ourselves while we’re here.”

Feeling better is precisely the point, of course, even though getting off the drugs can be tough at first as anxiety symptoms rebound. In fact, increased well-being is the likely outcome, says Cook. As people get older, the same dose of a benzodiazepine packs more power and can slow mental functioning, cause excessive sedation and lead to falls or other accidents. As one of Cook’s subjects told her: “My head always feels foggy.”

During his weeks at the Hanley Center, Gallagher embarked on two recovery plans. “First is my 12-step program,” he says. “I know I can’t be a husband and a father if I don’t do that.” The other is a steady, disciplined program to ease his pain, which has included aquatherapy, massage, meditation, acupuncture, nonnarcotic painkillers and simply pacing his activities through the day. “It’s amazing,” he says. “All of the sudden your life takes on totally new meaning. I would say this is the happiest time in my life.”

C—felt you should Cut down on your alcohol or drug use?

A—been Annoyed by someone criticizing your drinking or drug use?

G—felt Guilty about your drinking or drug use?

E—had a drink or used a drug in the morning as an “Eye opener” to decrease hangover or steady your nerves?

CAGE is one of several questionnaires doctors frequently use to evaluate patients for possible substance abuse. Two or more positive responses might indicate a problem, and should be followed up with a more complete evaluation.

The Substance Abuse & Mental Health Services Administration has an online tool to help locate a substance abuse treatment facility and links to a locator for physicians authorized to treat opioid addiction with the drug buprenorphine. Or call 1-800-662-4357.

Katharine Greider of New York writes about health and consumer issues and is the author of The Big Fix.