En español | Men who use nitrates — medicine to treat occasional chest pain — should not take them with popular erectile dysfunction drugs because the combination could trigger a dangerous drop in blood pressure, the American Heart Association warns. 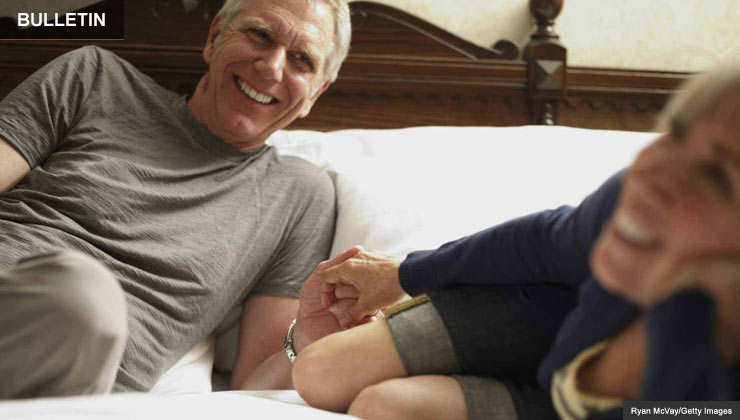 Combining erectile dysfunction drugs and heart medication can cause a severe drop in blood pressure.

Nitrates such as nitroglycerin must be avoided within 24 hours of using Viagra or Levitra and within 48 hours of taking Cialis, according to the recommendations contained in Sexual Activity and Cardiovascular Disease: A Scientific Statement from the American Heart Association.

“Anecdotal” reports of death from combining the drugs have surfaced in recent years, says Glenn Levine, M.D., a cardiologist and professor at the Baylor College of Medicine in Houston who chaired an expert panel studying the issue.

Concerns about the interaction between erectile dysfunction (ED) drugs and nitrates were first aired a decade ago, says Randall Zusman, M.D., a cardiologist at the Massachusetts General Hospital Heart Center who conducted some of the early research. All three ED drugs now carry warnings about the risk.

Men with ED typically have some artery blockage, Zusman says, and these drugs work by dilating the blood vessels to improve blood flow. Patients whose artery blockage is severe enough to cause chest pain may be prescribed nitrates — whether in a patch, a long-lasting oral form or a fast-acting nitroglycerin pill placed under the tongue — to alleviate their symptoms.

When the drugs are combined, there may be a powerful reaction, with blood pressure dropping 50, 60 or 80 points in 30 minutes, Zusman said. The mildest side effect might be a feeling of light-headedness, or a patient may faint. A more severe blood pressure drop could trigger kidney failure or a stroke. A patient who visits an emergency department complaining of chest pains should volunteer whether he has taken an ED drug.

It’s vital for both patient and physician to discuss these issues forthrightly, Zusman said. “If the physician doesn’t inquire whether the patient is sexually active and has ED and the patient doesn't offer, then you never get to the discussion of whether you can [take ED drugs] safely.”

Also of interest: How to talk to — and understand — your doctor.