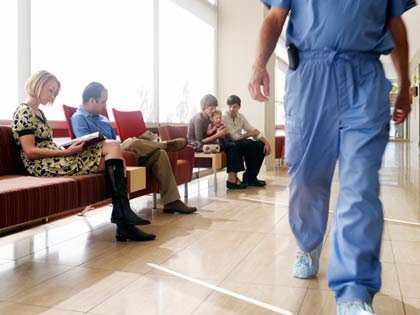 Already fighting one of the lowest doctor-to-patient ratios in the nation (ranking 49th), Idaho’s problems are growing worse. According to a new AARP survey, doctors in the state are increasingly closing their doors to new patients, especially those using Medicare and Medicaid. Roughly one in five Idaho primary care physicians aren’t accepting new Medicare patients, while 24% aren’t taking new patients under Medicaid.

Good news for those in rural parts of the state—physicians are much less likely to say “no” with only 12% of primary care physicians citing they won’t take new Medicare patients vs. 28% of urban docs, Medicaid: 13% vs. 32%, private insurance: 4% vs. 7%.

The number one reason cited by doctors for not accepting new patients was low reimbursement rates—an issue expected to get much worse as a 21% Medicare payment cut to doctors, which took effect earlier this month, hits home. AARP is calling on the U.S. Senate to pass legislation addressing the reimbursement shortfall.

“When an older patient can’t find a doctor who will accept Medicare, the local hospital emergency room becomes their new doctor’s office for even the most basic care,” said Jim Wordelman. “AARP urges Senators Crapo and Risch to make this a priority issue, and ensure even more elderly Idahoans don’t have to find their doctors, doors closed.”

In 2005 roughly 40% of Idaho physicians were 55 or older and over the next few years many may retire – leaving even fewer physicians to meet the state’s growing demands.

Key findings from AARP’s “The Doctor is Out” survey include:

“AARP is committed to working with both state and federal lawmakers to address Idaho’s health care problems such as the lack of physicians and patient access,” added Wordelman.