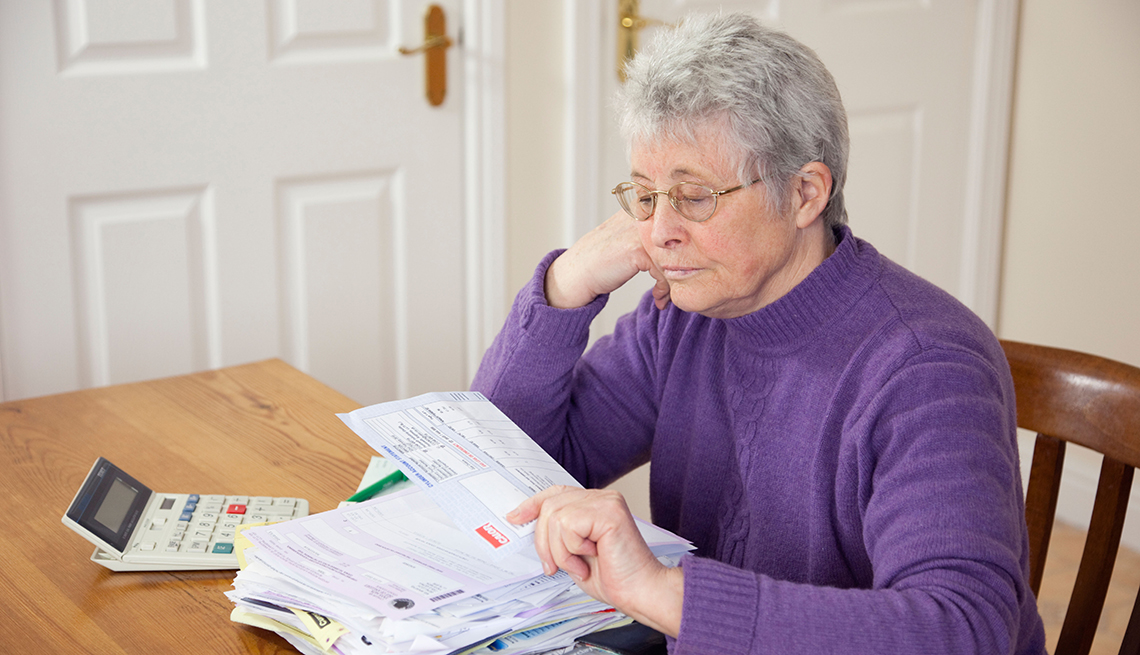 It's common for adults with Alzheimer's disease to have symptoms of the disease long before they get an official diagnosis. And during those years, a person's personal finances may take a big hit, according to a new study.

Difficulties managing money is one of the first signs of Alzheimer's disease, according to the National Institute on Aging (NIA). People with dementia are also vulnerable to exploitation and fraud. A study published in the journal Health Economics has found that households with someone in the early stages of Alzheimer's are at a higher risk for large financial losses — both in liquid assets and net wealth.

The timing of these losses is especially concerning, since an Alzheimer's diagnosis is usually followed by “a long period of caregiving costs, which are quite substantial,” says Carol Roan Gresenz, the study's lead author and a professor in the Department of Health Systems Administration at Georgetown University. The estimated total health and long-term costs of care for a person with Alzheimer's is $424,000, according to a report from the Alzheimer's Association.

Gresenz says the study's findings are a call to action for family members to check in with their aging loved ones, even if they haven't seen any signs of Alzheimer's and dementia in them. The disease is most common in adults 65 and older.

"It's always good to make sure there's a safety net — that spending is like it has been in the past and that bills are getting paid on time,” Gresenz says.

The NIA has identified some of the signs of money problems in adults who may have Alzheimer's. They include unpaid and unopened bills, lots of new purchases charged to a credit card, missing money from the person's bank account and strange new merchandise showing up at home.

In addition to friends and family, Gresenz says financial institutions may also be able to play a bigger role in protecting people in the early stages of Alzheimer's from poor financial outcomes. The next phase of her research will match credit data with Medicare data to better understand “the kinds of financial decisions and changes” behind money losses.

"So if we find, for example, that individuals with early-stage Alzheimer's disease are highly susceptible to taking on loans at a high interest rate, you could imagine a response that would direct attention to that specific financial area,” Gresenz says.

Even though there is no cure for the disease, Gresenz says there is value in an early diagnosis — especially when it comes to protecting personal finances. She says it could “alert individuals to the fact that they're at risk for poor financial outcomes” so that they could “engage the safety net of people around them to help with the financial oversight.”

More on Alzheimer's Disease and Dementia