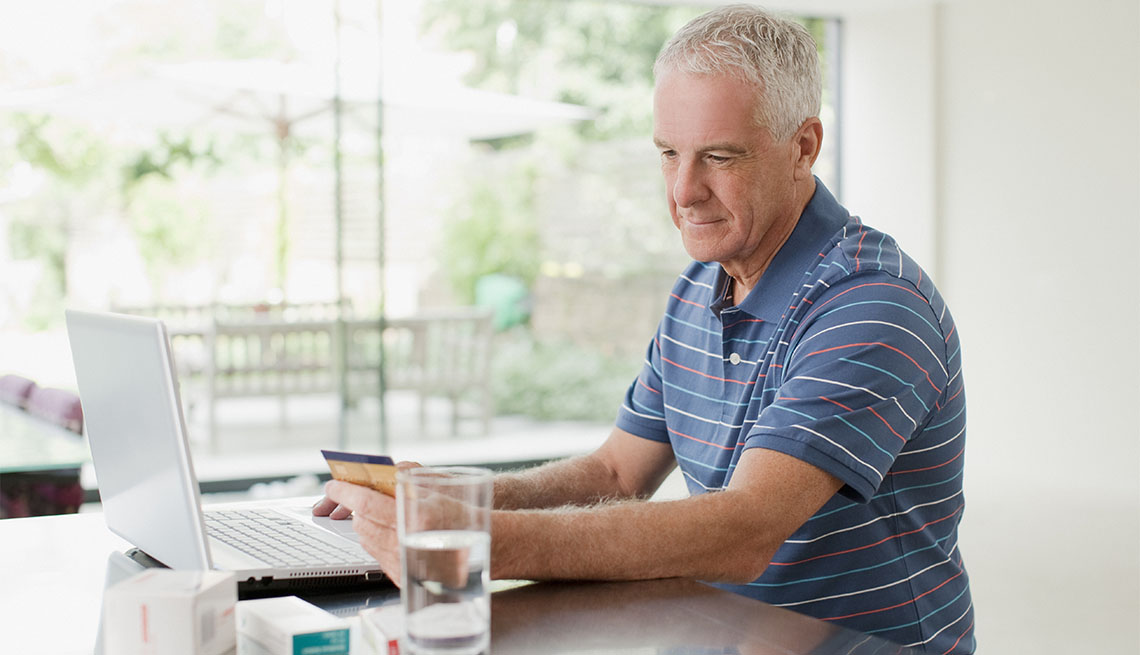 En español | While there's currently no cure for Alzheimer's disease or dementia, that cold hard fact might be easy to forget when you look at all the dietary supplements available promising to manage your symptoms and boost your brain power.

But if you're tempted to try something that word of mouth — or internet, TV or radio marketing — tells you is a proven, perhaps “natural,” way to hold onto your memory longer, it pays to be very, very wary. It's not that there's no science behind the idea that certain spices or vitamins may have memory-preserving powers. Indeed, curcumin and B vitamins, for example, have been shown to possibly have some benefits for brain health.

The problem, as a recent editorial in the Journal of the American Medical Association laid out, is that “pseudomedicine” — misleading but scientific-sounding marketing — for such supplements is spreading faster than real studies about brain chemistry could possibly come out.

This fake news of health information, the authors wrote, is helping to drive a huge market — $3.2 billion in over-the-counter “treatments” to improve cognition and brain health in 2016 — that gives false hope to sufferers of dementia and their families.

In reality, the supplements and medical interventions touted as scientifically supported are often based on the skimpiest of evidence, says the editorial's first author Joanna Hellmuth, an assistant professor at the Memory and Aging Center at the University of California, San Francisco. “As a neurologist, it concerns me that patients may be making decisions that aren't based on accurate and truthful information,” she explains. “The way federal laws are structured in the United States, supplement makers are allowed to make bold claims that are quite misleading, and they don't have to provide evidence that they're true."

In addition, there's concern that by falling for pseudomedicine, people are delaying the care they truly need. “A common situation is an older adult becoming concerned about their memory and taking a supplement to try to ward off dementia,” says Joshua Grill, director of the Institute for Memory Impairments and Neurological Disorders at the University of California, Irvine. “But in reality, if they saw their doctor, they might find out that another medical condition such as hypothyroidism, or a certain prescription medication, is causing symptoms and can be easily treated. They're just making things worse.”

And if you do have dementia, he adds, you could start a drug treatment to relieve symptoms, or enroll in a promising clinical trial. “At the end of the day, patients are just wasting time and money and they won't get either back,” he says.

Four ways you can avoid falling for pseudomedicine

Double-check the journal in which a study is published. A scientific paper extolling the miracles of a particular supplement or treatment doesn't mean it's legitimate. “It's always important to consider the quality of the study and its limitations, which sometimes can be hard even for medical doctors to discern,” says Hellmuth. There's a growing network of predatory “open access” journals where the only requirement for admission is willingness to pay a hefty fee. “These journals often have titles that sound convincing and can even fool scientists looking to publish their work,” explains Hellmuth, who adds that she fields daily emails from these journals requesting submissions. Check the journal against Beall's List of Predatory Journals and Publishers or the Directory of Open Access Journals, to make sure that they're reputable.

Realize that supplements and unproven treatments can be dangerous. Since most supplements, for example, can be purchased without a prescription, many consumers assume that they're relatively benign. But that's not always true. Case in point: A 71-year-old woman developed liver failure after taking turmeric, a supplement often touted as a way to reduce risk of dementia, according to a report published last year in BMJ Case Reports . “It's truly the Wild West out there: We really don't have a clear sense of how many of these things interact with each other and with prescription medications,” Grill says. That's why it's so important to check any supplements and therapies you're considering with your physician beforehand.

Be suspicious of treatments and therapies not covered by insurance. Clinics that offer what they call “cutting-edge treatments” — such as a variety of stem-cell clinics issued warnings by the FDA recently — which don't take Medicare or other insurance should be greeted with skepticism, experts say. So too should any supplements or products sold in a physician or provider's office. “Any information you get on them will be slanted towards sales,” warns Stephen Barrett, a retired psychiatrist, cofounder of the National Council Against Health Fraud and the webmaster of Quackwatch. Do your own research on any clinic on a government-funded site such as the National Center for Complementary and Integrative Health.

Ask yourself if you really need a pricey therapy or program. Some things, such as recommendations for a brain-healthy diet or exercise program, may seem perfectly harmless. But it's a good idea to ask yourself if you really need to shell out money for it, Grill points out. “There's a lot of false marketing around certain programs that are being sold as having a rigorous evidence base, when there's no proof that they're any better than the free dietary counseling you'd get in your doctor's office,” he says.