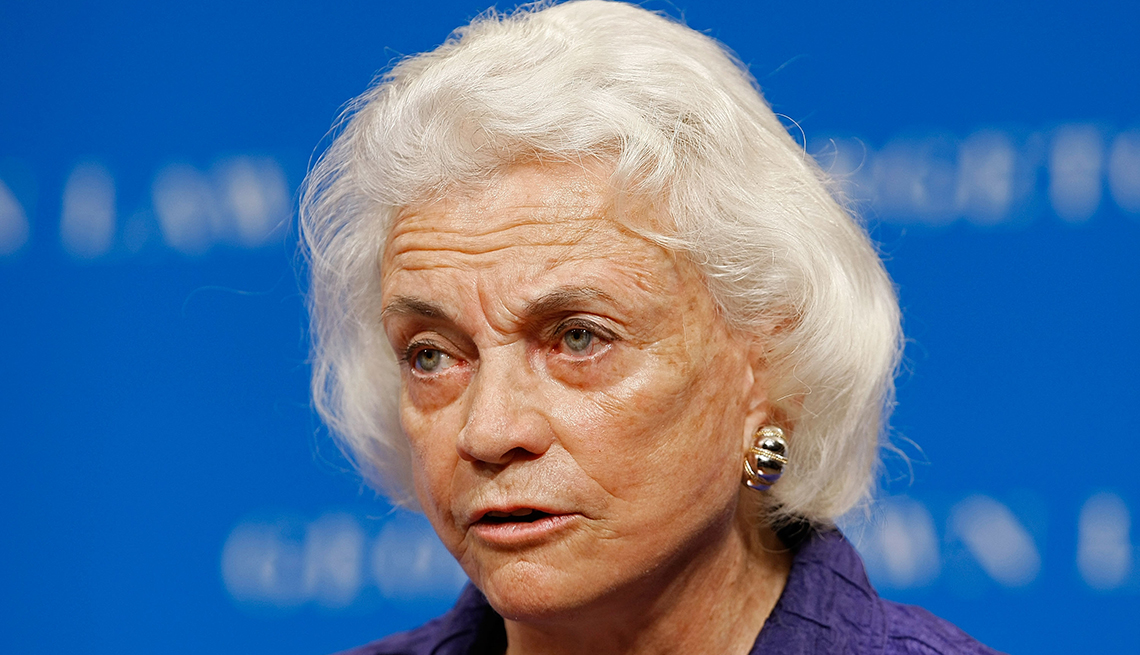 Former Supreme Court Justice Sandra Day O’Connor announced in a public letter today that she has been diagnosed with early stage of "dementia, probably Alzheimer’s disease,” and is withdrawing from public life.

O’Connor, 88, was nominated by President Ronald Reagan in 1981 and was the first woman justice appointed to the highest court in the country. She retired in 2006, in part to care for her husband, who had Alzheimer’s disease. She committed her postretirement years to advancing civics learning and engagement, and created the nonprofit organization iCivics to encourage middle and high school students to be involved citizens.

"We respect and are proud of the courage that Sandra Day O’Connor displayed today. We should not be frightened nor fear sharing a diagnosis of dementia,” said Charlotte S. Yeh, AARP chief medical officer. “More than ever, we must continue to explore and commit to the science and research to understand the origins of dementia, the diagnosis, treatment and, yes, the cure."

Yeh said O’Connor's diagnosis of dementia “does not diminish her current stature, brilliance and place in history. Nor does it diminish her contribution each and every day."

AARP in June announced its investment of $60 million in the Dementia Discovery Fund (DDF), which invests in research and development of breakthrough treatments for dementia.

Chief Justice John G. Roberts also offered praise in a released statement. “Justice O’Connor is of course a towering figure in the history of the United States and indeed the world,” he wrote. “She broke down barriers for women in the legal profession to the betterment of that profession and the country as a whole. She serves as a role model not only for girls and women, but for all those committed to equal justice under law.”

In the letter addressed to “Friends and fellow Americans,” O’Connor acknowledged that she learned about the diagnosis “some time ago” but wanted to be open about the changes in her status and activities. “While the final chapter of my life with dementia may be trying, nothing has diminished my gratitude and deep appreciation for the countless blessings in my life,” she wrote.

“I hope that I have inspired young people about civic engagement and helped pave the pathway for women who may have faced obstacles pursuing their careers,” she continued. “My greatest thanks to our nation, to my family, to my former colleagues, and to all the wonderful people I have had the opportunity to engage with over the years.”