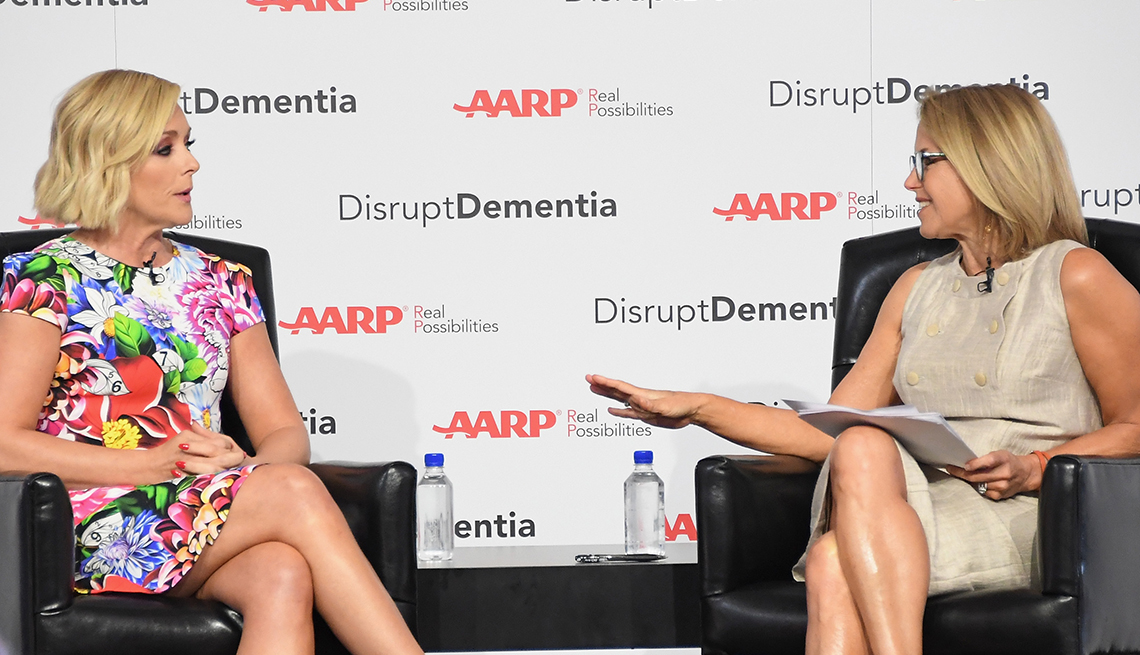 While she’s best known for being brilliantly funny — playing loony but lovable characters like Jenna Maroney in 30 Rock and Jacqueline White in Unbreakable Kimmy Schmidt — Jane Krakowski, 49, sat down with AARP for a very serious talk about vascular dementia, the disease that claimed her father, Edward Krajkowski, in August 2016. In the time since then, she’s continued to work at her usual dizzying clip as well as to raise her young son. But the loss of the man she credits with everything from the inspiration for her career to her sense of humor runs deep. While sharing warm memories of her father was not easy for her, Krakowski says she’s determined to lend her voice to the hunt for better dementia treatments and to help other families facing the disease know that “they aren’t alone.”

Your father was a huge influence on your career, and a great listener. Tell me a little more about him.

My father was hilarious, and a smart, well-educated man with several degrees. He had hobbies like magic and community theater, which developed into an interest in country music and dancing. My parents had a lot of interests outside of their occupations, which would fill their fun times and weekends. My father taught himself so many things, like piano and guitar. He used his brain in so many ways, yet he was still afflicted with early-onset dementia. So, you know, it could hit any of us at any time.

How old was he when those first signs of a problem appeared?

He started having signs that something was wrong around 61, while he was still working as an engineer. He felt that he needed to retire as quickly as he could because he was worried about starting to make mistakes. But at that time we didn’t have any idea what it could be. There were no known cases of dementia in our family.

How long did it take to get a diagnosis?

It was about four years until he was diagnosed with early-onset dementia, and then it was maybe another five years before he was ultimately diagnosed with vascular dementia.

He noticed at work that something was not right, but had you or anyone in your family noticed anything about his memory or behavior that seemed off?

There were little signs along the way. My father was somebody who was very focused, and if he needed to remember a daily activity or a daily chore, he would always write it down. But at a certain point, what we thought was his little quirk became him needing to do it.

As his disease progressed, the signs evolved into things like him having trouble remembering my son Bennett’s name — because newer information was harder to retain than, say, talking about his childhood. As he got older my dad would just say, “Where’s the little guy? I want to see the little guy.” So we all started calling my son the little guy just to not make it about my father’s disease. It became a nickname, and my son gave my father a nickname, too. Because he loved my father and he loved spaghetti he called him Eddie Spaghetti.

How great they got to spend some time together.

They did and it was very sweet. They had great, joyous times together, and I felt my son got to know my father in the way I knew him. I see many traits in my son that remind me of my father, and those are wonderful days when I see my father’s spirit alive through my son.

Was your father aware of his illness or his own decline?

That was one of the curious things to me and my family. We thought that the patient was less aware of their decline, and that may be the case with Alzheimer’s patients. But with my father, although he had dementia for a very long time, he was always aware that the decline would happen. And that was very hard for him. From early stages of “I can’t remember that” to “this is frustrating to me” to being very aware that he couldn’t take care of basic human needs for himself any longer … he knew. One of the hardest things for us was the fear he had through every stage. Knowing he felt that fear and knowing that he knew about his decline was very hard on those of us who wanted to care for him and wanted to stop that for him.

What are some of the best memories of spending time with your father after his diagnosis?

One of the great memories of my father — and something we had greatly in common — was our love of musical theater. During the process of my dad being diagnosed with vascular dementia, I was in a show on Broadway called She Loves Me, a play my father had performed in community theater. And so it was a very beautiful moment for me to share that with him, although at that point, we had to bring the show to him. The lovely thing was that the musical happened to be filmed to be on PBS — which is very rare, for musicals — so he got to watch it in his living room, which was really nice.

At AARP we focus on caregiving and the difficulty and demands of the role. Going through this, were you almost more concerned for your mother, as his primary caregiver, than for your father?

This disease is so hard on the patient, but I think it’s equally or almost a little harder on the people who are caring for them. It is extremely hard to watch your loved one disappear from you while they are still with you. That is a very unusual experience and a very tough one. God bless caregivers around the world because it is a very, very hard thing to do. But my mom was incredibly strong for my father and rose to every task that came to her because of my father’s illness. I was always so incredibly impressed by her dedication and patience and devotion.

But as the years went on, my brother and I felt we needed to seek out some help for my mom, too, even if it was just a few hours off, where she could do something for herself, or step away for a moment just to grieve. We sought out local support groups for caregivers as well as for the patients, and I think it helped my mom a lot to know there was a community around her of people going through the same thing.

It’s great that she accepted the help. Was it a struggle to get her to do so, or she was ready?

It was probably a little bit of a struggle for my mom, but she also needed the help. Because he had vascular dementia, my dad lost the ability to move his body at all, so we couldn’t move him without help from other people, at times, which was a difficult truth. But we were very lucky to be able to keep my father at home and to keep my mom as the sole caregiver. And I really think they relied on each other throughout the whole process. We were lucky as well to be able to bring a caregiver into our home to get us through the hardest and last stages.

What was your role was in the caretaking process?

Nine out of 10 visits, I was with my son, so that would naturally bring youth and joy into the room. There were also many times in the process when my father liked to go down memory lane, to the capacity he could at that time, and we would all absorb the memories he’d bring to the dinner table, say. He would light up when he could remember certain things, and that brought joy to him, and that brought joy to us.

Yes, there also were not-so-great times of setting up caregiving and trying to find doctors who might have solutions — that’s just an ongoing part of having someone in your family with this disease. But I like to think more of the times I was able to get him out of his wheelchair and dance with him. We’d put on some music and have a dance party with my son, and those are great memories I have of the later days that we had together. I remember those times so clearly even up to the very end, and that is what helps you through.