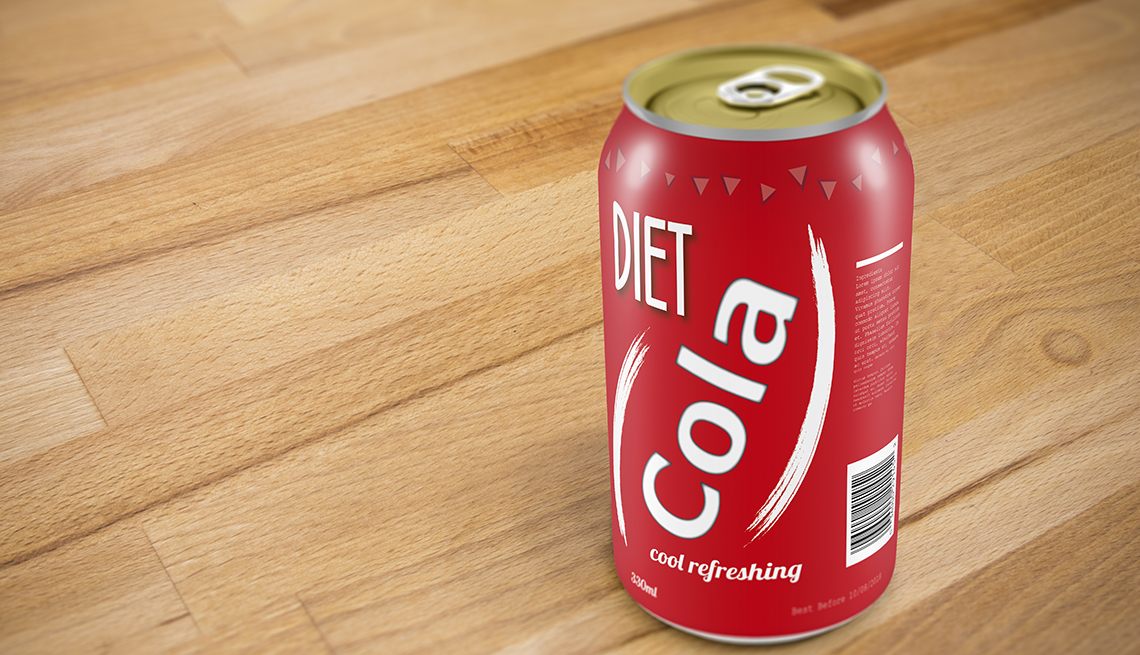 It’s no surprise that old age is the biggest influence on whether you get Alzheimer’s, but you may raise an eyebrow over what can seem like an endless scroll of other potential risk factors for the deadly brain disease. After all, recent studies have tied an increased risk of dementia to breathing polluted air, drinking a daily diet soda, undergoing anesthesia, being “sleepy” in the afternoon, and, if you're a woman, to either having lots of kids or not having enough of them, depending on which set of results you believe.

For those who feel like throwing their arms up in defeat, “it’s important to remember that risk factors are just that — factors, not fate,” says Gregory Jicha, M.D., a professor at the University of Kentucky’s Sanders-Brown Center on Aging. “We see folks all the time who have done everything right and still come down with dementia, and those who do everything wrong and never have an issue. It’s not something you can completely control.”

What’s more, experts note that many studies are quite limited in scope, with findings that may be interesting or useful to an Alzheimer’s researcher — as one piece of information in a complex array of genetic and environmental factors possibly causing changes in the brain — but that aren’t meant to influence behavior on an individual level. Findings that seem eerily specific  — say, how “sleepy” someone feels at 3 p.m., or how he or she responds to anesthesia — may in fact reflect larger, underlying conditions, such as how well someone sleeps in general, or how healthy he or she is before going into surgery.

That said, it is helpful to understand a smaller set of proven, significant and actionable risk factors, Jicha says. You may not be able to turn back the clock (or move to a less-polluted city, or change the number of children you had), but there is plenty you can do to protect your brain health. We asked experts to pinpoint the most important dementia risk factors — the ones you really need to focus on.

Factor in your health needs when deciding on Medicare coverage.

Anything that blocks or reduces blood flow in the body — a stroke, heart disease — also increases your risk for dementia. After all, your brain has a critical need for uninterrupted blood circulation, so it’s important to keep those vessels free and clear. Quit smoking, and work to get conditions that can harm your vascular health under tighter control. These can include high blood sugar, high cholesterol, obesity and, especially, high blood pressure. High blood pressure, or hypertension, is strongly associated with an increased risk of dementia — more so than any other single health condition. This may be in part because of its prevalence, says Jicha, who notes that between 70 and 80 percent of older adults have high blood pressure. “It’s also a silent risk factor that you can carry for years without realizing it,” he says. “That’s not the case for diabetes or obesity. It’s hard to run away from those conditions the way you can with high blood pressure.”

“Your brain is not some isolated organ,” says James Hendrix, Ph.D., director of global science initiatives for the Alzheimer's Association. “What’s healthy for the rest of your body is healthy for your brain.” That’s particularly true for physical activity, which not only improves your overall vascular health, but also may directly impact your brain’s ability to generate new nerve cells.

In animal studies, scientists have found that sustained moderate exercise (in humans that’s about 20 to 30 minutes) causes the body to produce a neurochemical called BDNF, or brain-derived neurotrophic factor. This chemical increases the rate at which new nerve cells are created by up to 500 percent. “In humans, we can see the BDNF increase, but we can’t crack open their brains to see whether they’ve given birth to new neurons,” says Jicha. “Still, we believe it may influence risk directly by compensating for the neurons lost in the disease process.”

Some recent studies have found that a high level of education may help keep dementia at bay. But experts say the association between extra years spent in school and a lower dementia risk likely has more to do with mental stimulation than whether your name ends with an M.A. or a Ph.D.

Verghese serves as clinical director for the Einstein Aging Study, which has found that both higher education and engaging in high levels of stimulating activities are protective against dementia. “But if you consider them both together, having education decades ago is less important than engaging in mentally stimulating activities right now,” he says. “In fact, in patients who already have dementia, engaging in mentally stimulating activities can help slow cognitive decline and prevent behavioral disturbances, even more so than some medications.” Keeping your brain active is a lifelong pursuit, but it’s especially important as you grow older, when retirement can mean fewer day-to-day mental challenges. Consider taking advantage of opportunities to go back to school (there are colleges in almost every state that offer free or reduced tuition for senior citizens.) Even the classroom-averse can take up puzzles or brain games, learn a new language or join a book club — anything to stretch your mind.

Losing a spouse can increase your risk for dementia. So can a lack of friends or other social connections. The common thread: isolation and loneliness. Among older adults outside of nursing homes or other institutions, nearly a third live alone. And without a job, nearby family or other regular opportunities to socialize, it’s easy to find yourself engaged in mostly solitary pursuits. “Not everyone wants to go to a senior center and engage in activity,” says Verghese. “But it’s clear that social stimulation is important for cognitive health.” Anything you can do to break free from isolation will do your brain good. This may include taking a class (see above), volunteering, joining a club or exercise group, attending religious services, going to lectures or book readings, or even becoming a regular at a local cafe.

“Deafness is something we didn’t recognize as a risk factor even 10 or 15 years ago,” says Verghese. However, studies show that it has an effect on cognitive health, perhaps by cutting sensory input to the brain. Indeed, people who don’t get their vision checked or have untreated vision loss also have been shown to be at higher risk of cognitive decline. Hearing loss also has the effect of magnifying social isolation, making it difficult to participate in normal activities and leading to loneliness, stress or depression. The good news: “Good hearing aids are expensive, some people are embarrassed to wear them, but the fix is easy,” says Verghese.

“When I was a kid, there was no such thing as a bike helmet,” says Jicha. There probably wasn’t when you were a kid, either, so growing up or in young adulthood, you may have had a head injury and thought nothing of it — this falls under that “non-modifiable” category of dementia risk factors, such as your age. Today, however, it’s vital to protect your noggin. As older adults continue to stay active long past retirement age, it’s important to realize that additional injuries can be catastrophic to the brain. Traumatic brain injury, or TBI, increases your risk of chronic encephalopathy (a condition affecting many retired professional athletes) as well as Alzheimer’s disease. “It’s not just ‘Did you have a significant injury when you were in Vietnam?,’” says Jicha, “but ‘How are you protecting your head today?’”

The quality of your sleep can degrade as you get older, but if you’re regularly experiencing insomnia or you suspect you may have sleep apnea, a condition in which breathing is repeatedly interrupted during sleep, and that is most commonly marked by loud snoring, you should talk about it. “Studies have shown an association between apnea and disrupted sleep and a higher risk of Alzheimer’s, and the risk seems to really increase later in life,” says Hendrix. “Apnea seems to increase risk even independent of other issues, like obesity,” which is a factor in both sleep apnea and dementia. Part of the reason may be that apnea disrupts oxygen flow, says Hendrix, meaning parts of the brain may not be properly nourished. Sleep apnea has also been strongly linked to higher risk of stroke.

There’s also evidence that sleep is when our bodies are most able to get rid of amyloid proteins, which are made in the brain and may contribute to Alzheimer’s disease by disrupting communication in the brain and killing brain cells, says Jicha. “Everyone makes these proteins, but the reason we don’t all have Alzheimer’s is that we’re able to get rid of them more efficiently than they’re produced,” he says. “But that balance can tip as we age, and the role that sleep may play is intriguing.” The good news is that there are more and better treatments than ever for people with sleep apnea, including non-constricting supplemental oxygen masks, nasal-only masks and corrective surgeries. “It’s no longer CPAP or nothing,” says Jicha.

You may have heard that specific foods or supplements can either help ward off dementia (fish oil!) or put you on track for the disease (diet soda!). But experts say that the overall quality of your diet is much more important than any specific item in your pantry. “Are we saying you should never eat fast food? No,” says Hendrix. “But you shouldn’t make it a regular part of your diet.” So is there a best way to eat? Hendrix suggests abiding by the Mediterranean diet, which has been shown to reduce your risk of a number of serious health conditions, including dementia, most likely by improving vascular health but possibly also by impacting the buildup of amyloid proteins in the brain. So fill your plate with lots of produce like leafy greens, fish and foods high in unsaturated fats such as nuts and olive oil.

AARP is disrupting dementia with a major investment in the Dementia Discovery Fund – a pioneering new fund providing support for next wave of innovative brain research.