5 Ways to Lower Your Blood Pressure Without Medication 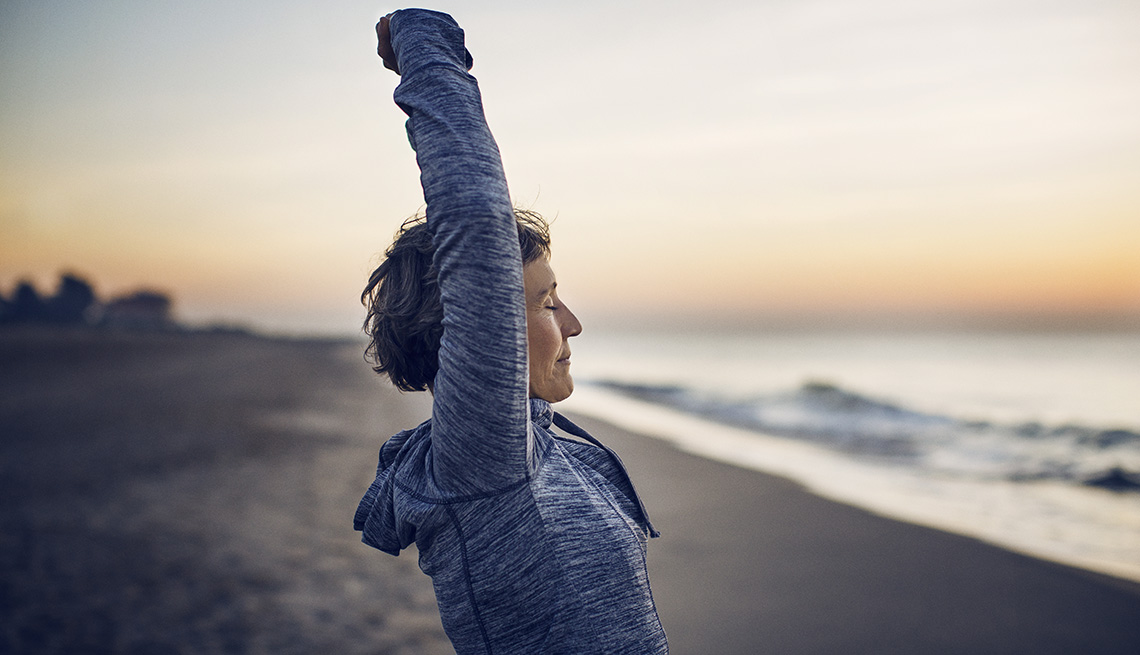 Before David Hampshere, 55, started taking medication for high blood pressure, his numbers soared to an unhealthy 150/100 millimeters of mercury (mm Hg). For comparison, a normal blood pressure should clock in below 120/80 mm Hg, according to the American Heart Association.

But when Hampshere, a Florida-based real estate investor, lost 80 pounds over a period of nine months, his blood pressure dipped down to normal. With the extra weight gone — and a daily game of pickleball to keep it off — Hampshere’s doctor let him experiment with going off his blood pressure medication. And by Hampshere’s next exam, his doctor agreed the medicine wasn't needed anymore.

Yet if left untreated, hypertension can lead to heart attacks, strokes, heart failure and kidney disease, particularly among men and people of color, says Kendra Sims, an epidemiologist at the University of California at San Francisco (UCSF) School of Medicine.

Here are a few more unexpected strategies, though it’s important to note that if you’re on blood pressure medication, you should never stop taking it without consulting your doctor.

High-intensity breathing using a device that creates resistance when you inhale led to lower blood pressure readings over time, according to a new study from the University of Colorado in Boulder.

The effect is comparable to that of aerobic exercise, such as walking or running — though you’ll want to continue your regular workouts for other health benefits. And this breath training can lower blood pressure as effectively as hypertension medications, researchers have noted.

“If that’s maintained over the long term, that’s enough to decrease the risk for cardiovascular disease by 25 percent,” Craighead says.

Participants in the study used a device called PowerBreathe, but there are similar devices on the market to get your diaphragm and other breathing muscles in better shape — and to possibly lower your blood pressure.

You may have heard that you need to get in 10,000 steps a day for good health, but it looks like 8,200 may be the magic number, according to new research from Vanderbilt University Medical Center in Nashville. The study, which included more than 6,000 people with a median age of 57, used electronic health records as well as data from their Fitbit devices to reach this conclusion.

This step count was not only key to lowering blood pressure, but it also helped keep weight under control. People who were categorized as overweight were able to lower their risk of obesity by 64 percent by stepping it up and increasing their daily step count to 11,000.

Researchers from UCSF analyzed the effects of various lifestyle approaches to lowering hypertension and estimated that widespread adoption of the diet — which emphasizes fruits and vegetables, lean protein and low sodium — could prevent 26,000 heart-related events and close to 3,000 deaths.

The researchers only focused on people with stage 1 hypertension, notes Sims, a coauthor on the study, published in the journal Hypertension. “The benefits are probably bigger because if we all followed the diet, we would stop people from even being in the higher risk groups,” she adds.

Similar to the Mediterranean diet, the DASH eating plan calls for:

And while it may take time to get used to all the extra fiber, the results speak for themselves.

Recent Chinese research suggests this gentle exercise, which involves slow, flowing motions and deep breathing, can improve hypertension. The study of 208 people with somewhat elevated blood pressure found that those who practiced tai chi for three months significantly decreased their blood pressure, compared to those who didn’t.

How does it work? Like any form of aerobic exercise, tai chi is intrinsically healthy for your heart and blood vessels. Plus, it’s an excellent form of stress relief and may even pack some brain-boosting benefits.

When researchers at the University of Saskatchewan in Canada studied the effect of walking on older adults with hypertension, they found that a control group of people assigned to do simple stretching exercises actually had lower blood pressure readings than those who walked.

“We stumbled into this by accident,” says study author Philip Chilibeck, professor of kinesiology at the University of Saskatchewan. That finding led to a formal study comparing the two activities. The result: Five days a week of stretching for 30 minutes led to greater improvements in blood pressure than five days of 30-minute walks.

To stretch your hamstring muscles (back of the legs), place your foot on a low stool or step and lean forward until you feel the stretch in the back of your leg.

To stretch your quadriceps (front of the thighs), lie on your side with your knee bent behind you. Grab your foot and pull it back toward your butt, feeling the stretch in your front thigh.

Stretch the calves by placing your foot against a wall and leaning forward until you feel the stretch in the back of the lower leg.

Hold each stretch for 30 seconds, then take a break, Chilibeck advises. Repeat the stretch three or four times with both legs. “This is especially useful for people who tend not to be very active,” Chilibeck says. “And it will improve the flexibility of your joints to boot.”​​

8 Blood Pressure Medications That May Help Your Memory

Top 15 Superfoods for People Over 50

Are these health boosters in your pantry and fridge?