Older Adults With HIV Reflect on the ‘Aging of an Epidemic’

Cecilia Chung never expected to live past 30. Diagnosed with HIV in 1993 when she was 28 years old and just beginning her gender transition, Chung was told she had six months to a year to get her affairs in order.

“The thought of growing old never crossed my mind,” she says. “It was just about survival.”

Now 56, Chung, of San Francisco, is among the so-called silver tsunami of people aging with HIV. As of 2018, more than 50 percent of the estimated 1.2 million people living with HIV in the United States were 50 or older. Many are long-term survivors who, like Chung, were diagnosed with HIV before the first effective treatment regimens became widely available in the mid-1990s.

Despite medical advances that now allow people to live with HIV for decades after diagnosis, long-term survivors say they continue to face mental, physical and financial challenges as they grow older with a virus they never expected to survive in the first place.

Leading a ‘life of isolation’

Aguilar, who has now been living with HIV for more than half his life, had to cope with his own diagnosis (he was told he had five years to live) as he was witnessing the devastating toll of the AIDS epidemic, which ravaged friend groups and communities in cities like his native San Francisco.

He lost his first friend to AIDS, the disease caused by ﻿the human immunodeficiency virus or HIV, in August 1981, just a few months after the CDC released its initial report about a rare lung infection — a complication of AIDS — found among previously healthy young men. The deaths of those close to him haven’t stopped since, he says.

“When you are the sole survivor of your entire social circle … it takes its toll emotionally, mentally, spiritually,” he says. “It’s a life of isolation, when you’ve seen the devastation that we have.”

Long-term survivors like Aguilar are vulnerable to AIDS Survivor Syndrome, a PTSD-like condition that stems from living through the trauma of the AIDS epidemic and can cause symptoms ﻿such as depression, anxiety, low self-esteem and social withdrawal.

According to Aaron Tax, director of advocacy for SAGE, a national nonprofit for LGBTQ elders, there are similarities between people aging with HIV and older LGBTQ adults. Both groups are more likely to be single, less likely to be partnered and less likely to have children than their peers. “They’re facing their older years more alone than the population at large,” he says.

But the effects of aging with HIV aren’t just social and psychological. The virus and the medications used to manage it also take a physical toll: ﻿People aging with HIV are at increased risk of conditions including cardiovascular disease, bone loss, diabetes, kidney disease and certain cancers.

“I feel like I’m in a 67-year-old body,” says Barb Cardell, 57, of Boulder, Colorado, who has been living with HIV since 1991 and works as a training director for Positive Women’s Network, which advocates on behalf of women living with HIV.

Cardell, who uses they/them pronouns, has experienced health effects including prediabetes and neuropathy in their hands and feet, which they acknowledge will one day limit their ability to engage in some of their favorite hobbies, like hiking.

As they get older, Cardell says their focus is on how to maintain quality of life while living with HIV. Or, as they put it, how to “move beyond surviving with HIV to thriving with HIV.”

Such thriving, physically speaking, can be a challenge for long-term survivors. Research has shown that people living with HIV experience age-related physical changes at a rate that outpaces their chronological age, a process known as accelerated aging.

HIV also affects the brain. Researchers estimate that up to half of people living with HIV have HIV-associated neurocognitive disorder (HAND), a spectrum of cognitive, motor and mood changes that affect daily living. The most severe form of HAND is HIV-associated dementia.

“HIV doctors are not necessarily used to working on aging issues ... we have gerontologists and other doctors who are not necessarily familiar with working with people with HIV,” Tax says. “There needs to be more done to make sure that these two respective groups of medical professionals are prepared to deal with the aging of the epidemic.”

Planning for an uncertain future

Financial security and retirement planning are also realms in which long-term survivors often struggle. For those diagnosed during the early days of the AIDS epidemic, when an HIV diagnosis was likely to be fatal, it wasn’t uncommon for people to cash in their life insurance policies, spend down savings or be forced to stop working full-time.

Aguilar says that he and many other long-term survivors rely on disability benefits (which limit recipients’ ability to earn other income) and programs like Medicare and supplemental insurance to cover the cost of medications, which can total thousands of dollars per month.

For those who are still working, employment poses problems of its own. “It’s hard to have a [salaried] job unless the employer can provide accommodations,” says Chung, director of evaluation and strategic initiatives at the Transgender Law Center, a transgender-led civil rights organization. “We’re more likely to have to take sick days than some of our coworkers.”

Given these HIV survivors’ social, physical and economic vulnerability, opportunities to foster a sense of connection and community are crucial means of supporting long-term survivors as they age into midlife and beyond.

Aguilar, for example, participates in the San Francisco AIDS Foundation’s Elizabeth Taylor 50-Plus Network, which brings together gay, bisexual and transgender men 50 and older for social activities and volunteer opportunities.

He also works with the next generation of HIV activists through the foundation’s HIV Advocacy Network, an intergenerational group working to end the AIDS epidemic and improve the lives of those living with HIV.

Ongoing efforts to raise awareness and combat stigma about HIV and AIDS, Aguilar says, remain vitally important. Not all older adults living with HIV are long-term survivors: ﻿Some are diagnosed later in life. In 2018, 17 percent — or 1 in 6 — of HIV diagnoses in the U.S. were among people 50 and older.

According to the U.S. Centers for Disease Control and Prevention (CDC), older adults are more likely than younger people to be diagnosed later in the course of their infection, which can lead to challenges ﻿in successfully treating and managing HIV. Older adults are also less likely to get tested in the first place.

“If you’re not tested, you don’t know you have [HIV]. And that’s what’s killing people,” Aguilar says. “They won’t get tested because of that stigma.”

Sarah Elizabeth Adler joined aarp.org as a writer in 2018. Her pieces on science, art and culture have appeared in The Atlantic, where she was previously an editorial fellow, California magazine and elsewhere. 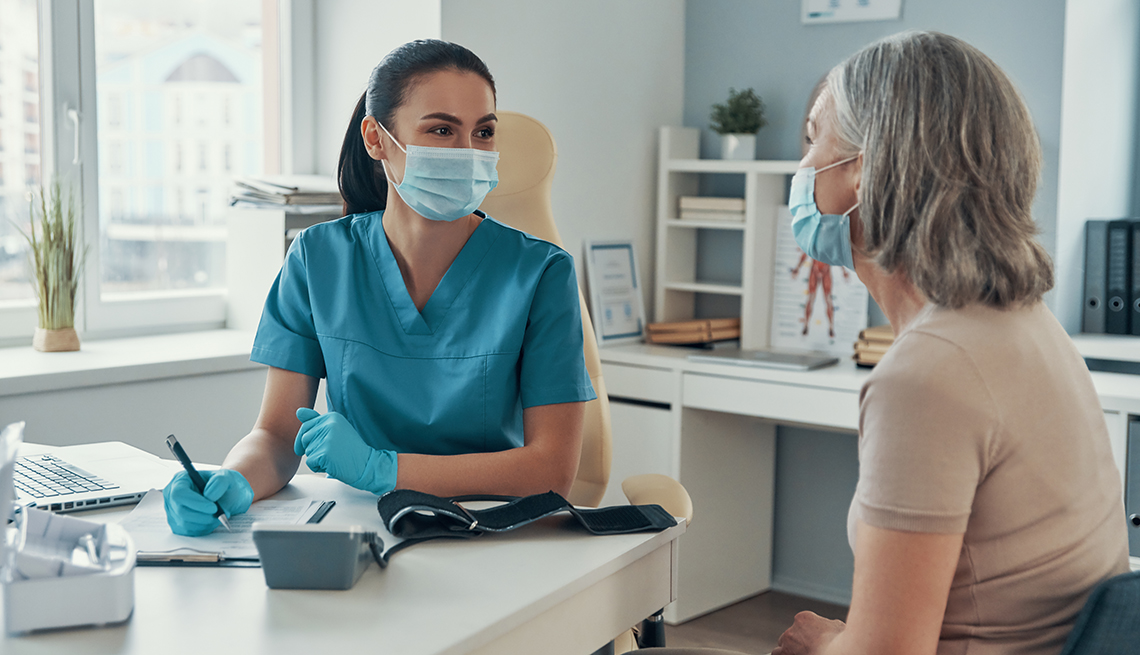 What to consider during open enrollment 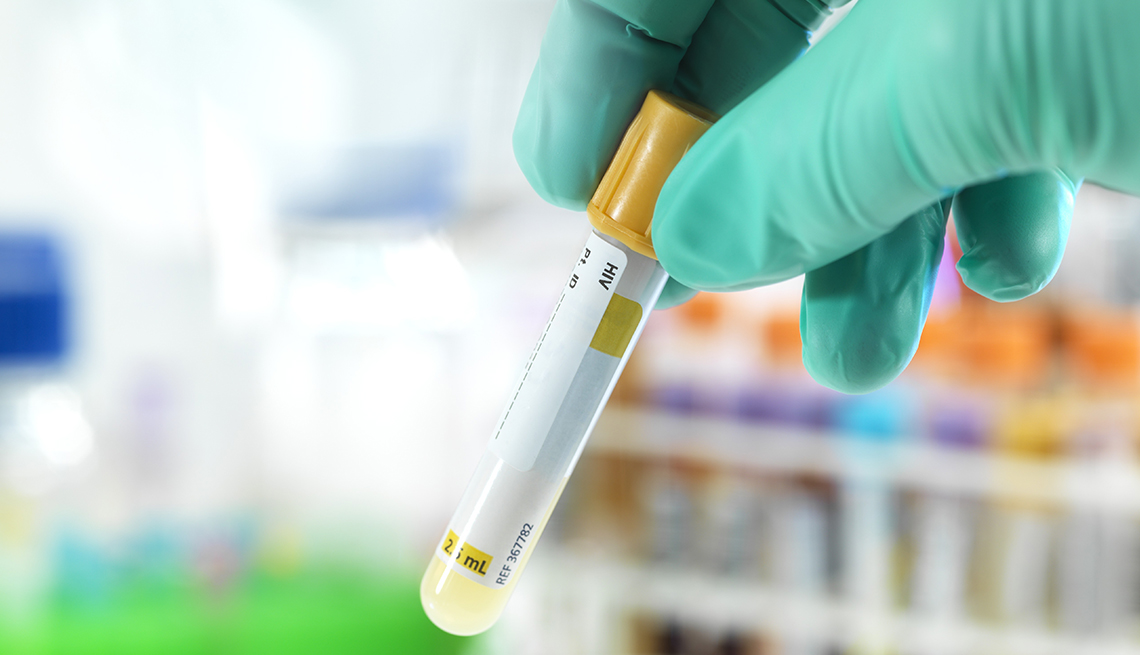 'Exciting' Discoveries Could Finally Mean the End of AIDS

HIV treatment, prevention have come a long way, and a cure is possible, researchers say

Give Your Urine a Passing Glance