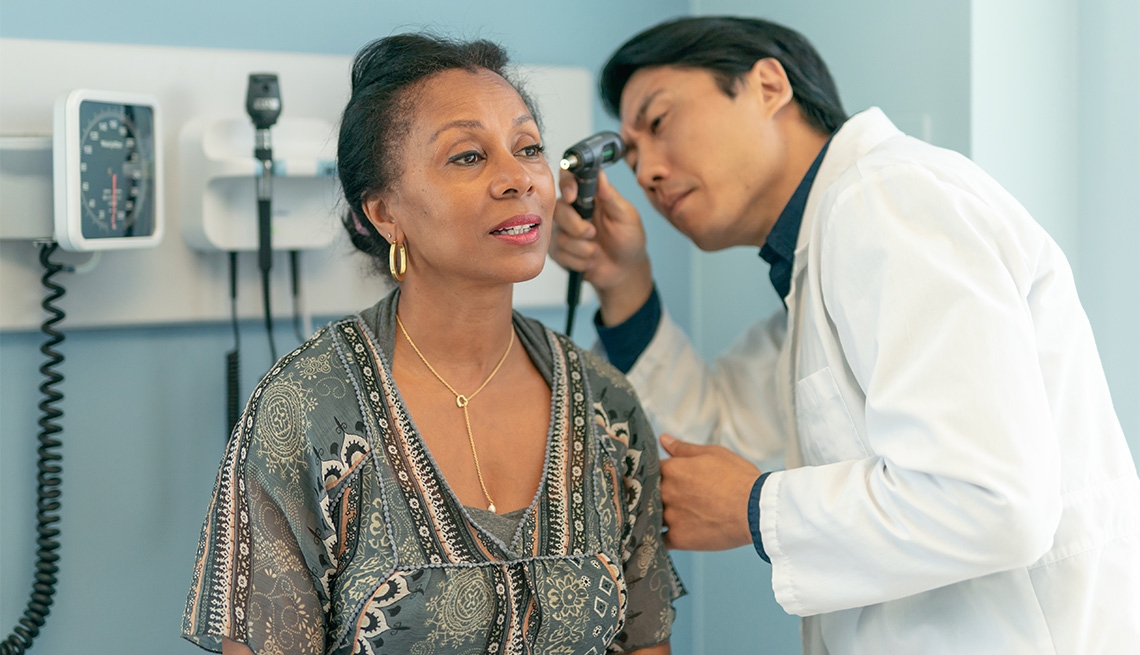 It may be something icky that you'd rather not think about, but earwax is a perfectly normal bodily secretion and a fact of life. Knowing how to control that gunk will allow you to hear better and prevent infections, earaches and more.

What earwax is and why we have it

So what, exactly, is this stuff? Well, earwax (the scientific term is cerumen) is actually a combination of things. Tiny glands that line the walls of the ear canal produce oily secretions that work as a kind of cleanser. “These secretions keep a flow going from the eardrum toward the opening of the ear, catching dead skin cells, tiny hairs that line the ear canal and other types of microscopic debris along the way,” explains Mark Vaughan, a family physician and medical director at Auburn Medical Group, in Auburn, California. Jaw movements, such as talking and chewing, help move things along.

Earwax also acts as a protective lubricant that coats the ear canal, repelling water and preventing the skin from drying out. That waxy component is slightly acidic, so it “creates an unfriendly environment” for the bacteria and fungus that tends to develop in the moist, dark environment of the inner ear, says Yu-Lan Mary Ying, an otolaryngologist–head and neck surgeon affiliated with Rutgers New Jersey Medical School in Newark. In fact, the wax of diabetic people is less acidic, making them more vulnerable to ear infections.

Why too much earwax can be a problem

Some people are more prone to producing excessive earwax. A waxy buildup is particularly common in older people. As we age, the secretions change in consistency; earwax becomes drier and harder and migrates more slowly out of the canal, causing dead skin particles to collect. Certain conditions that produce dry, flaking skin, such as eczema, can also make it harder for the wax to exit.

When the wax accumulates in the ear canal over time, it can harden and create a blockage. This may cause hearing loss, ringing or a feeling of fullness in the ear. “If the whole ear canal is occluded by wax,” says Ying, “it can press against the eardrum, leading to problems with the middle ear physiology, and may even cause dizziness."

Those who wear hearing aids or earbuds regularly are at risk, too, since the devices can potentially block the outward flow of earwax. What's more, Ying says, that wax may cause the hearing aids not to work as well, creating a feedback (an annoying whistling or squeaking sound). Or hearing aids may become damaged if the wax gets into the receivers. Try to clean your device daily, and have it checked out by your doctor every few months, to be sure it's in good working order.

How to keep earwax under control

Give your ears a gentle cleansing each day. The best approach: After washing your face or stepping out of a steamy shower, cover one finger with a damp washcloth and wipe around your outer ear. “De-clogging the most external exit will help with that natural migration,” Ying says.

People who tend to produce an abundance of earwax may try using a softening agent, to help the wax leave the ear or to remove it more easily. If you prefer to go the natural route, try baby oil or mineral oil. Using an eyedropper, apply a drop or two into your ear, tilting your head so that the opening of the ear is pointing up toward the ceiling. Stay in that position for a minute or two to let the fluid flow down to the waxy buildup. Then tilt your head in the opposite direction to let the fluid and wax drain.

Or try an over-the-counter product to loosen small amounts of wax. These solutions may contain oil or hydrogen peroxide. (Ying recommends the Debrox Earwax Removal Kit.) Some include a bulb syringe that you squeeze to flush your ear with warm water, if needed. Irrigation, however, isn't always appropriate, particularly if you have a damaged eardrum or a middle ear infection. “You're doing it blind,” says Ying. “You go, ‘Let me go in a little bit deeper,’ but you have no way to gauge that. What's more, if you get it into the ear canal and it doesn't come out, it can create a moist environment, and that can lead to an outer ear infection."

It might be tempting to poke a cotton swab, bobby pin, pencil or finger into your ear to get the gunk out, but don't go digging. Yes, it'll remove some of the wax, but it may also push the rest deeper into the ear canal. There's also a risk of injuring the eardrum. “You might look at your Q-tip and think, Look at this stuff I got out of my ear," says Vaughan, who has seen plenty of this “pushy” behavior in his practice. “But that's actually wax you got from the sides of the ear canal, after you've pushed most of the wax further inside the ear canal."

When to get medical help

You'll need assistance to remove a blockage. If the buildup is fairly close to the opening of the ear canal, a general practitioner can do the job. In fact, earwax removal is one of the most common otolaryngological procedures performed in a primary care setting. There are two common techniques doctors employ to remove impacted wax. One involves using a curette, a slender instrument designed to fit into the narrow ear canal, with a curved tip to scrape or scoop out wax. The other method is to use an irrigation device, like a rubber bulb syringe or a water pick filled with warm water (the flow of water is directed toward the sides of the canal to soften and dislodge accumulated wax).

There are risks to both methods, though. Scraping away with a curette can nick the skin in the ear canal, and sending a force of water into the canal can damage the eardrum or lead to infection if some of that liquid gets stuck behind the eardrum and isn't able to drain properly.

If the ear is impacted with a hard, stubborn chunk of wax that's really lodged in there, it's time to bring out the big guns — namely, an ear, nose and throat doctor (that is, an otolaryngologist). This specialist has an arsenal of precise tools at his disposal to go deep, without harming the delicate eardrum. One method Ying uses involves a suspended surgical microscope, which lets her see deep inside the ear canal as she works; she dilates the ear canal with a speculum, then uses suction to dislodge the wax.

And a clean ear canal can make a world of difference. One study found that 35 percent of hospitalized patients over age 65 had impacted earwax and 75 percent of those had improved hearing after it was removed. Some experts estimate that removing an earwax plug can improve hearing by 10 decibels. (The difference between whispering and normal conversation is around 20 decibels.) Better hearing isn't the only benefit. “There may be an improvement in your balance,” Vaughan says. “Some patients actually feel as though their lives have changed.”

More on Your Hearing