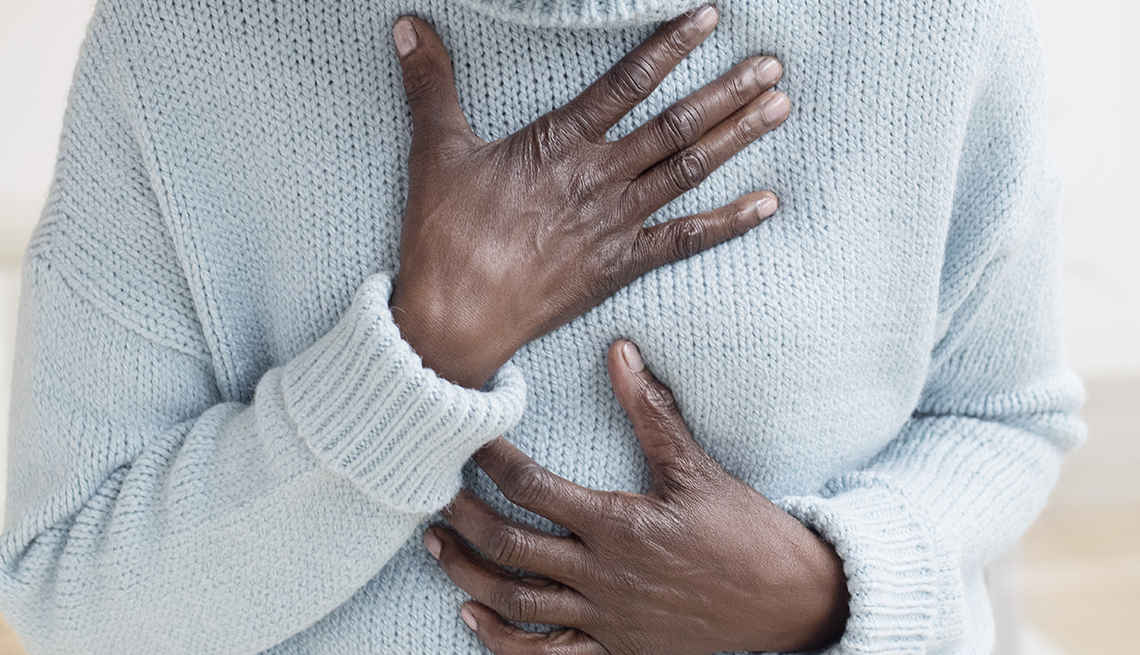 En español | Response to the recent article, “This Is What a Heart Attack Feels Like,” has been overwhelming. More than half a million people have viewed the story, which recounts the real-life experiences of five heart attack survivors, since it was published online Dec. 12. And 100-plus of those readers have taken the time to comment on the story, with many sharing personal accounts of their own heart attacks.

The strong reactions perhaps shouldn't come as a surprise, considering the widespread impact of cardiovascular disease in the U.S. Every 40 seconds an American suffers a heart attack, according to the American Heart Association (AHA). The average age of a first heart attack for men is 65.6 years old; for women, 72.

Here we highlight five heart attack stories that were recently posted in the comments section of the original article. Each post is presented in its entirety, unedited and in the words of the survivor, who is identified by his or her online screen name.

I assumed it was heartburn

"Nearly 20 years ago, at age 50, I was walking out of the cafeteria at work with my morning coffee, when I felt a sudden onset of pain in the center of my chest. I assumed it was heartburn and kept walking. I stopped at a friend's desk to talk and got very light-headed. He told me I looked gray and offered to call our emergency number. I declined and chose to walk to my desk which was a long way down a large corridor. My legs were so rubbery as I approached my desk that I had to hang onto the cubicle walls. There was nobody else around yet. I felt a little better so I walked to my truck and drove myself home. My wife, a former heart cath tech, insisted on driving me to the urgent care. As soon as they put an EKG on me, they told me I was having a heart attack and called an ambulance. I had a 90% occlusion in my right coronary artery and they put in a stent. I have been fine since and am taking statins to lower my cholesterol. I was not overweight and had no previous symptoms. My high cholesterol had been ignored by my PCP."

I survived a ‘widow-maker'

"I survived a ‘widow-maker’ in June 2019. From that attack, I learned two major things. First, while we should not ignore or minimize the symptoms of an active heart attack, my heart attack could have been avoided had I been more attentive to the screaming warnings that my body had been sending me for months. Among those warnings were shortness of breath upon minor physical exertion, waking up many nights in a cold sweat, and four days prior to the attack my ankles swelled abnormally large during a camping trip. The second thing that I learned was that an EKG, even when showing other classic signs of a heart attack, is often of marginal value when diagnosing a cardiac event. I was given an EKG by paramedics and was told that my heart appeared normal. Fortunately, my son, a former first responder, insisted that I have my wife take me to the ER. At the ER, I was given a second EKG that also showed nothing abnormal. Due to those two results, I was sent to the waiting room where I remained for four hours. Only after I told the receptionist that I was leaving was I taken to a triage room where I was placed on IV blood thinners and had blood drawn. My cardiologist said that the blood work should have been an ‘automatic’ performed immediately upon arrival. That night, I had the very same jaw and chest pain that I had earlier. At that time I was wearing a heart monitor. I was given a third EKG. The nursing staff insisted that all was well with the monitor and the EKG results. Yet, they gave me a high dose of blood thinners and nitroglycerin for the chest pain. In the morning, my cardiologist came in and told me that I had elevated enzymes that indicated that I had a heart attack. After a serious conversation with the hospital staff, he made immediate arrangements to get me in the cath lab, where I received a stent in left descending artery to open a 100% blockage. The cardiologist said I was a living miracle given the extended delay in diagnosis."

If in doubt, check it out

"NO SYMPTOMS — At the age of 77 I woke up ‘panting’ and had heard of ‘shortness of breath’ being a heart attack symptom. Not having any other symptom I waited til I got the wife up, dressed myself, and drove 20 miles to the hospital. Asked the nurse in ER what ‘shortness of breath’ was and she said ‘anything not normal for yourself.’ I was taken to the Cardiac Stepdown Unit. After ECG, Angiogram, and Stress Test I was told I had scarring showing that I had had a heart attack & I had not noticed the first one. I am now on 8 medications and exercise, liquid and diet restrictions. My new motto: IF IN DOUBT CHECK IT OUT."

Not all heart attacks are the same

"My husband had a heart attack at 48. He was a smoker and had the classic heart attack you'd see in a movie, clutching his chest and falling to the ground. After my husband's heart attack, I did a lot of reading up on heart attacks and realized that not all heart attacks were the same and that women typically had completely different symptoms. Fast-forward 6 years, I was 50 and roller skating. It's been something I've done since a child and found it an enjoyable form of exercise. I'm doing laps around the rink when all of a sudden my jaw starts bothering me. Really bothering me and I'm rubbing it going what the hell. Next thing I feel, my arm goes numb and I know something isn't right and leave the rink. I sit down and immediately start taking my skates off when all of a sudden my back feels like it's being squeezed. I had to unhook my bra strap that's how much my back hurt. I told myself, I'm having a heart attack. I drove myself to the hospital as it was only a few miles away and sure enough... Troponin levels show definite signs of a heart attack and I was in there 3 days. During that stay I had to take a nuclear stress test and let me tell you, I did not react well to that. You hear the stories — well with me, I was 100% convinced I was going to die. The person administering the test was talking to me and reassuring me I would be ok, they obviously caught the panic look on my face. That was scarier to me than the heart attack itself because someone was purposely making this happen to me. I wound up having an angioplasty done. They just started going through the wrist at that time (with my husband they went through the groin area). They give you a ‘twilight’ anesthesia so you're awake but not feeling anything. There's a big screen where you can see everything that's going on. I started watching and found it fascinating but once I realized it was my heart I was looking at, I got queasy and had to turn away. It was not a pleasant experience but wanted people to know, do not ignore the signals your body is sending you and that not all heart attacks are the same."

Signs can be subtle in women

"When I had my heart attack back in 2010 I almost did not go to the ER. For women the signs can be very subtle and easily dismissed. I woke up from a nap with the worst hot flash and burning sensation in my sternum. Since I was going through menopause and had never had heartburn before and the symptoms dissipated within a few minutes, I dismissed everything. Next night same thing. Woke up my husband to take me to ER. While dressing to go to the ER my elbows were just slightly tender but I had worked out in the yard that day. By the time we got to the car I was feeling much better and almost turned around to go back into the house. I just was feeling rather uneasy so decided to continue on to the ER. 90% LAD Blockage. Just know that the signs of MI* in women especially can be subtle. You might not have the classic elephant-on-chest feeling."

*MI stands for myocardial infarction, aka: a heart attack