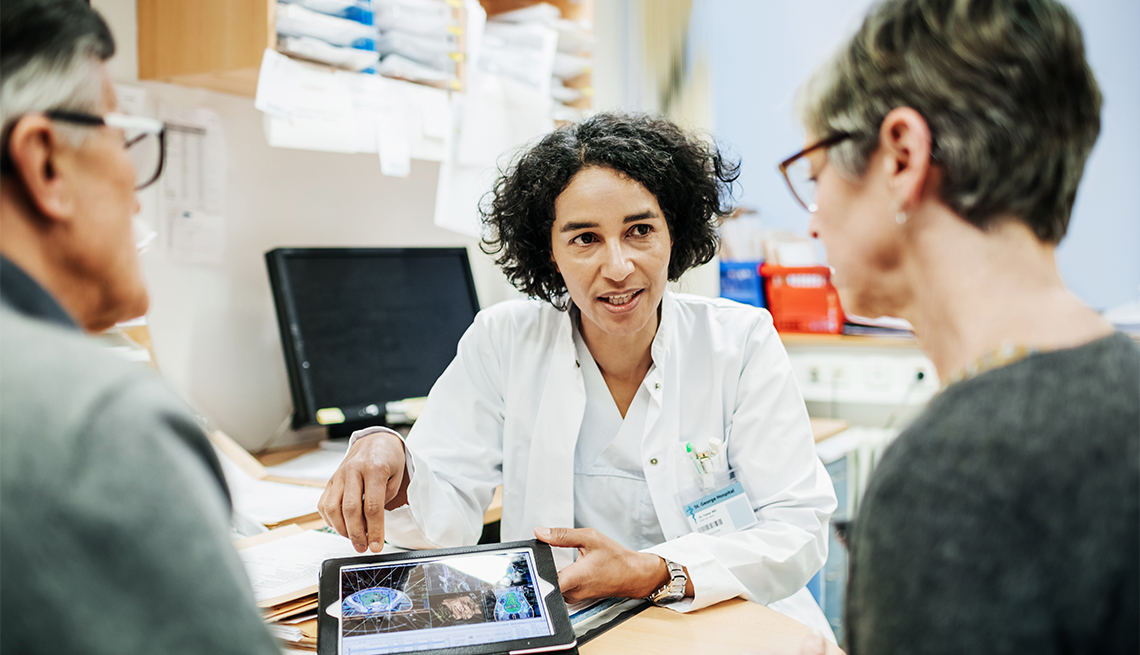 En español | Fifteen years ago, Jane Morello, 78, was diagnosed with stage 3 breast cancer. She had her lymph nodes removed, followed by chemotherapy, radiation and a five-year course of medication.

Last July, Morello was diagnosed with pancreatic cancer. “This is very tough. Breast cancer was a lot easier,” she says.

But Morello considers herself lucky to be in the hands of a geriatric oncologist who, before recommending treatment, ordered an age-related assessment.

The multidisciplinary exam screens for a variety of problems that the “eyeball test” misses, says her doctor, Rawad Elias at Hartford Healthcare Cancer Institute in Connecticut. “For Jane, I wanted to know how fit she really is so I can tell how we can treat her,” he says.

Such a geriatric assessment — administered by a doctor asking questions in person or by a patient providing answers on something like a tablet — screens for problems that can get in the way of cancer treatment. These include issues with social support, mobility, balance, cognition and mood disorders.

The responses are scored and the results help oncologists make better treatment decisions — sometimes, different ones. A study published in the  Journal of Geriatric Oncology in November, for instance, found that among patients 70 and older, 27 percent of the treatment recommendations patients received without a geriatric assessment changed after they received one.

Supriya Gupta Mohile, a geriatric oncologist and professor of medicine and surgery at the University of Rochester Medical Center, notes that a geriatric assessment requires doctors to take into account a variety of factors that aren't captured in routine practice. “Oncologists are not sensitive to problems of aging unless they're taught them. They miss cognition and memory problems because they're not trained to do this,” she says.

What to Ask About a Cancer Diagnosis 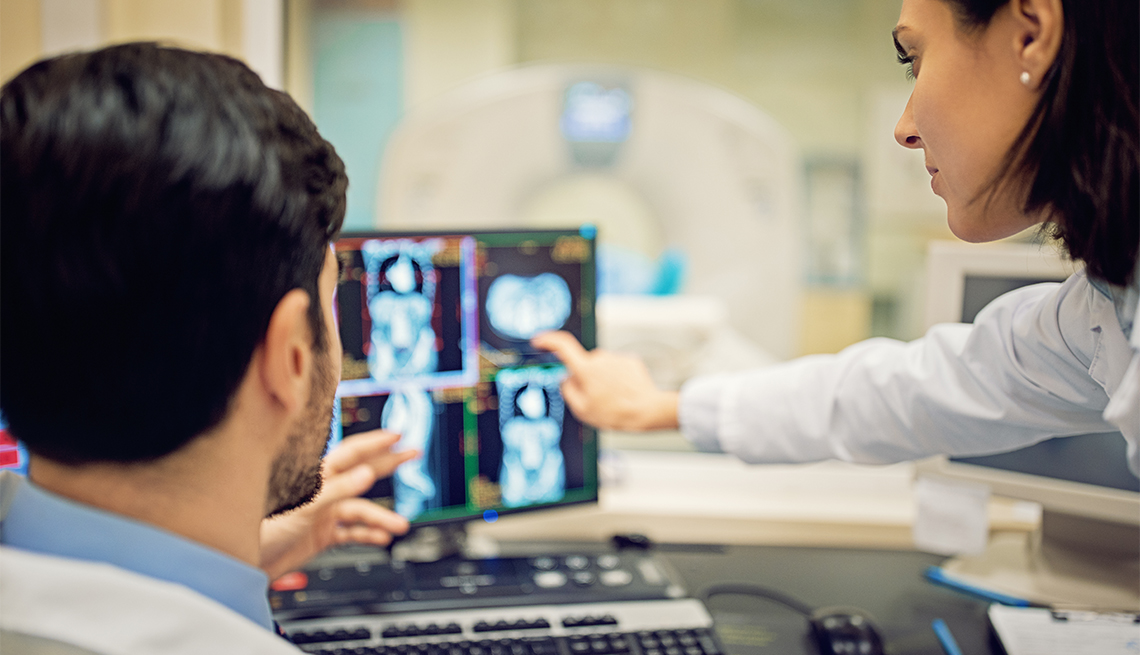 With or without a geriatric assessment, patients should ask their oncologist a few key questions to help guide their treatment. For example, older adults with cancer should ask not only for their treatment options but also for the expected benefit of each. They should ask if treatment is going to make them live longer, feel better and affect their quality of life — and if the answer to that last question is yes, they should ask how much and for how long. It is also important to inquire about potential complications and the impact of them on their overall health and quality of life.

A geriatric assessment can also keep patients safe, flagging those who may not be able to physically tolerate certain treatments. In May 2018, the screening tool gained greater acceptance by medical experts after a study published in the Journal of Clinical Oncology showed that it helps to predict “adverse outcomes” related to treatment, including death, says Mohile, one of the study's lead authors.

Some of these poor outcomes are related to chemotherapy's potentially toxic side effects to older patients, says William Dale, a geriatrician and director of the Center for Cancer and Aging Research at City of Hope in Duarte, California. In general, he says, “people become so focused on wanting to live longer and treating the cancer that they are not likely to understand how the treatment may affect their lives. They'll overlook it.”

Her patient Marie Sechrest, 87, from Greensboro, North Carolina, was diagnosed in 2015 with myelodysplasia. The treatment for this kind of blood cancer typically involves intense chemotherapy to wipe out a patient's “bad” red blood cells followed by a bone marrow transplant used to grow new, healthy ones. However, “in people Marie's age, the treatment could be fatal,” says Hopkins.

Sechrest's geriatric assessment showed, among other things, that she lived alone and had no family in town. “I would have not necessarily investigated that fact without a geriatric assessment,” Hopkins says. She recommended Sechrest get an aide and chose to balance her patient's ability to take care of herself with the available treatment options. For now, Hopkins is giving her patient chemotherapy to slow the disease and make her comfortable so she can continue to go out to lunch with her friends. “At 87, I'm thankful she is keeping me going,” Sechrest says.

But for all the hype and hope for geriatric assessments, many physicians are not using them.

"The vast majority of medical oncologists are [employed by] large hospital-based corporations. Their reimbursement is based on the number of people they see,” says Hopkins. New patients are slotted for 30 minutes. Returning patients are usually scheduled every 15 minutes. Adding on a geriatric assessment can take up 20 to 25 extra minutes, and “that time is hard to sell in the community,” she says.

Dale, who gives assessments, notes that his colleagues have different comfort levels with referring patients to him for one. “Some don't understand the reasoning, but without a geriatric assessment there is little discussion about aging issues and whether a patient can tolerate treatment,” he says.

Absent such a screening, he notes, there's often not enough emphasis on identifying depression or anxiety in older patients — a task that can be tricky in that population. For instance, he says, older patients often hold back, thinking that “complaining” will lead an oncologist to stop treatment.

They may also resist talking about psychological issues in a way younger patients don't. “The worst thing you can ask an older person, especially male, is, ‘Are you depressed?’ They'll say no,” Dale says. “You have to ask them about their mood. You have to be cautious using the word ‘depression.'"

To get around the fears that geriatric assessments take too much time, Mohile is investigating with Hopkins more practical ways to mainstream them for busy oncologists, such as having them administered by a nurse practitioner before a patient sees the physician or limiting the number of initial questions.

In the meantime, patients like Morello who have been lucky enough to have been screened with one are benefiting from it.

The usual treatment for Morello's form of pancreatic cancer is combination chemotherapy for four months, followed by more chemotherapy, radiation and a major eight-hour surgical procedure. A patient's fitness level, says Elias, is key to getting through it. “Jane looks fit when you sit with her, and she is very witty, sweet and smart.... It's only when you dig in and ask her about the geriatric assessment domains that you figure out that Jane needs help through this treatment,” he says.

Morello's assessment uncovered nutritional problems, so Elias sent her to a dietitian. It also revealed that she was having a high level of anxiety over her diagnosis, and that her illness was making daily activities such as traveling to and from appointments and social activities difficult. As a result, Elias asked Morello's son to step in to help, and he happily obliged.

While Elias was hesitant to administer a full course of treatment, he abided by Morello's expressed wish to live “a longer life, even with less quality of life,” and modified her chemotherapy regimen to be as effective as possible while avoiding significant side effects that would most likely hinder future surgery.

Morello has two cycles left of combination chemotherapy. Though she experienced several treatment side effects, she got through them with the help of her team. After that, she faces more chemo, radiation and surgery.

"I still keep pushing to the extent that it is ridiculous, but I have the support of family, friends and especially the cancer center,” she says.