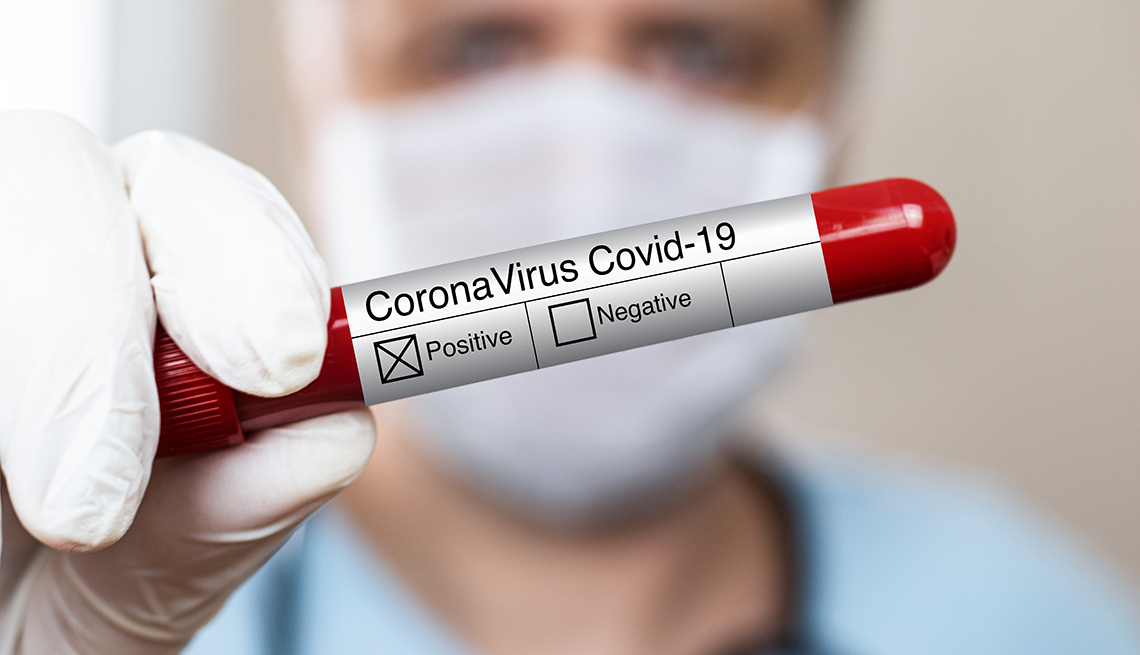 En español | Wondering if you’ve already had a mild or asymptomatic case of COVID-19 and if that provides you with some immunity to the disease going forward? If so, you may have considered taking a coronavirus antibody test. It’s the kind that uses a blood sample to check for identifying antibodies that show your immune system has already responded to an infection (not the test that uses a nasal or throat swab to check for genetic material of the virus itself, telling you if you have COVID-19 right now).

While coronavirus antibody tests can provide public health experts with quite a bit of information — say, how widespread the virus may be across a population — their accuracy and usefulness on an individual level are a little less clear. Here’s what you need to know before taking one of the many new antibody tests now on the market.

How an antibody test works

In response to a virus, the body's immune system produces blood proteins called antibodies that neutralize and fight off the specific pathogen being introduced. In the case of COVID-19, such antibodies fight off a pathogen known as SARS-COV-2.

With other types of viral infections, a high level of antibodies “means you have some level of immunity,” says Cristina Cassetti, director of the Division of Microbiology and Infectious Diseases at the National Institute of Allergy and Infectious Diseases (NIAID) at the National Institutes of Health (NIH) in Bethesda, Maryland.

Scientists say that the same is likely true for coronavirus, though they don't know how long this protection may last. “It could be two months, six months or 10 years. We're doing studies now and don't have the data yet,” Cassetti says. Indeed, the latest evidence from a small study just completed in London and not yet peer-reviewed suggests that immunity to the virus could be short-lived.

In the study, a team of scientists followed the antibody response of 65 hospitalized patients and 31 health care workers with COVID-19 over more than three months. They found that patients with severe cases of the disease produced more antibodies. However, the patients’ resulting immunity peaked at three weeks, then fell dramatically over 18 to 65 days — independently of how sick they were. “Right now, the decisions you can make based on antibody testing are minimal,” Cassetti says.

A recent study in the BMJ (originally the British Medical Journal) found that antibody tests could correctly identify someone who had a prior infection by the coronavirus 66 to 98 percent of the time.

To find a test on the higher end of that scale, look to this list from the Food and Drug Administration (FDA), which uses percentages to estimate the performance of different brands on factors like how well it finds antibodies (called the sensitivity in the charts) where they exist, as well as their relative success in not indicating false positives. In May, after some tests rushed out during the earlier stage of the pandemic were found to be flawed and taken off the market, the FDA began requiring that manufacturers submit their tests for validation and that they meet certain standards of accuracy, which are reflected in these charts.

As for who pays, Medicare and private insurance will cover antibody testing from an approved laboratory. If you don’t have medical insurance, the Quest antibody test costs $119. LabCorp doesn’t require upfront out-of-pocket payments for its antibody test, but you must pay $10 to cover independent physician service costs unless your doctor orders the test.

When you take a test matters

Most antibody (also called serological) tests measure either IgG (immunoglobulin G), the most common type of antibody found in blood circulation, or IgM (immunoglobulin M). The latter can go up and down quickly after infection. IgG antibodies persist longer, so if you think you were infected with the coronavirus three months ago, take a test that measures IgG, Cassetti says. “You're more likely to get an accurate answer.”

When you take the test can also influence how effective it will be. That's because developing antibodies takes your body time, says Elitza Theel, director of the Infectious Diseases Serology Laboratory at the Mayo Clinic in Rochester, Minnesota. In fact, scientists say it takes 10 to 14 days for most people to develop antibodies after being infected with coronavirus. This means if you test too soon — say, three to five days after being infected — you may get a false-negative result.

Being immunosuppressed from cancer or another disease could also throw off results, since there's a chance you won't have developed a robust enough immune response to register on the test. Even some healthy individuals don't produce antibodies, Theel says. For these reasons, too, you could have been infected with the virus but not receive a positive antibody test result.

Howard M. Heller, M.D., an infectious disease specialist and assistant professor of medicine at Massachusetts General Hospital and Harvard Medical School in Boston, says that any results from antibody tests must be interpreted “very cautiously.” Therefore, he notes, it's best to discuss with your physician both whether to get an antibody test at all, and what any possible results may mean.

For instance, if you do test positive for the virus, that doesn't mean you can stop worrying about precautions like handwashing, social distancing or wearing a mask. “Getting a false positive is the potentially dangerous part,” Heller says. Also, he says, people may get reinfected with the virus, although there are no clear data yet on how often that happens.

So what about immunity?

The bad news is that currently, “even if you take a really good test and get whopping antibodies, we don't have data yet on how many antibodies quantitate protection,” Cassetti says. “Once we know that, we'll be able to better leverage these tests to give guidelines on how they should be used."

For now, the only clear use of the antibody test is that people who test positive can donate their plasma to be used experimentally as a potential therapy for those battling the virus.