Surgeons can transplant hearts, livers, lungs and kidneys they never would have considered before 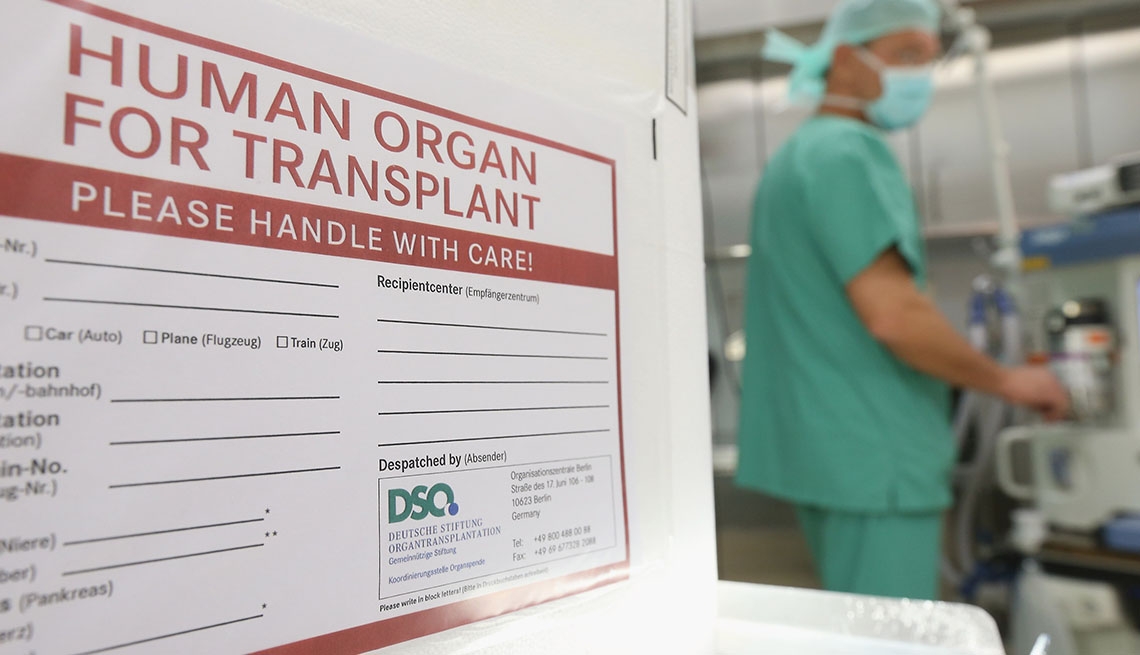 Chuck Boetsch of Palm Harbor, Fla., was desperate for a new pair of lungs. A rare disease was causing the set he had carried for 72 years to harden and scar. He could barely breathe.

In November 2017, after 10 weeks on the waiting list, Boetsch got a call that a lung was available — but there was a catch. This lung had some potential problems, enough that other transplant centers didn't want it.

But Boetsch's transplant team at the Mayo Clinic in Jacksonville, Fla., had a plan. Before doing the transplant, team members would use a revolutionary technique to fully refurbish, repair and renovate the lung, just like a used car. By the time they transplanted it, they told Boetsch, it should be as good as new.

The technology is part of a promising new approach that has the potential to dramatically cut transplant waiting lists: Find a way to use the thousands of less-than-perfect organs that are literally thrown away every year because they aren't considered good enough.

As part of that effort, health officials are looking at loosening the criteria designating some organs as high risk to reflect that many of them are relatively safe. Surgeons, for instance, are safely transplanting kidneys and hearts infected with hepatitis C that previously would have been discarded. And in what is perhaps the most exciting development, transplant centers across the country are testing high-tech devices that “rejuvenate” lower-quality organs that don't meet traditional transplant criteria.

"Right now, only 1 out of every 5 donor lungs passes muster,” says pulmonologist Jack Leventhal, a member of Boetsch's transplant team and medical director of a lung restoration center in Florida expected to open this year. “By using more of them, we believe we can increase the number of transplants, dramatically cut the wait list and, most importantly, save lives.”

Nearly 114,000 Americans are waiting for organs such as lungs, livers, kidneys and hearts, according to the United Network for Organ Sharing (UNOS). Despite efforts to increase the donor pool, the demand for organs continues to far outstrip supply.

As a result, an average of 18 people die every day while waiting for an organ.

A donor organ might not make the cut for a transplant for a variety of reasons. Some may be physically damaged, an especially common issue if the donor suffered cardiac death rather than brain death. Others are infected, filled with fluid or have too much fat. Or they come from donors who have certain characteristics that increase the risk — they were older than 50, say, or they had a chronic illness.

UNOS says about 13 percent of all organs that are recovered for transplant go unused. Many other available organs are not harvested at all because transplant centers reject them, or because a recipient can't be found quickly enough. That's especially the case with fragile organs like lungs, which don't last long outside the body.

Trying a transplant with a less-than-perfect organ may seem preferable to a patient dying on the wait list. But the decision on whether to accept an organ typically lies not with the patient but with the transplant center, says nephrologist David Klassen, chief medical officer for UNOS.

And some hospitals may not be willing to take a risk with an imperfect organ because they are graded on their post-transplant performance, regardless of whether they accepted a lower-quality organ to save a life.

Still, in an effort to save lives, some larger centers are making an effort to use organs that don't normally make the cut.

At UCLA Medical Center, for example, a surgeon has “regifted” three previously transplanted kidneys to new patients after the initial recipients died. Typically, kidneys that have already gone through two “death events” are considered too damaged to use again, but all three of these transplants were successful. UCLA also uses an alternative waiting list for heart transplants, pairing older patients with “marginal” organs from older donors.

Meanwhile, at Penn Medicine, surgeons have successfully transplanted 50 hepatitis-C-infected kidneys and 10 similarly infected hearts that would otherwise have been discarded. Though the patients did indeed contract the virus from their transplanted organs, doctors were able to cure them quickly by giving them powerful drugs after the transplant, says Peter Abt, a Penn Medicine transplant surgeon.

The center offered the organs to patients who likely would not have been able to get a transplant otherwise because of their age or medical condition, and it is now extending the option to a broader patient base. “Our studies show these transplants are functioning just as well as uninfected kidneys from similar donors,” Abt says.

Probably the biggest innovation paving the way for using marginal organs — and the development the medical community is most excited about — is the development of “perfusion” devices that can rejuvenate lungs, hearts, kidneys and livers outside the body.

Historically, organs were removed from a donor, placed on ice and then raced to the recipient before they deteriorated too much. Now they can be hooked up to a machine that keeps them at body temperature and functioning outside the body, giving doctors time to evaluate and, if necessary, repair them by flushing them with antibiotics or other solutions.

Several types of devices for different organs are undergoing clinical trials at medical centers across the U.S. Some have already been approved in Canada and Europe.

At UCLA, where surgeons are testing a device that works on livers, Ronald Busuttil, chief of liver and pancreas transplantion, called the technology “revolutionary.” “We take out the liver, hook it up to the machine, and organs that might not have worked before are now working,” he says. He says he can actually see fat, for example, disappearing from the livers.

At the Mayo Clinic in Jacksonville, harvested lungs are sent to United Therapeutics in Silver Spring, Md., for rehabilitation through a process called ex vivo lung perfusion. There, they are hooked up to tubes and wires, flushed with specialized solutions and put through a variety of tests before returning to Florida for transplant. “They're in this huge dome and they're breathing like regular lungs,” Leventhal says. “It's quite amazing.”

This year, that process will move to a new lung rehabilitation center in Florida. A joint effort of Mayo and United Therapeutics, the center won't just renovate lungs for Mayo patients; it will provide rehabilitated lungs to transplant centers across the Southeast.

"With this center, we think we can more than double the number of lung transplants and significantly reduce the number of people dying on the wait list,” Leventhal says.

Boestch, the Florida patient with lung disease, said it didn't take him long to recover from his transplant, and by all accounts, it was a big success. Now age 73, he's back to doing the things he loves, such as exercising, playing golf, taking long bike rides and spending time with family and friends.

He said he didn't hesitate when he was asked if he wanted a rehabilitated lung, because he had done his research.

"I knew those lungs are put through rigorous testing, flushed with antibiotics, put under a load test and fully refurbished,” he said. “In fact, I felt like I was going to get an even better lung than what most people get — and I believe that's what I have." 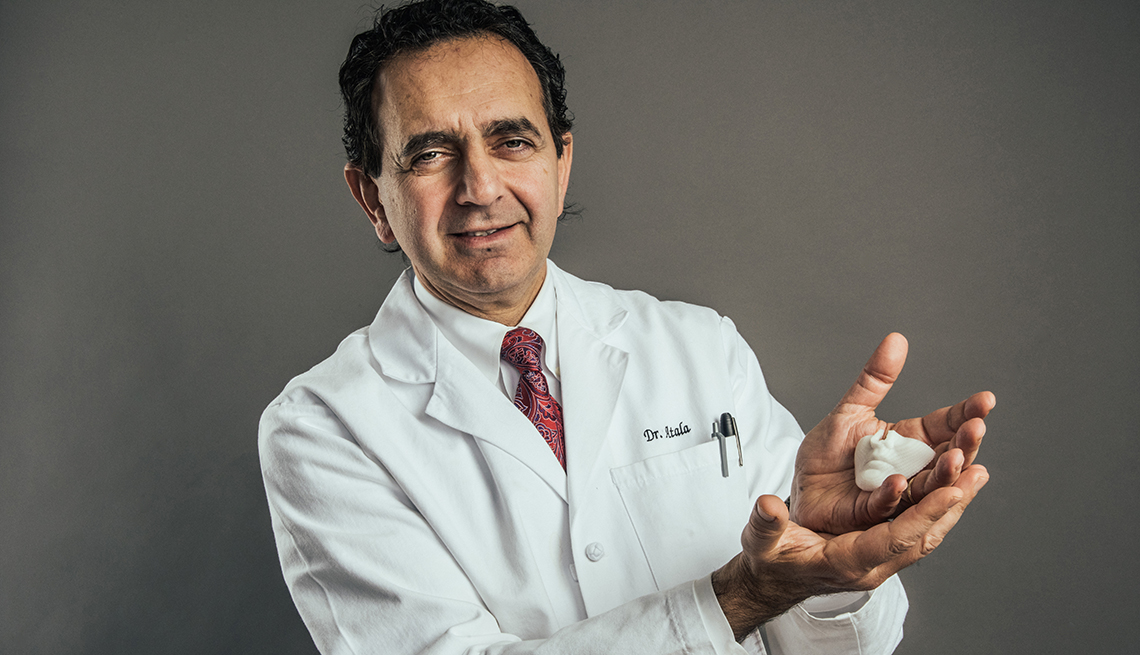 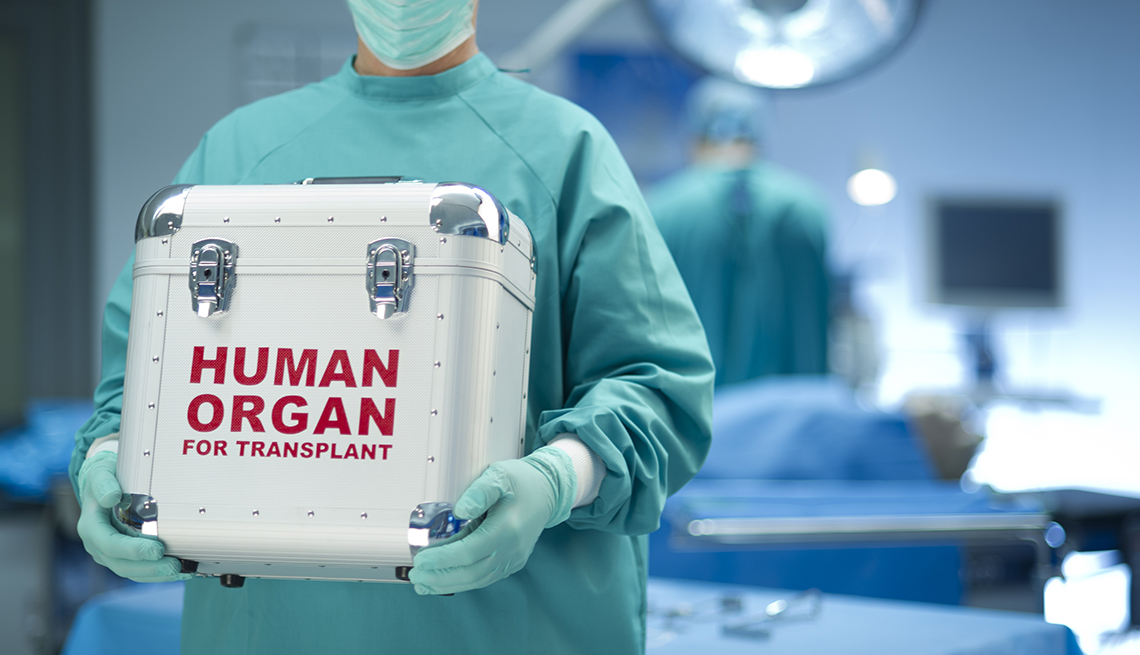