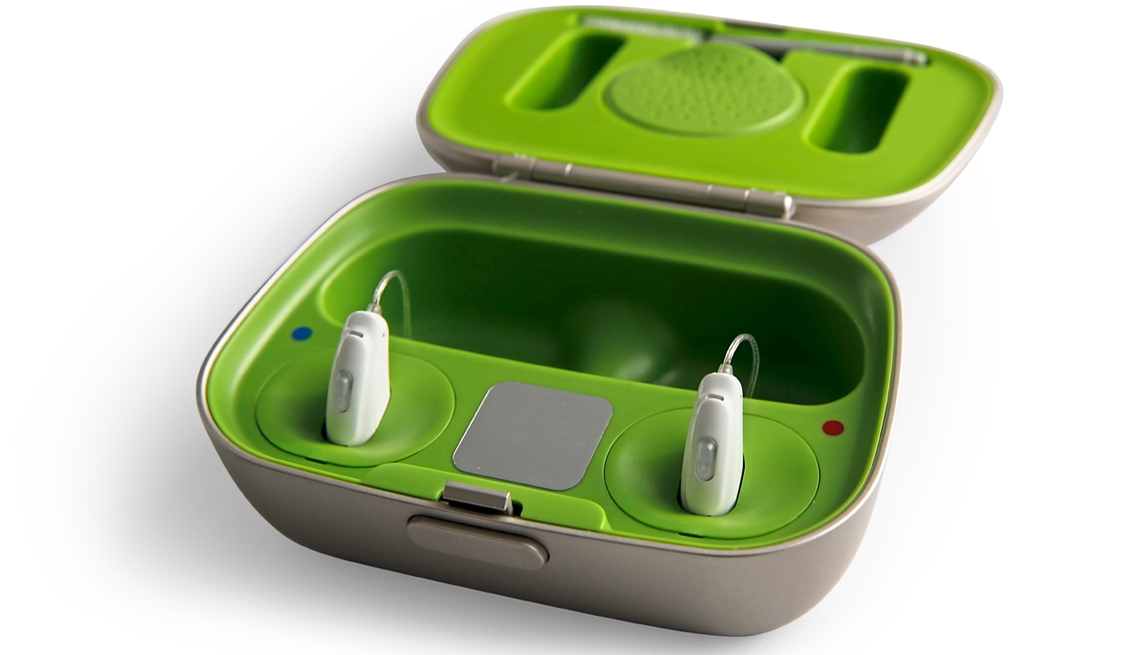 Here's a rundown of new features in the current generation of hearing aids and a preview of what's to come:

New hearing aids can connect to your smartphone, computer, TV or other devices via Bluetooth wireless technology. The audio then streams directly into your ears, as if you were wearing earbuds.

Smartphone apps for hearing aids, available for some models, can give more control to the consumer. Some programs will change the settings automatically based on the environment. For example, the GPS on your phone can detect if you’re in a car or a bar and will alter amplification accordingly.

Although hearing aids typically use tiny replaceable batteries, some now have built-in batteries that can be plugged in to recharge as you sleep.

A health sensor and assistant, in your ear!

Just as smartphones are more than phones, hearing aids will become health aids that monitor your temperature and pulse. Sensors will detect falls and alert an emergency contact. Because older Americans are likely to use their hearing aids every day, they may be the best devices for monitoring an aging relative who lives alone. Developers are looking at other ways hearing aids can become in-ear audio assistants. “If the doorbell rings, your hearing aid will tell you, ‘The doorbell is ringing.’ Eventually, with facial recognition, your hearing aid might tell you, ‘Cindy is at the door,’ or, ‘The FedEx truck is outside,’ ” says Jackie Clark, immediate past president of the American Academy of Audiology (AAA).

Could hearing loss be reversed?

In 2017, researchers at St. Jude Children’s Research Hospital announced that they had regenerated auditory hair cells in mice by manipulating certain genes. Novartis is running a five-year clinical trial to regenerate hair cells. (The trial is expected to conclude this year.) At Indiana University, researchers have grown inner-ear tissues from stem cells. A 2017 paper published in Nature showed that genetic editing could prevent progressive hearing loss in mice. Similar procedures eventually could be used for people.