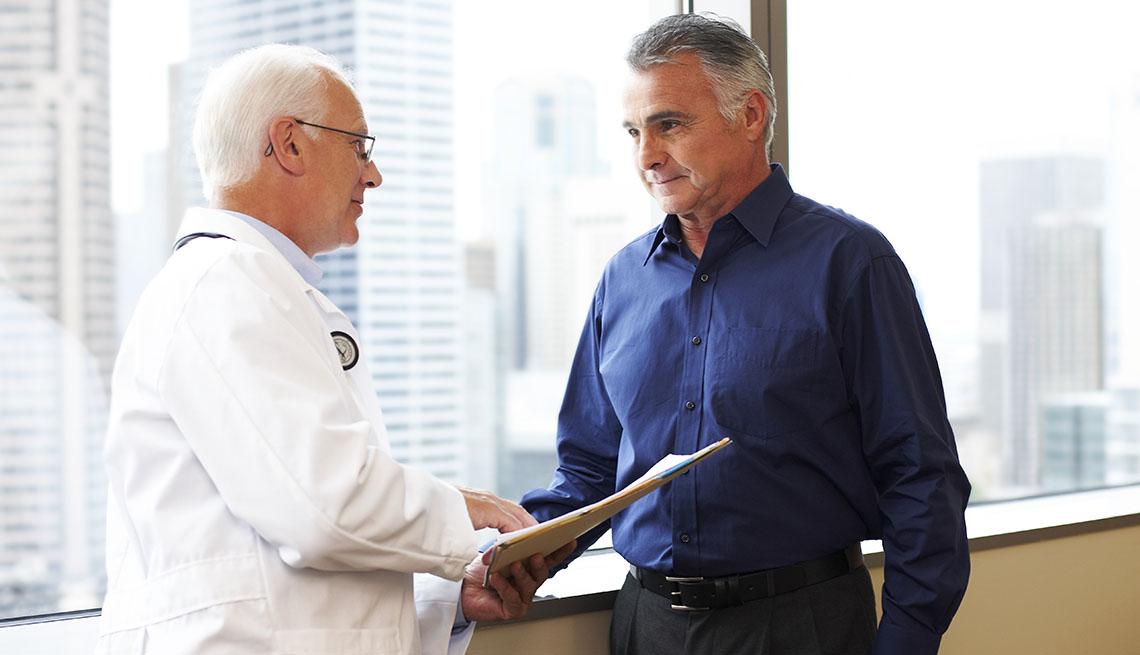 En español | It has been well known for more than two decades that a small percentage of men with mutations in their BRCA genes are at increased risk of prostate cancer, which is the second leading cause of cancer death for men behind lung cancer.

But ever since a large study published earlier this year found that a sizeable 17 percent of the some 3,600 men in the trial had mutations in their DNA that could potentially have caused their prostate cancer, there has been a lot of confusion over using genetic testing to screen for them. Approximately 31 percent of those mutations were in the BRCA genes.

Lead author Oliver Sartor, M.D., an oncologist at Tulane Cancer Center in New Orleans, said he hoped the study, published in JAMA Oncology in February 2019, would prompt more genetic testing of men for prostate cancer and drive more treatment. “I'm not afraid we will treat too many people too prematurely,” he said, referring both to the genetic test in particular and to the larger, long-running debate over when to screen men, by whatever method, for prostate cancer — a type of cancer that more men die with than of.

James Diamond, M.D., a retina surgeon at Tulane University Medical School in New Orleans, was diagnosed with aggressive prostate cancer in January 2006, at the age of 65, before genetic testing, also called germline testing, was being used for prostate cancer. When he had a reoccurrence in 2009, he feared for his life because there was no new treatment available.

But his oncologist kept Diamond's cancer in check until he was able to screen him for germline mutations in 2012. Diamond has a BRCA2 mutation.

The benefit of germline screening in Diamond's case was twofold. He was able to enter a clinical trial to treat his cancer, and his two children were able to get tested for the same mutation. One son who was found to have the mutation is now on active surveillance from a younger age than he would have been without such genetic testing.

As James Mohler, M.D., associate director of translational research at Roswell Park Comprehensive Cancer Center in Buffalo, N.Y., and National Comprehensive Cancer Network panel chair, sees it, “The main reason for somebody to have genetic testing is if they've been diagnosed with an aggressive form of prostate cancer, or it runs in their family, so they can counsel their children about the need for early detection.”

And patients with certain mutations may respond to one chemotherapy over another, or may be eligible to be treated with new, potentially life-extending targeted therapies, called PARP inhibitors, which unleash a cascade of anti-tumor responses.

Just because someone tests positive for a BRCA mutation doesn't mean they will necessarily develop prostate cancer, he notes. “It is even more complicated than you think it is,” says Brawley, who also served as chief medical and scientific officer for the American Cancer Society.

For one thing, the gene is very large and can have a number of different mutations. Some are going to be more lethal than others and some will not be harmful at all.

As Brawley tells it, every man thinking about using genetic testing to screen for mutations that cause prostate cancer “needs to think about if he is the one in 1,000 that will benefit from it and have his life saved, or if he will be one of the 40 in 100 that will be harmed by being identified as having prostate cancer that he didn't need to know he had.”

From testing for a cancer that can be so slow moving as to never shorten a lifespan, men may wind up with physical harm due to unnecessary biopsies which carry a risk of infection and sepsis, not to mention pain. They can also develop anxiety and other mental health problems from the thought of having cancer, not to mention possibly suffer from economic hardship and insurance discrimination, Brawley notes.

Those with a BRCA2 mutation, he says, should just be more rigorously followed with annual PSA testing (conducted via a blood test) and an annual prostate exam, and potentially begin screening for the disease a little earlier than guidelines suggest, at age 35 or 40, he noted.

"It's very hard to make guidelines for everyone across the spectrum. That's because he said the prostate cancer field is somewhat behind the breast cancer field at this time,” he says.

Right now, the person who Mohler says should get genetic sequencing would be someone with a strong history of prostate cancer in more than one first-degree relative (parents, full siblings, children), or who has had a family member who died of prostate cancer, especially at a young age, or if they are of Ashkenazi Jewish descent. If someone has metastatic prostate cancer, or a high-grade or aggressive cancer, then they should also probably think about getting genetic testing as well.

"Genetic testing is very complicated and we're very much at the beginning of knowing who should have these tests and how the information should be used. Most importantly, we need to learn if any treatment changes based on genetic testing is going to affect prostate cancer survival,” Mohler says.