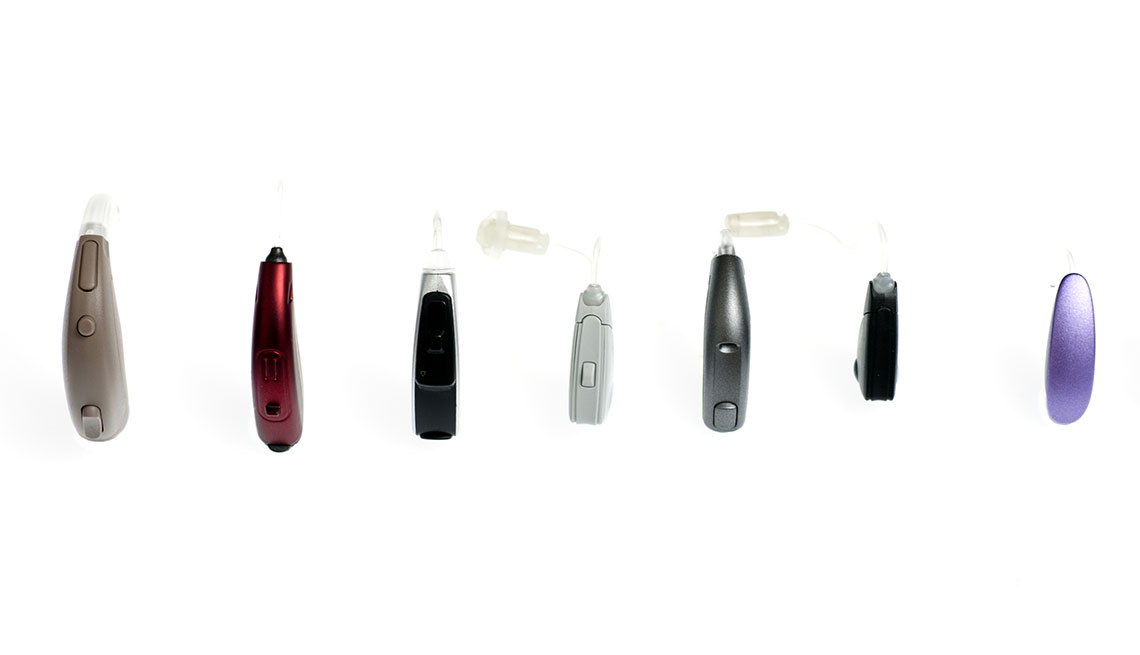 En español | Getting a hearing aid has never been an easy process.

Before consumers can buy one, they generally must see a licensed professional, which requires appointments, tests and fittings. The experience is similar to purchasing prescription eyeglasses, and in the end, patients may end up spending thousands of dollars, an expense not covered by Medicare or most insurance companies.

Those are some of the reasons studies show that only 20 to 30 percent of adults who could benefit from a hearing aid ever get one.

But things may soon change.

Beginning next year, if not sooner, consumers should have access to over-the-counter (OTC) hearing aids that are expected to bring down the price and hassles associated with purchasing one. The change comes thanks to a federal law passed in 2017 directing the U.S. Food and Drug Administration (FDA) to ease barriers to buying a hearing aid.

The new devices are expected to cost less than traditional hearing aids. “There will be so much consumer interest,” says David Copithorne, content director at HearingTracker.com, a website that monitors the industry. “These products will make a difference.”

The change also promises to open up the often confusing process of purchasing these expensive products.

But these new self-fitted devices won’t be for everyone. For one, they’re designed for people with only mild to moderate hearing loss. Treating more severe loss requires careful adjustments and monitoring.

That’s because hearing aids are surprisingly sophisticated devices, providing more than mere amplification. They can automatically suppress sounds users don’t want to hear, like chatter from across the room. And many are equipped with directional microphones to pick up sounds directly in front of the wearer.

Sarah Sydlowski, audiologist director of the Cleveland Clinic Hearing Implant Program, says she sees promise in the OTC aids but is concerned that people might simply buy a cheap product and not get the help they need. Fitting a hearing aid is much more complicated than buying reading glasses, she notes. “You put glasses on and the world’s clear and that’s great. With hearing, you don’t know what you’re missing.”

Sydlowski urges patients to first see an audiologist and discuss strategies for improving their hearing, which could include starting with an OTC product. Professionals can also determine if there’s a medical issue causing hearing loss.

It’s important to treat the problem, since the consequences of hearing loss go beyond missed conversations. It’s been associated with cognitive decline, because as people lose their ability to hear, they get less mental input and stimulation. It also is linked to depression and social isolation, as the problem can make it difficult to interact with friends and families.

While the new products aren’t supposed to appear until 2020, one company, Massachusetts-based Bose Corp., got special approval from the FDA to sell its aid earlier, using the same process that allows promising and novel medical devices to get to the market quickly.

Although there’s not yet a release date or price, Bose’s application gives an idea of what other OTC hearing aids may look like. The company’s filing suggests its product may look more like a Bluetooth cellphone headset than a more familiar behind-the-ear or in-air amplifier. It would be similar to a product Bose already sells, called Hearphones, which retail for $499.95 and are marketed as a personal sound amplification product (PSAP), which is not considered a medical device.

Bose’s application shows a product worn around the neck with wires leading to earbuds. It’s programmed through a smartphone and can be used to listen to music or talk on the phone. “It’s kind of like a pair of reading glasses that hangs around your neck,” Copithorne says.

Initial reports look promising. Clinical studies of 125 patients reviewed by the FDA indicated that on average the outcomes for the self-fitted OTC hearing aid were comparable to those for people who had the device fitted by a hearing professional.

But Copithorne says that there’s still an important role for audiologists and hearing aid specialists: “You hit a certain level with your hearing problems and you can’t take care of it yourself, and you can hit that pretty quickly. Audiologists can provide tremendous value.”