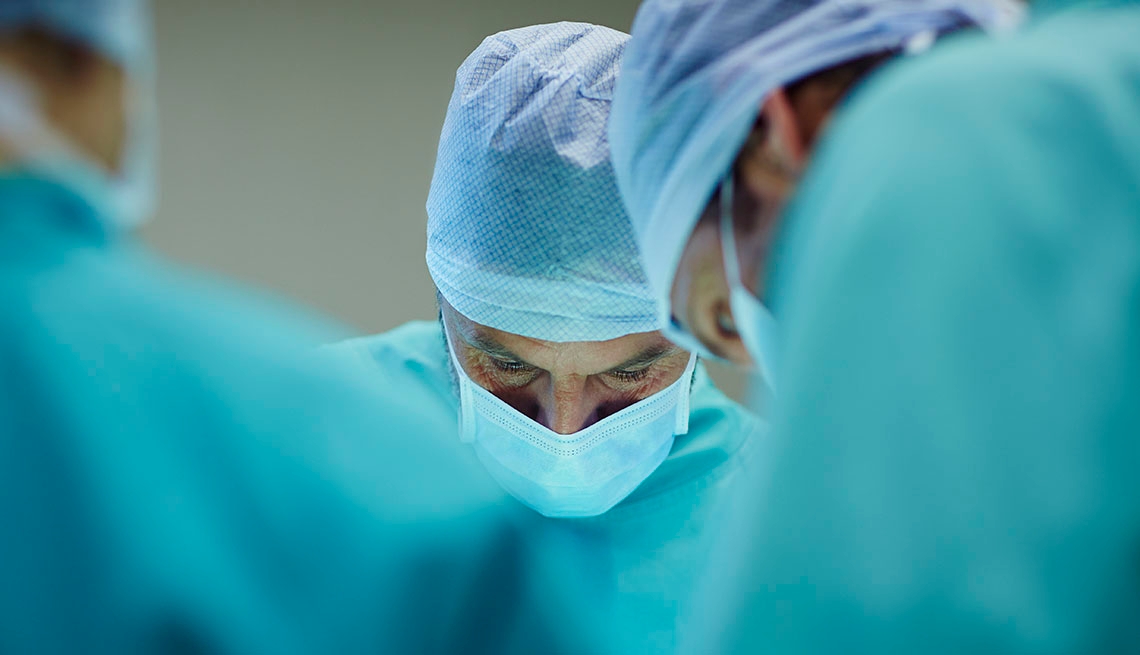 En español | Being in the hospital for surgery is unsettling for anyone. But if you’re an older adult, the experience can be particularly daunting. Your operation is often complicated and cognitive issues, such as dementia, can make communication difficult. As we age we tend to have multiple health concerns and take a host of medicines, which can also add to the complexity of a surgical procedure.

The need to find ways to improve the experience for older adults is increasing. More than 40 percent of all inpatient operations and 33 percent of outpatient procedures are performed on older adults each year in the United States. And that number is expected to mushroom as the boomer population ages.

Older patients are often at greater risk of functional decline. For example, for every day that an older person remains in bed, it takes three days for them to regain their strength. And their hospital stays can be disorienting.

“Patients are usually wheeled to four or five different places in the hospital within the first 24 hours alone,” says JoAnn Coleman, clinical program coordinator at the Sinai Hospital’s Sinai Center for Geriatric Surgery in Baltimore, Maryland. “And we won’t even get into being tethered to IVs and those late-night visits to have our vitals checked.”

Since older patients potentially have a number of health issues and require more than one provider, medical personnel who participate in this new program would create a team, including nurses, geriatricians, pharmacists, physical therapists and social workers, that would monitor the patient from pre-op to discharge.

“I think the thing that has motivated this program,” says Ronnie Rosenthal, professor of surgery, specializing in geriatric surgery, at Yale University School of Medicine, “is the fact that everyone has a story. Because older adult patients have been living longer, when they get sick the system hasn’t yet really figured out how to care for them appropriately.” Rosenthal saw the shortcomings of surgical care for the elderly firsthand when her 95-year-old mother was in the hospital. “Even as a physician,” Rosenthal says, “I couldn’t kind of move the needle on her care.”

For expert tips to help you feel your best, get AARP's monthly Health newsletter.

Communication is key, not only among medical team members, but among patients and their family or caregivers, whose “perspective needs to be considered since they’re the ones who will be helping with the care of the patient when they’re released from the hospital,” says Coleman.

Rosenthal says that surgeons tend to have a bit of a ‘fix it’ mentality: “We’re going to take this cancer out and make your life better. But for some older patients, treating an illness aggressively may make it harder for them to live their life the way they did before,” she says. “It’s important that surgeons find out what is most important in the lives of their older patients. What is a good outcome for them.”

Under this program, concerns specific to elderly patients would be addressed before they’re even wheeled into the operating room. Patients would be screened for geriatric vulnerabilities, among them frailty and cognitive issues, such as pre-delirium and dementia. Exercise and nutritional programs are put in place to help ensure patients are stronger after surgery and able to recuperate more quickly. Geriatric-friendly rooms are equipped with skid-free floors, clocks with large, easy-to-read numbers and beds outfitted with railings high enough to keep patients safe.

“Patients who are 75 years of age and older are at the greatest risk for functional decline and have the highest chance of needing to go to a nursing home or rehab center after their hospital stay,” says Tom Robinson, chief of surgery at the VA Eastern Colorado Health Care System, one of eight hospitals that have tested the standards. Now a team of nurses at the Denver VA hospital makes daily rounds, checks on elderly patients and makes sure that the care that’s being delivered is in line with their health care goals. They take steps to prevent delirium and get the patient up and moving around to prevent further complications such as falls, because they’re unsteady, and pressure ulcers, from being in bed too long.

They also carefully monitor the patient’s medication. “Many older people are on five or more medications to begin with,” Rosenthal says. “During the surgical process, more may be introduced, which should be used cautiously, if at all, in older patients since some can promote confusion.”

Under the GSV Program, care continues after the patient has been discharged. “When we think about surgery, too often we think short term — the operation and post-operative care,” says Clifford Ko, professor of surgery and health services at the UCLA Schools of Medicine and Public Health, and director of the ACS National Surgical Quality Improvement Program. “What we need to focus on, perhaps even more, is post-discharge. How is the person doing after they leave the hospital? How are they functioning?”

At Denver’s VA hospital, more patients are able to return home, rather than being moved to a facility. One example: A 92-year-old man who had a tumor removed from his tongue. Even before his surgery, a proactive team of providers went to assess his house and set up safety features, such as handrails, so he would be able to maintain his independence. When he was discharged, social workers were ready for him and sent a nurse to his house to give him extra assistance.

The standards for this kind of care have been posted on the ACS website for hospitals to review before the enrollment opens in October. Feedback from hospitals that have tested the standards has been positive. “One of our beta pilots is planning on enrolling all of their hospitals,” says Rosenthal. “I think the teams have bought into the idea that this is bringing order to how older patients are cared for, and that everyone understands what is important to them.”

Once a hospital enrolls, there will be site visits to ensure that standards are being met. Seniors and their families will be able to go to the ACS website to see which hospitals are in the program and are successful. “Hopefully, it will give them some level of assurance,” says Ko. “They can feel confident about the hospital they’re going to for treatment.”