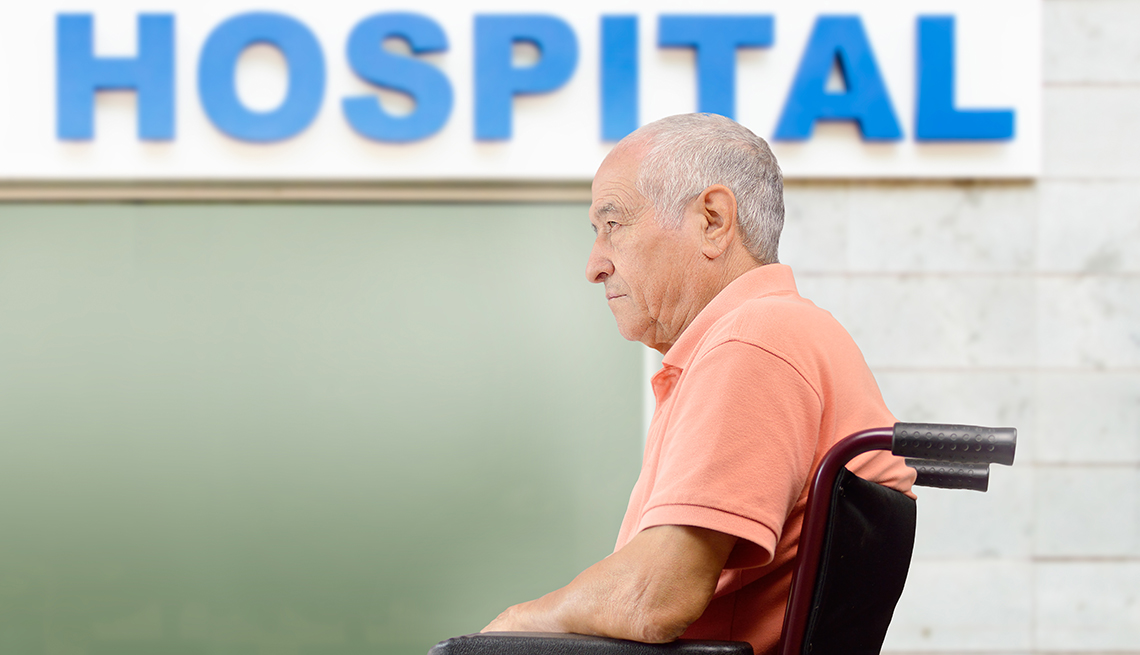 En español | During a visit to her doctor’s office in Sequim, Washington, Sue Christensen fell to her knees in the bathroom when her legs suddenly gave out.

The 74-year-old was in an accessible stall with her walker, which doesn’t have brakes. On her left side was a grab bar, but there was nothing to hold onto on the right.

Christensen, who has a herniated disc in her back, tried to pull herself up but couldn’t. With difficulty, she inched forward on her knees and got out of the stall. She tried calling the front desk on her cellphone but was placed on hold by the automated system. She was on the floor for almost half an hour before a nurse and her husband lifted her to her feet.

“I just wish there had been a button that I could have pushed indicating that someone in the restroom needs assistance,” she says.

For older adults, especially those who are frail, who have impaired cognition, or who have trouble seeing, hearing and moving around, health care facilities can be difficult to navigate, even perilous.

Grab bars may not be placed where they’re needed. Doors may be too heavy to open easily. Chairs in waiting rooms may lack arms that someone can use to help them stand up.

Toilets may be too low to get up from easily. Examination tables may be too high to get on to. Lettering on signs may be too small to read. And there may not be a place to sit down while walking down a hallway if a break is needed.

“Most hospitals and clinics have been designed for 40- or 50-year-olds, not 70- or 80-year-olds,” says Lee Ann Lindquist, chief of geriatrics at Northwestern University’s Feinberg School of Medicine in Chicago. “Additional thought has to be given to seniors who have functional disabilities.”

Here are a number of suggestions from geriatric specialists and patients:

Put benches along the way, so that older adults can rest while walking from the parking lot to a clinic, said Maria Carney, a geriatrician at Long Island Jewish Medical Center in New Hyde Park, New York.

Michael Wasserman, a California geriatrician, says too often there aren’t enough accessible spaces available. Even then, “not all older adults who need help have a handicap sticker.”

The University of Florida’s Senior Care Clinic has a solution: valet services. “When an older patient comes by themself, if they need help, the valet will call our clinic and someone will come down and take the patient up,” says Bhanuprasad Sandesara, division chief of geriatrics. 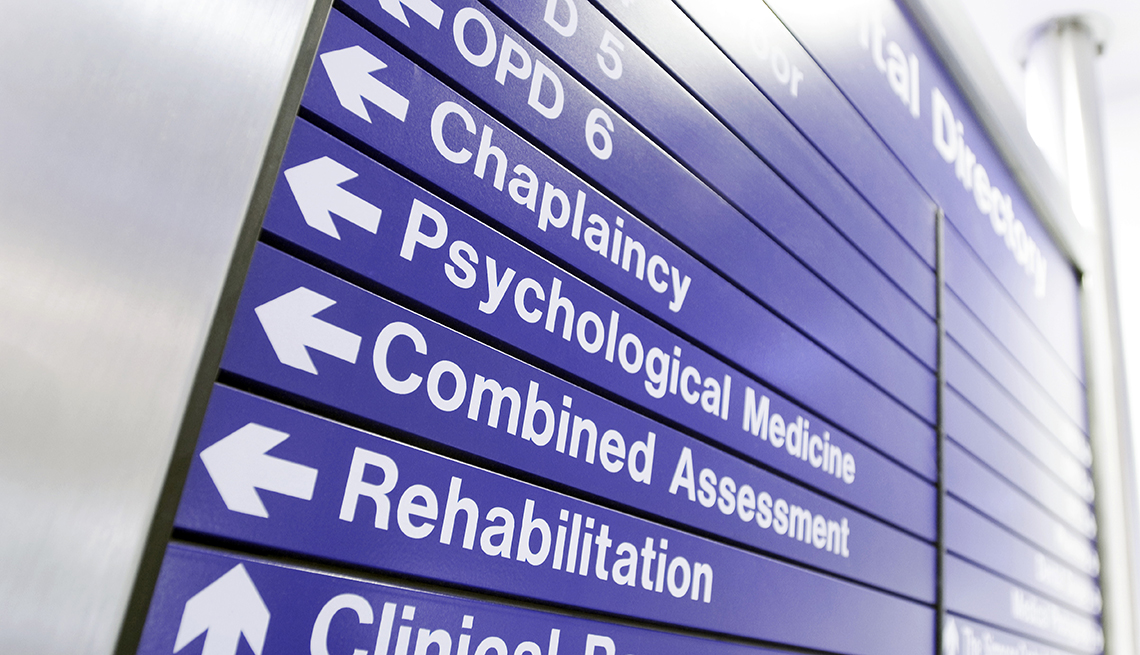 All too often, easy-to-read signs can’t be found, either inside or outside medical centers. For older patients, this can lead to confusion and unnecessary wandering, accompanied by pain, fatigue and annoyance.

Last year, a committee examining how Long Island Jewish Medical Center should handle patients with special needs identified better signage as a priority. Now, signs in the parking lot and outside the medical center are bigger, with larger type. Inside, large signs have been placed at bathrooms, showing clearly if they’re accessible to people with disabilities. The staff is creating a map of the hospital campus to give to patients to help them find their way more easily, according to Roseanne O’Gara-Shubinsky, the center’s associate executive director for quality management. And appointment cards from geriatricians at its senior clinic now have phone numbers in large type.

At Northwestern, Lindquist realized that older patients were having trouble seeing scheduled procedures and the names of doctors and nurses on the whiteboards in their rooms. Now the hospital has whiteboards that are more than double the normal size.

At the University of Arkansas’ Thomas and Lyon Longevity Clinic for older adults, examination tables are wider than usual and their height can be adjusted electronically. “Sometimes, it’s difficult to navigate lying in a narrow strip,” and many older adults are afraid of falling, says Jeanne Wei, who heads the university’s geriatrics department.

Something as simple as having a hook to hang up a cane can be a thoughtful touch. “You see this a lot: An older patient sits down, there’s nowhere to put a cane, and it falls on the floor,” says Diana Anderson, a geriatric medicine fellow at the University of California-San Francisco, who is also an architect.

Diane Ashkenaz, 68, has fibromyalgia, chronic pain and a ruptured tendon. She also has undergone two knee replacements. Most of the time, she uses a walker when she visits doctors in the Washington, D.C., metropolitan area.

Doors are often a problem. “Neither my primary care doctor nor my orthopedic surgeon have doors to their offices that open automatically,” Ashkenaz says.

At the clinic Christensen visits in Washington state, the front doors open wide automatically and a nursing assistant helps her into the exam room. But once her appointment is over, she’s directed to an exit door that she must open herself.

“It’s pretty heavy and hard to manage while trying to clunk my walker through,” Christensen says. “I don’t know why they don’t have a door system that would be easier for people who don’t have much strength or dexterity.”

Chairs in waiting rooms with seats that are too low or without arms make it difficult for many older patients to easily get up to a standing position.

At Ashkenaz’s cardiologist’s office, there’s a sofa with deep seats. “It looks nice, but I’d do anything not to sit there. I just can’t get up from it,” she says.

Wei’s clinic at the University of Arkansas has brought in chairs that are 4 inches taller than usual, with arms, for older patients. “These chairs are always occupied,” she says.

Also, exam rooms at the clinic are large enough to accommodate chairs for multiple family members. “We’ll bring everyone in to talk about Mom or Dad so they can hear what the other person is saying,” Wei says.