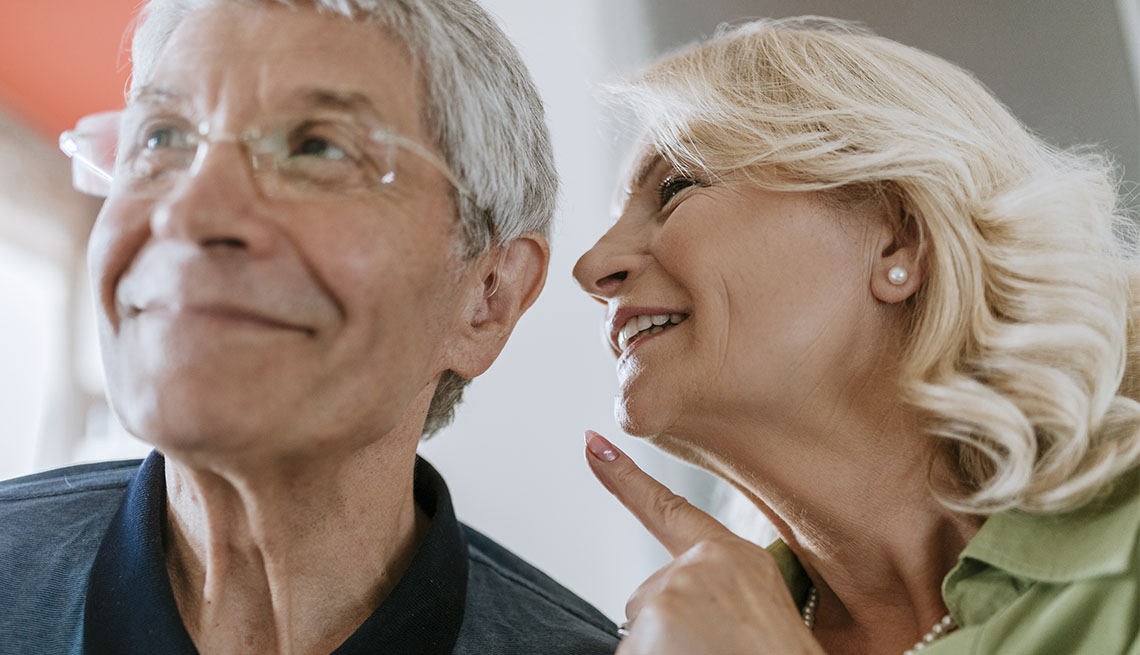 En español | People with blurry vision wouldn’t dream of going without a good pair of prescription specs. Our hearing, however, seems to be a different story.

A whopping 80 percent of adults between the ages of 55 and 74 who would benefit from wearing a hearing aid don’t use them, according to a study published in the International Journal of Audiology. Some are simply in denial that their hearing has declined. For others, it’s a matter of vanity: Sporting such earwear sends a signal that they’re getting on in years.

Price can also be a sticking point. And the devices can sometimes be tricky to program just right, requiring repeat visits to an audiologist before they feel comfortable.

Whatever the reason behind a partner’s, parent’s or pal’s reluctance, his life is likely to improve in many ways if you can persuade him to get the help he needs.

Carve out some time when neither of you is feeling stressed and have “the talk.” Keep the mood calm and nonconfrontational, and try to get to the bottom of why he’s hesitant to get help. A good way to kick off the conversation might be: “I’ve noticed that you’ve been having some problems hearing. What do you think is going on?” Or “Help me understand why you don’t want to see a doctor.”

Here are more tips from the experts.

Tout the benefits with facts. “Take the emotion out of your conversation and replace it with research,” says Maria Wynens, an Atlanta-based audiologist. There are many benefits to wearing a hearing aid, with well-researched studies to back them up — among them, a reduced risk of cognitive decline and dementia, a stronger marriage and even higher earning power.

Blow their minds with the cool factor. Devices today are definitely not our parents’ hearing aids. Here are just a few of the nifty high-tech features.

And they’re small: The clunky, conspicuous earwear of decades ago has been replaced by sleek, sophisticated — and discreet — devices.

Do the math. It’s true that hearing aids don’t come cheap. The average price is about $2,300 per unit (that’s just one device, so double that if you need two), and Medicare won’t pick up the tab. But if you consider cost per wear (the price divided by the number of times you’ll end up wearing your hearing aid), it may seem like more of a bargain. The average life span for hearing aids is five to eight years. Some quick math: A pair of $4,600 hearing aids worn 12 months a year for, say, five years comes out to about $75 a month, or about $2.50 a day. Some manufacturers offer payment plans, and there are other ways to save on the devices.

Make it personal. A hearing problem doesn’t just affect the person who has the impairment: “The whole family is affected because everyone else is trying to adapt,” Clark says. “In fact, some people don’t even have a real perception of their hearing loss. I had one patient who was unaware of the extent of her problem because everyone around her was yelling so she could hear, or turning up the volume on the TV as loud as she wanted. She wasn’t really suffering because everyone else was adapting.” If your loved one is in denial, you might help them understand the extent of their hearing problem by keeping track — with a journal or audiotape — of how many times a day they’ve asked someone to repeat something.

Ride shotgun. Offer to go to the audiologist with your loved one — just to get their hearing checked and see what the doctor has to say. (Authority figures often hold more sway when it comes to persuading people to take action.) “A third-party advocate always helps,” Wynens says. “The more people I can bring into my office to help the patient with hearing loss, the better. It lightens the atmosphere a little bit and takes the pressure off the patient.”

Let her know that she can test-drive a hearing aid. (Yes, you can do that.) This will give her an opportunity to adjust to her device before making a final decision.

Bargain. Reciprocity, as psychologists call it, is a strategy centered around one simple principle: People are prone to returning favors. (Put another way: You do Y for me, I’ll do Z for you.) If your loved one agrees to see an audiologist, promise to respond in kind — say, by finally scheduling that colonoscopy you’ve been putting off for ages.

Drop some names. Whoopi Goldberg, Jodie Foster, Pete Townshend and former President Bill Clinton are just a few well-known people who have copped to sporting hearing aids. Not bad company to be in, right?

And what if your hearing-impaired loved one still isn’t ready to take action? Back off for a bit. “Ultimately, they have to come to the realization for themselves,” Clark says. “If they’re pressured into buying something before they’re ready, that device is going to end up being an ‘in-the-drawer hearing aid,’ and no one wants that.”