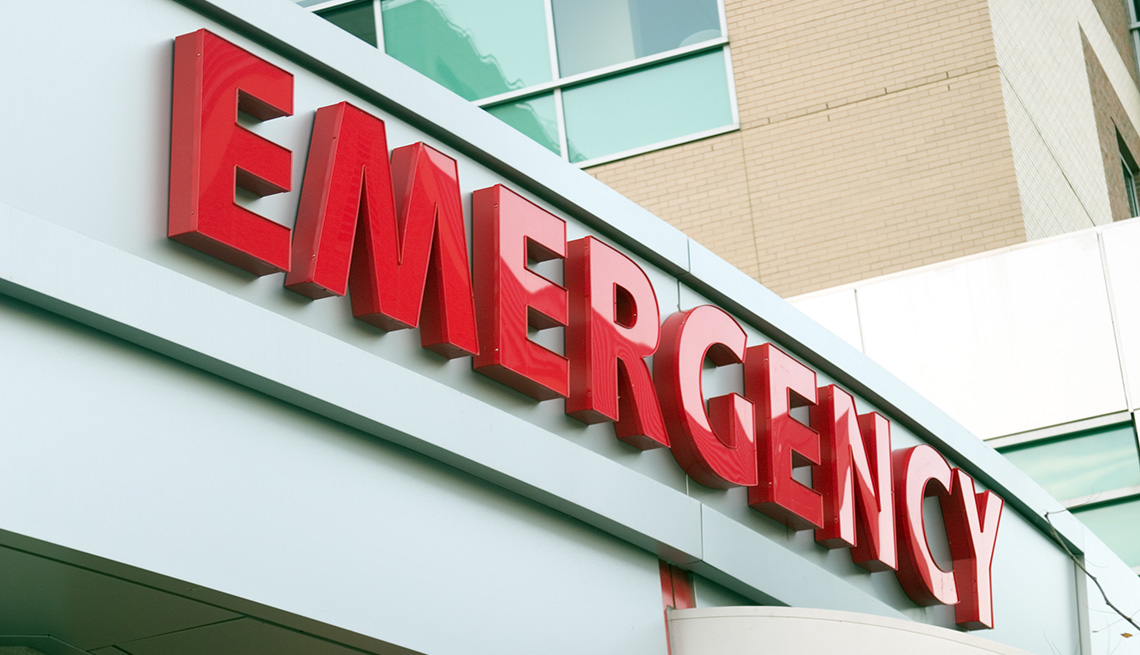 En español | Judith Burgess lay atop the gurney, her head propped up by a mountain of pillows, her hands clutching her black leather handbag. She's been here in New York City's Mount Sinai Medical Center Emergency Department for close to 20 hours — but she doesn't seem to mind.

"The people here really care about senior citizens,” says Burgess, 74, who suffers from rheumatoid arthritis, has no cartilage in her knees, and on this day has been admitted for stomach pain, symptoms of her colon cancer.

For many older patients, a trip to the emergency room can be a traumatic, even dangerous affair. Long waits, uncomfortable beds, germ-filled surroundings, and a loud and hectic pace can exact a toll on people who are often hobbled by multiple health issues and whose immune systems may be compromised.

"The emergency room is overwhelming regardless of age, but even more so for older people with few social supports who at their baseline are often more confused and vulnerable."

- Shari Kaplan, director of the Department of Volunteer Services at Mount Sinai Hospital

But the emergency room at Mount Sinai is a decidedly different experience. The waits are still long, as evidenced by Burgess’ extended tenure, but they are not painful or dangerous. If anything, Burgess says, “being here gives me a chance for a little rest.”

Mount Sinai is classified as a Level II trauma center. That means that the patients who come through its emergency room are very sick, often deathly ill. Burgess is sick, too. But she's not critical. So while doctors attend to patients with more pressing medical needs, Mount Sinai's multidisciplinary geriatric emergency team is working its magic.

The bright pink CARE (Care and Respect for Elders in Emergencies program) volunteer sticker on the shoulder of Burgess’ hospital gown indicates that she's gotten at least some of the attention she needs — which, in addition to having been seen by a doctor, means an extra pillow and blanket, a coloring book to pass the time and a purple stress ball to ease her tension.

If she needed it, she could have also gotten a pair of reading glasses in the appropriate strength, a hearing amplifier and even a sudoku puzzle to keep her cognitively engaged. “I have a hospital much closer to my home than this one,” she says. “But I always pass it by. People here are nice. I get taken care of.”

Mount Sinai's Geriatric Emergency Department — called the Geri ED for short — opened in 2012. At that time, it occupied an eight-bed corner of the ED and featured warm lighting, non-glare floors and plastic curtain rods (instead of the metal kind that sound like fingernails scratching across a chalkboard when pushed to the side).

Today in the Geri ED, the team assigned to anyone over 65 includes doctors, nurses, case managers social workers, pharmacists and even physical therapists.

"The elderly often present with atypical symptoms,” says Denise Nassisi, M.D., head of Mount Sinai's Geriatric ED. “If they're having angina, they may not have chest pain. If they have an infection, they may not have a high fever or an elevated white blood cell count. Having this collaborative team support means we can do more for patients in the ED."

They also better handle the host of comorbidities that can make a diagnosis even more confounding. “Because of the wonders of modern medicine, people are surviving longer, so they have extensive medical histories that can include diabetes and stroke and hypertension. And you have to stop for a second and figure out what brought them here today,” Nassisi says.

Mount Sinai is the first in New York state to specialize in emergency geriatric medicine, and one of but nine medical centers nationwide accredited for geriatric care by the American College of Emergency Physicians. Other hospitals with geriatric emergency departments include St. Joseph's University Medical Center in Paterson, N.J.; Holy Cross Hospital in Silver Spring, Md.; and five Aurora Health Care hospitals in Wisconsin.

At the latter, nonslip floors are part of the design, as is a lighting system designed to help fight delirium — a condition that older adults are especially prone to in hospitals. St. Joseph's aims to see every patient in its geriatric ER within 14 minutes, while Holy Cross offers large-button remote controls and phones.

The need for more facilities of this type is great: Nearly two-thirds of all Medicare patients are admitted to the hospital through the emergency room, according to a Rand Health study. And between 2005 and 2016, the number of people over age 65 visiting ERs rose by more than 27 percent, according to the Centers for Disease Control and Prevention.

"The emergency room is overwhelming regardless of age, but even more so for older people with few social supports who at their baseline are often more confused and vulnerable,” says Shari Kaplan, director of the Department of Volunteer Services at Mount Sinai.

"They can range from saying, ‘I'm totally fine and I don't need help,’ to being tearful and admitting to feeling scared and lonely and sad. Being multidisciplinary, we have the nursing team assessing for fall risk and proper medication management while social workers check in on social supports. We tailor everything to the specific needs of each patient,” she says.

Back before Mount Sinai's emergency department focused so closely on patients 65 and older — who comprise 20 percent of its emergency room patients — “they were just mixed in with everyone else,” Nassisi says. She and her staff knew they weren't always getting accurate enough medical information from their older patients to know how to best treat them, so they usually played it safe and often just admitted them.

"But what seemed safe wasn't always best for the patient,” she says, adding that sometimes the best thing for patients with non-acute issues, like urinary tract infections or a minor flu, is to send them home, but with the proper supports in place.

"I have a hospital much closer to my home than this one. But I always pass it by. People here are nice. I get taken care of."

It's at this stage where the geriatric collaborative team does its most important work. If a patient comes in alone — which between 30 to 40 percent of the elderly do — rather than admit her unnecessarily, the team will make sure she leaves with a Visiting Nurse Service appointment set up for the next day, medication and instructions on how to use it, and maybe even a physical therapy (PT) evaluation.

That is, if a physical therapist didn't already do an evaluation in the ER. “It was unheard of to have PT in the ER,” Nassisi says. “At first, I didn't even know what to do with them.” Today, Mount Sinai physical therapists play an important role in assessing the needs of older patients, many of whom, Nassisi notes, are in their 90s.

A 2018 study in the Journal of the American Geriatrics Society shows that providing people over 65 who go to the emergency room with the kind of transitional support they need to get — and stay — healthy at home has reduced hospital admissions for that age group by 33 percent.

Education has also been key to making Mount Sinai's Geriatric ED run smoothly. Everyone from doctors and nurses to desk clerks and volunteers are trained in the nuances of geriatric medicine.

"We need everyone to understand that these patients could be hard of hearing or confused, or aren't as mobile as they think they are,” Nassisi says. Nurses automatically screen for elder abuse, fall risk, dementia and delirium, and take patients through the six-item ISAR (Identification of Seniors at Risk) questionnaire that asks about vision, memory, medication and the ability patients have to take care of themselves.

"We've had symposiums on delirium — which differs from dementia because it is illness-induced — and when new interns come to the ER, we give them special sessions on geriatric care,” she says.

In a more central area of Mount Sinai's ED lies 76-year-old Harry Simmons, who arrived nine hours earlier, at around 1 a.m., complaining of bloody bowels. Harry was a corporate attorney, and his wife, Joyce Conoly-Simmons, 74, is a dining etiquette teacher. She sits beside him on a straight-back metal chair, holding her cheetah-print cane. Harry wears a hospital mask over his mouth; Joyce's hangs around her neck. They both have the bright-pink CARE stickers affixed to their garments and are holding a stress ball in each of their hands.

"They are sensitive to his needs,” Joyce says, adding that many doctors have come to see her husband, who will soon be admitted, and volunteers have been bringing her food and doing all they can to make them both feel as comfortable as possible under the circumstances.

Soon Harry will likely be transferred to the peaceful corner of the department where Burgess still lies, awaiting her room — the one with the dim lights, the whispering nurses and the quiet curtains. Joyce looks forward to that. “It's pretty loud in here,” she says. “I may even get some sleep."

More on Health and Caregiving