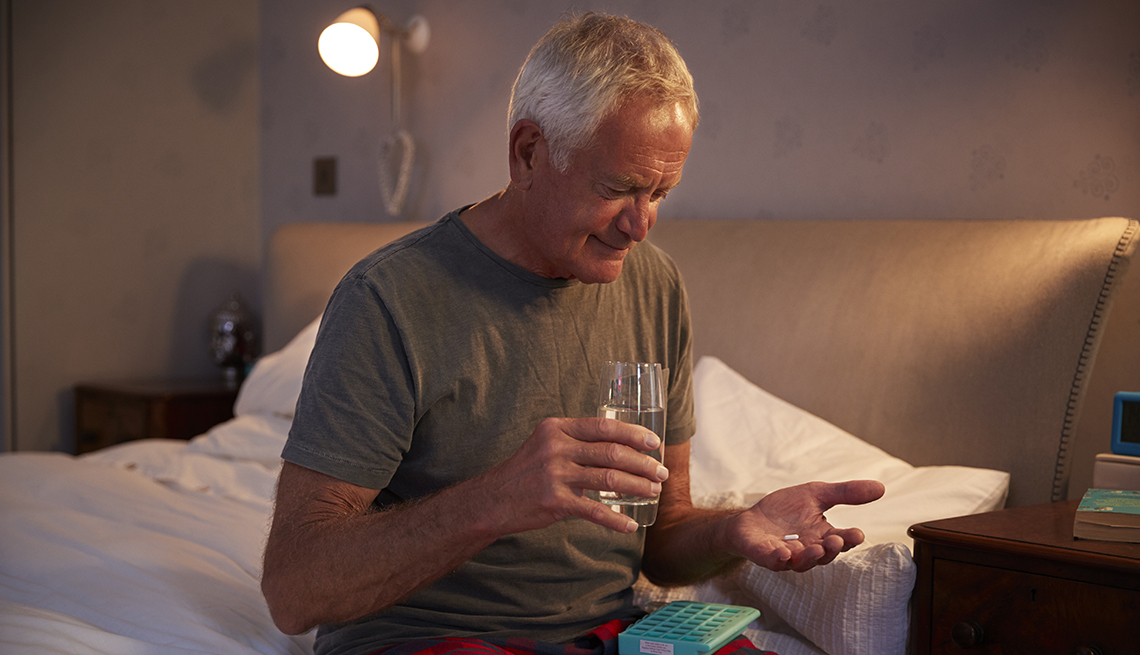 En español | Taking blood pressure medication at night, instead of in the morning, could significantly lower your risk for heart-related disease and death, a new report suggests.

Researchers studied more than 19,000 adults with high blood pressure over an average of more than six years and found that those who took medication at bedtime to lower their pressure cut their risk of suffering — or dying — from a heart attack, stroke or other cardiovascular event by nearly half, compared with those who took their blood pressure pills in the morning.

John Osborne, a cardiologist in Dallas and a volunteer expert for the American Heart Association, calls the findings “practice-changing.”

"It's a no-cost, zero-risk, zero-side-effect intervention that could be done tomorrow in every clinic,” said Osborne, who is not affiliated with the study, published this week in the European Heart Journal. “Just changing to evening dosing could translate to substantial reductions across the whole realm of cardiovascular events.”

Blood pressure has a daily pattern, Osborne explained. It normally dips at night and rises in the morning. Then, by the afternoon, it starts to go down again. This natural rhythm helps to explain why taking medicine to lower blood pressure may work best when done at night.

Allen Taylor, chairman of the department of cardiology at MedStar Heart and Vascular Institute and professor of medicine at Georgetown University Medical Center, said the study “is almost too good to be true in terms of the size of the benefit.” He wants to see further confirmation before switching all of his patients’ medication schedules from morning to evening — especially if that change makes them forget to take their blood pressure pills altogether.

"What we always want to do is make sure people can take their medicines as conveniently as possible, and if nighttime is more convenient, I certainly wouldn't hesitate,” said Taylor, who also has no affiliation with the published report.

The study's population — white men and women from northern Spain — is one of its biggest limitations. Although 75 million adults (1 out of every 3) in the U.S. have high blood pressure, black men and women are disproportionately affected. More than 40 percent of non-Hispanic African Americans have high blood pressure, and in many cases it develops earlier in life and is more severe, according to the American Heart Association.

Osborne recommends that the study be repeated using a more diverse population, but said this report and others before it that had similar results don't show “any evidence of harm” that would likely be race-, gender- or ethnicity-specific.

"We're seeing substantial reductions of cardiovascular events without adding any other drugs — just by changing the timing,” Osborne said. “And when you look at any adverse events or side effects or downsides to this approach, there really weren't any.”

If you're already taking your blood pressure pills at night, Taylor said there's no reason to stop. And if you decide to switch from the morning to the evening? “Like all things, talk to your doctor and let him know what you're doing,” he said.

High blood pressure is one of the leading causes of heart disease, stroke, kidney disease and death in the U.S., the Centers for Disease Control and Prevention reports.

Editor’s note: This story was updated to note that participants who took all of their blood pressure pills at night lowered their risk for heart attack by 34 percent.