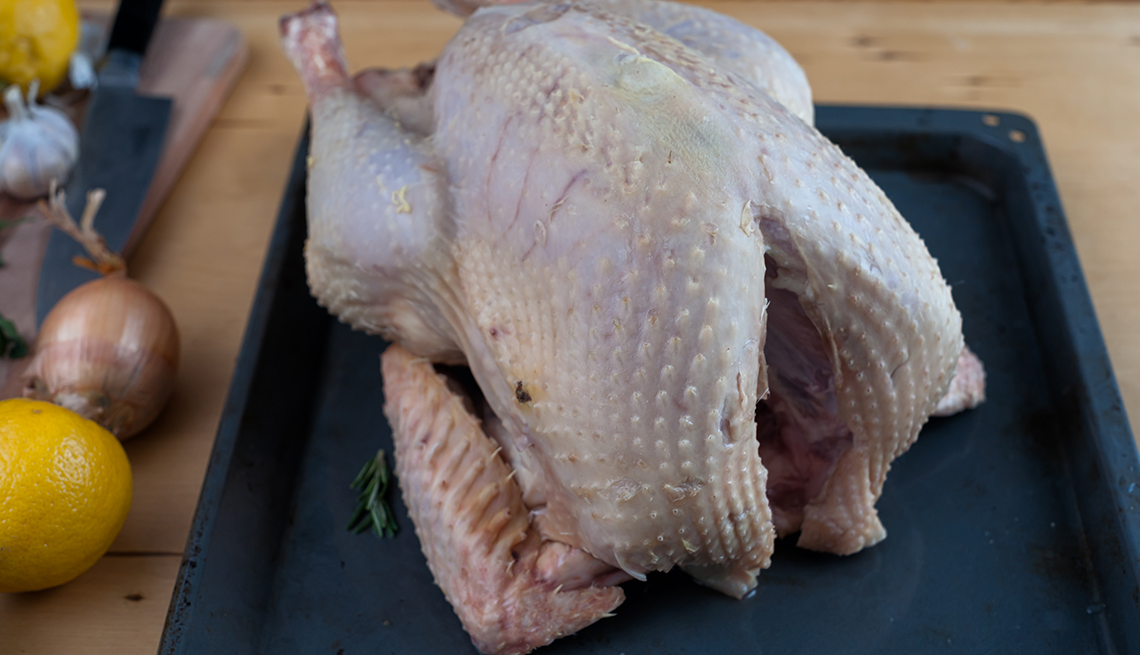 Just in time for Thanksgiving, the Centers for Disease Control and Prevention is warning consumers about a multistate outbreak of salmonella linked to raw turkey products. Last week, the agency reported the first death in a yearlong outbreak that’s been detected in a variety of products, including ground meat, live birds, and even raw pet food. No definitive source of the contamination has yet been identified.

The outbreak, which began in November 2017, has sickened 164 people in 35 states, 63 of whom were hospitalized. News of the CDC's investigation, which is ongoing, comes after a series of food-borne illness scares this summer, including a salmonella outbreak traced to Kellogg’s Honey Smacks cereal and a McDonald's salad recall. Adults age 65 and up are especially vulnerable to food-borne illness, including from salmonella, which can cause diarrhea, fever and stomach cramps.

To avoid getting sick, the CDC says consumers should thaw turkeys in the refrigerator, not on the kitchen counter. The USDA recommends 24 hours of thawing time for each 4 to 5 pounds of turkey, so a 16-pound bird should be thawed for four days. Also important: Wash hands and all surfaces after handling raw meat (but not the meat itself), and cook turkey to an internal temperature of 165 degrees.

But don’t fear: The agency says that as long as it’s prepared properly, there’s no need to ditch a turkey dinner this holiday season — though there are plenty of other options if you do.