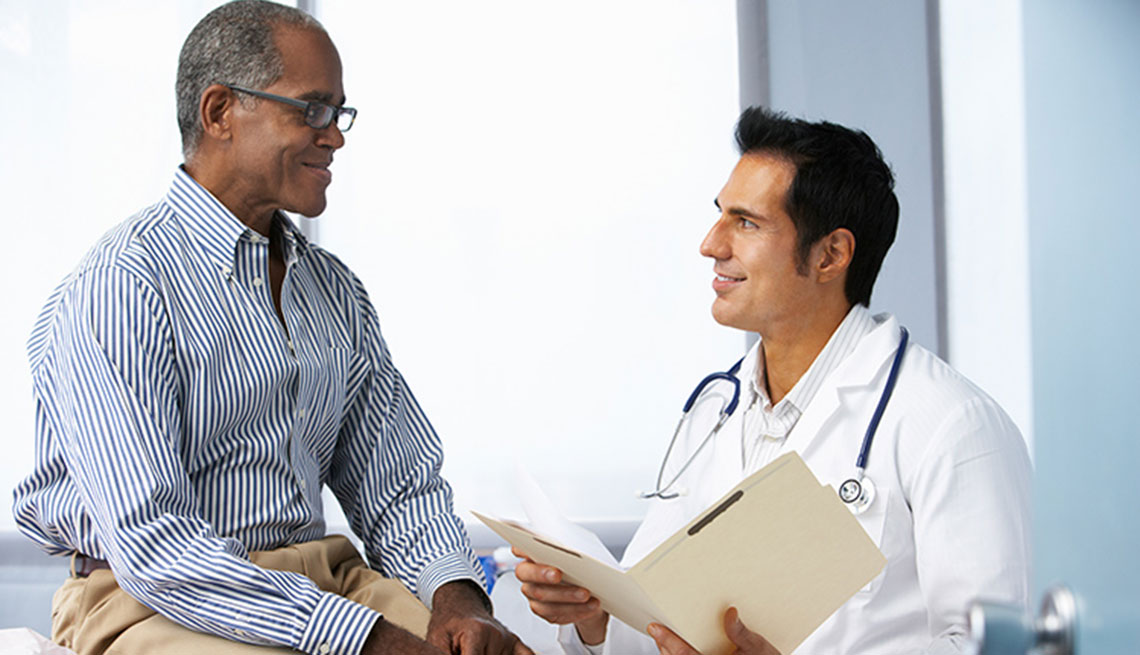 Whether to get a screening for prostate cancer is up to the patient and their doctor.

Whether to get screened for prostate cancer is a question that men age 55 to 69 should decide themselves in consultation with their doctors, according to finalized guidance issued Tuesday by an influential panel of health care experts.

New evidence suggests that PSA blood tests can slightly reduce the chances of dying from the disease for some men, so those decisions may be a little easier. Though screening may lead to drastic, needless treatment, the panel says that sometimes can be avoided with close monitoring when cancer is detected.

The guidance says it's important to weigh the potential benefits and harms of screening. The test looks for elevated levels of a protein in the blood that may signal cancer but can also be caused by less serious prostate problems.

A key question is whether the patient has a higher-than-average risk for developing prostate cancer, says Michael Munger, M.D., president of the American Academy of Family Physicians. These men include African Americans and those with a family history of prostate cancer, especially if a father or brother developed the disease before age 70. These men would be the best candidates for screening.