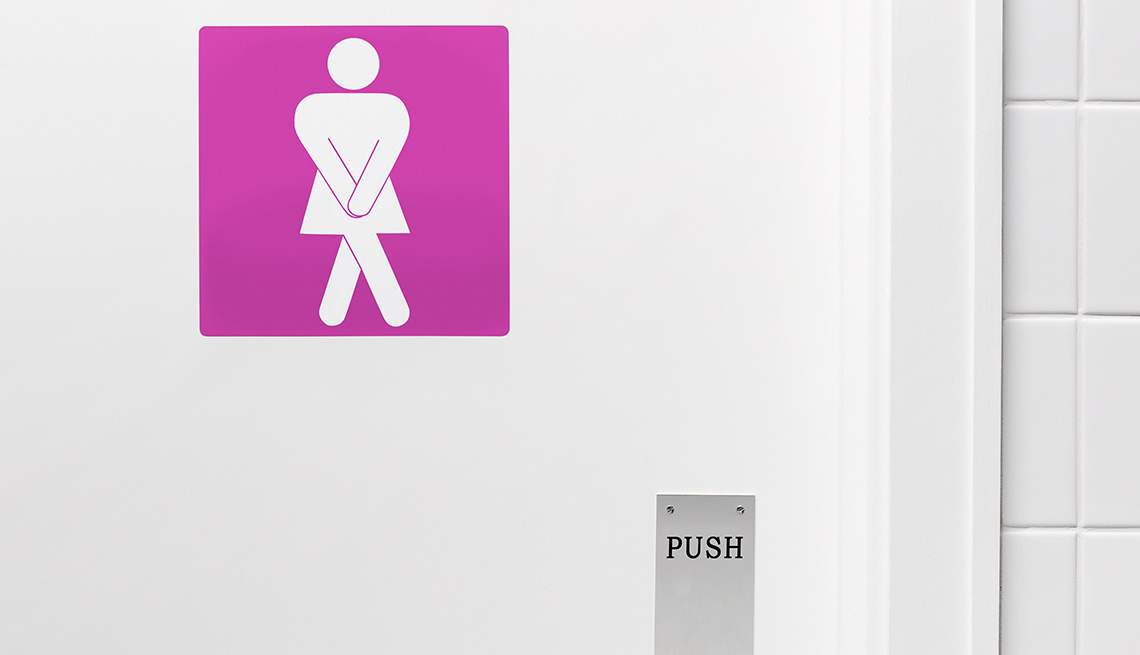 Coughing, laughing, sneezing — and even exercising — all are common triggers of urinary incontinence, which nearly half of older women experience but rarely discuss with their doctor, according to the results of a new University of Michigan-AARP poll.

Despite this, only 1 in 3 affected women said they sought advice from their doctors, even though 41 percent describe their symptoms as problematic.

The survey was administered as part of the National Poll on Healthy Aging, sponsored by AARP and Michigan Medicine, the University of Michigan’s academic medical center.

“It’s both surprising and disheartening to see that so many women seem to believe that incontinence is just a normal part of aging, because it’s not,” says Alison Bryant, senior vice president of research at AARP. “A lot of women are unnecessarily limiting their daily activities and not enjoying life fully because of a condition that can often be remedied.”

Among respondents affected by incontinence, their coping strategies included limiting their fluid intake (16 percent) or modifying their wardrobe (15 percent) to prevent or hide accidents.

A majority (59 percent) use pads or other protective garments to guard against leakage, the daily use of which can cost women upward of hundreds of dollars per year, experts say. Just 38 percent of those affected reported doing pelvic-floor exercises called Kegels, which have been proven to help manage symptoms.

Women who viewed incontinence as a problem or felt embarrassed about their symptoms were more likely to have sought medical advice. Of those who didn’t reach out, two-thirds said they had not spoken to their doctor because they felt the problem was not that bad, 23 percent said they had other things to discuss, and 22 percent did not see urinary incontinence as a health problem.

Yet 79 percent of those affected reported that coughing or sneezing was a trigger for leakage, followed by 64 percent who cited trying to get to a bathroom in time. Nearly half (49 percent) pointed to laughing as a culprit, and more than a third (37 percent) said exercise was to blame.

“The last thing that older women should be doing is avoiding exercise or not being able to enjoy other activities that make life worthwhile,” says University of Michigan internal medicine professor Preeti Malani, the poll’s director. “We hope these findings will help spur conversations between women and their health care providers so that activities aren’t limited.”

As for treatment? A variety of surgical and nonsurgical treatment options are routinely covered by Medicare and private insurers, including physical therapy, medical devices, injections and nerve stimulation.

The poll results are based on responses from 1,027 women ages 50 to 80. The margin of error is plus or minus 2 to 6 percentage points. The full report is available on the National Poll on Healthy Aging website.