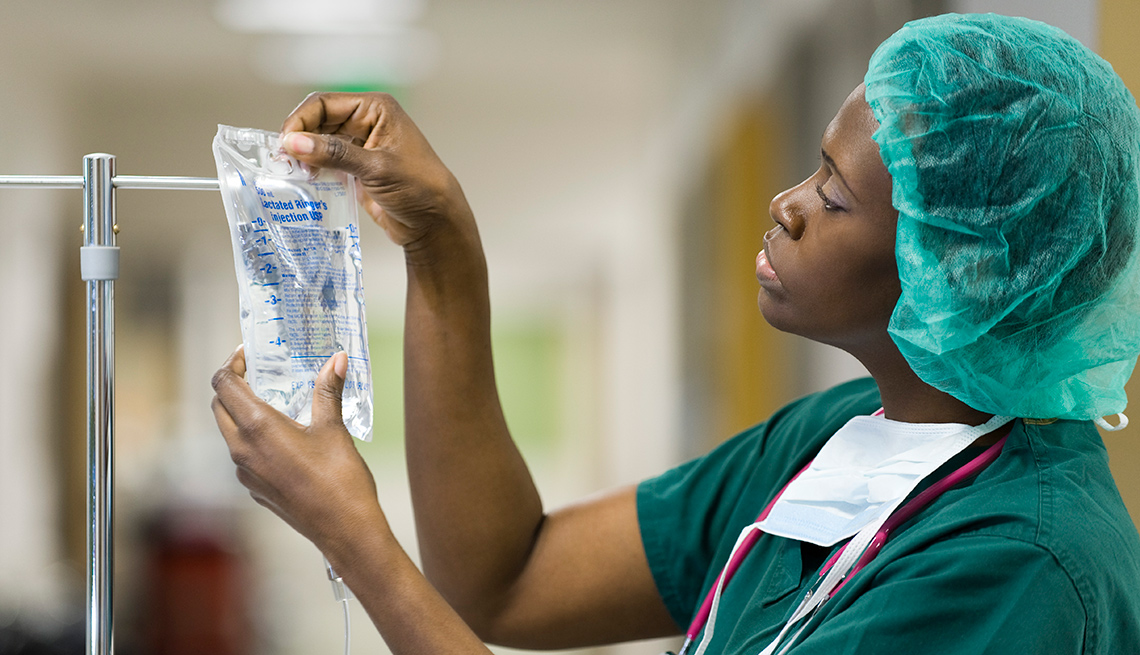 The Food and Drug Administration acknowledges the IV bag shortage but says progress is underway.

Saline bags are hard to come by in hospitals four months after a hurricane disrupted the supply chain.

When Hurricane Maria slammed into Puerto Rico in late September, the Baxter Pharmaceutical factory shut down. It manufactures IV bags there but had to halt operations as the power grid collapsed.

Ben Boyer, whose wife has been undergoing chemotherapy at a cancer center affiliated with the University of California at San Diego, recently told Newsweek that he watched in exasperation in late December as a nurse administered a drug through a syringe. It took her 30 minutes while standing to treat his wife.

According to the Wall Street Journal story, some hospital officials said they have “only a day or two of supplies” and are concerned as flu season generates higher demand. All but four states have experienced significant flu activity, making this the worst season in several years.

In coarse words, Ben Boyer blamed President Trump and his administration for a slow response to the shortage.

For its part, the Food and Drug Administration acknowledges the shortage but says progress is underway, as Baxter's plant has been reconnected to the Puerto Rico power grid.

“Based on the information we’re receiving from the companies, we expect that the shortage of IV saline fluids will improve in early 2018, with continuing improvements in the weeks ahead,” Commissioner Scott Gottlieb said last week.