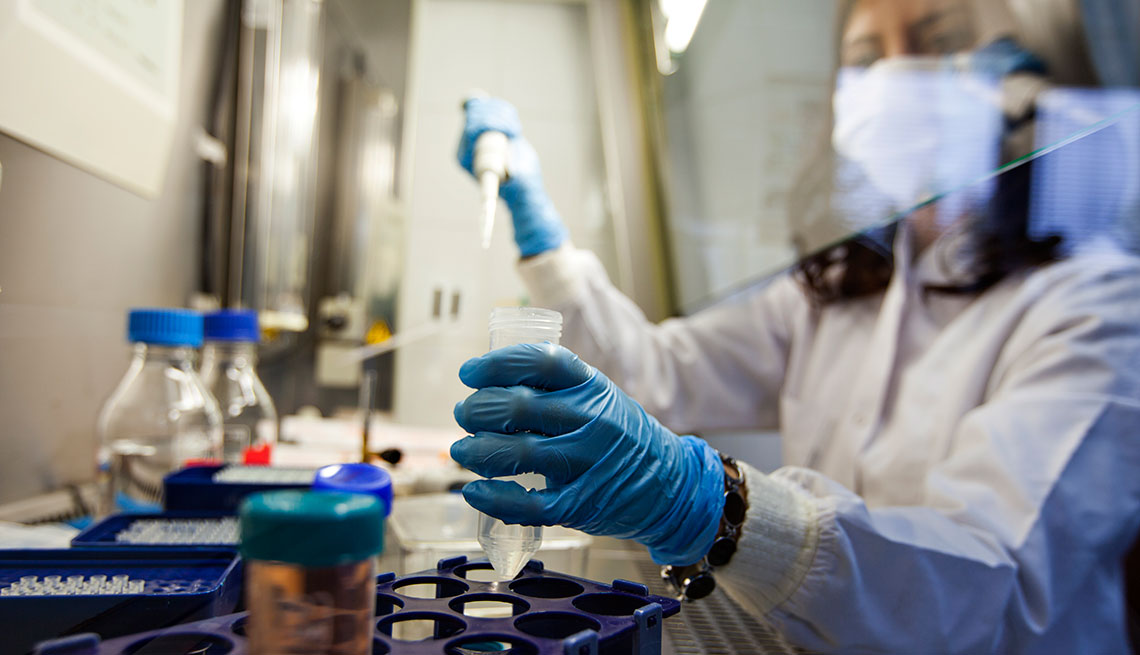 Researchers have discovered that the gene responsible for Huntington's disease contains "super assassin" sequences that produce molecules that clobber cancer. The discovery, published this week, means that we may one day have an effective way to kill cancer cells without the side effects of chemotherapy.

Harnessing these killer molecules could be a game changer, says Marcus Peter, a professor of Cancer Metabolism at Northwestern University Feinberg School of Medicine, the senior author of the study published in EMBO Reports, a scientific journal.

In earlier research, the team discovered that everyone has natural cancer-fighting RNA molecules. Peter says they appear to be “an ancient kill-switch that we’ve had for eons, meant to make sure that our cells don’t become cancer cells.” That study used the molecules to reduce tumor growth in mice. There were no apparent side effects in the treated mice.

Their more recent study took that research one step further by looking at the gene that causes Huntington's, a neurodegenerative disorder. People who have Huntington's have a reduced risk of getting cancer — up to 80 percent lower – than the general population.

Peter and his colleagues designed small RNA molecules that mimicked the sequences found in Huntington’s genes and introduced them to tumor cells in mice. They were blown away by how effectively the Huntington's RNA molecules attacked the cancer. “The molecules are 100 times more toxic, 100 times more effective” than the cancer fighters in the earlier study, says Peter, who will be presenting the findings at the American Association for Cancer Research (AACR) meeting in Chicago this spring. “Take tiny, tiny amounts of them, introduce them to any cancer cells and they are flattened, every one of them.”

In theory, the new molecules could be used as cancer treatment instead of chemotherapy, which “messes up the genome” and can elevate a patient’s risk of other cancers.

“The whole thing is totally exploding,” says Peter. "We're very excited about this." However, it's still years from being ready for prime time. It needs much more testing before it can become a widespread treatment. But, Peter adds, "Of course we are frantically working on it.”

Learn more about the newest breakthoughs with treating Cancer