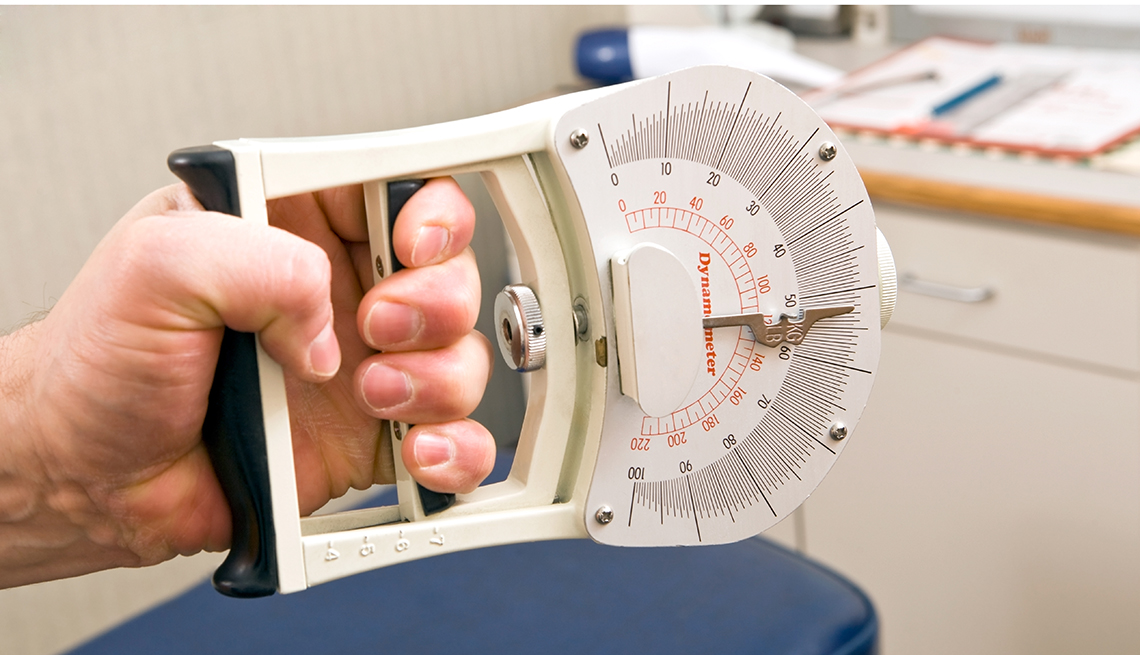 Get a grip before your next surgical operation.

New research suggests that a simple one-minute test with a grip-strength device can identify older patients who are "frail," meaning at higher risk for complications or death from surgery.

The study, published in the May issue of the Journal of Vascular Surgery, looked at 311 patients with an average age of 69 who visited a vascular clinic over a nine-month period. They were asked to squeeze a device called a calibrated hydraulic hand dynamometer to test their strength. Based on the grip test, the researchers determined that 86 of the patients (27.7 percent) were frail. Those results correlated reliably with other measurements used to assess frailty.

The grip test is easier and simpler to perform than other measurements, such as a CT scan to determine a patient’s muscle mass. And it’s more precise than observing a person’s gait and level of difficulty getting out of a chair, which are screening methods used by doctors.

Matthew Corriere, an associate professor of surgery at the University of Michigan and the study’s corresponding author, said in a news release that while the study focused on predicting complications from vascular surgery, using grip strength as an indicator might work well in other types of medicine, such as orthopedics.

With the grip test, “I am no longer going on a 'sense' that I have,” Corriere said. “Instead, I have data that the patient is at higher risk."

If a frail patient needs surgery, the grip test could alert a doctor to take additional precautions, such as presurgical rehabilitation.