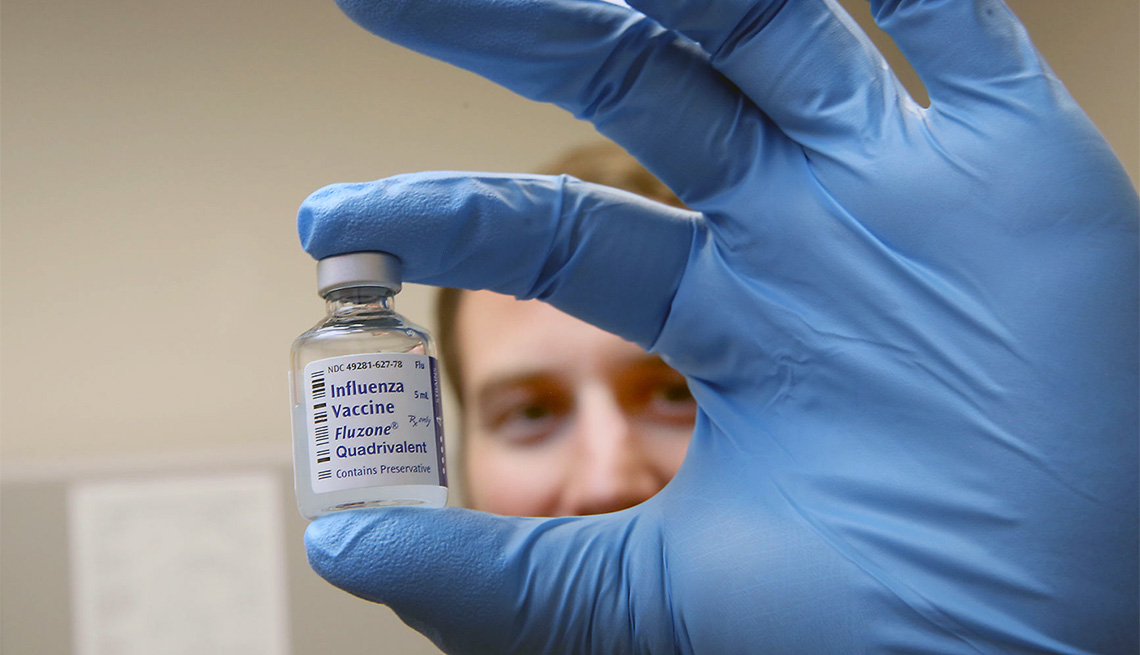 According to the CDC, manufacturers are still sending the flu vaccine to health care providers, and it’s not too late to get your shot, given increasing levels of the disease.

The Centers for Disease Control and Prevention reported Friday that flu this season has set another record: the highest numbers of hospitalizations since 2010, as one specific strain continues to send older Americans in particular to crowded emergency rooms.

Calling both the hospitalization numbers and the 16 new pediatric deaths reported Friday “a somber reminder of why flu is one of the world’s greatest health challenges,” acting CDC director Anne Schuchat promised that despite “recent leadership changes” (the former CDC director stepped down this week over concerns about her investments), the agency remains committed to its mission of protecting Americans' health, with “one of the biggest threats right now” being influenza.

Along with numbers, Schuchat presented suggestions, including that pharmacies increase orders of antivirals now to meet expected demand. If you're trying to fill your own prescription for something like Tamiflu this week, she recommends “being prepared to call around to have your prescription filled.” As for the flu shot, the acting director said manufacturers have assured her that vaccines are still being sent to health care providers, and she stressed that it’s not too late to get your shot, given still increasing levels of flu. Schuchat also strongly encouraged those over 65 to get vaccinated for pneumococcal pneumonia, describing how the viral flu infection makes people more vulnerable to secondary bacterial infections, such as pneumonia.

When will it end? Not soon. Daniel Jernigan, head of the CDC’s influenza division, reported that while flu activity has been elevated for 10 consecutive weeks so far this season, the average duration of a flu season is 16 weeks, with an outer limit of 20. “So there may be many weeks left of the season to go.”

Jernigan also reported on the specific spread of the virus across the country, noting that if there’s one bright spot to report, it would be Oregon, the only state to show decreased activity. The new numbers show 48 states with widespread activity, the most in this particular week on the calendar “since we’ve been collecting data,” he said.

In general, Jernigan said doctors' offices, emergency rooms and clinics in the West are starting to see slightly lower flu activity, though that’s balanced by higher activity in the East. Flu activity levels in the Southern states remain at the same high levels, he said. Continuing an unusual trend reported last week, beyond those over 65, younger boomers continue to be the next most likely age group to be hospitalized — a spot normally reserved for children under 5.

Finally, the CDC officials said they weren’t surprised by Canada's preliminary vaccine effectiveness data, which showed that this year's shot is not all that. The current vaccine — the same one used in the United States — is only 17 percent effective against this year’s flu virus. As Schuchat explained, experts expect vaccines to be less successful during seasons — like this one — in which the tricky strain of H3N2 dominates.

However, given that the latest data show an increase in other virus types circulating in the U.S. right now, getting vaccinated this week could pay off if you come down with, say, H1N1 instead of the H3N2 friends or family had at the holidays. Not that you should have waited this long.