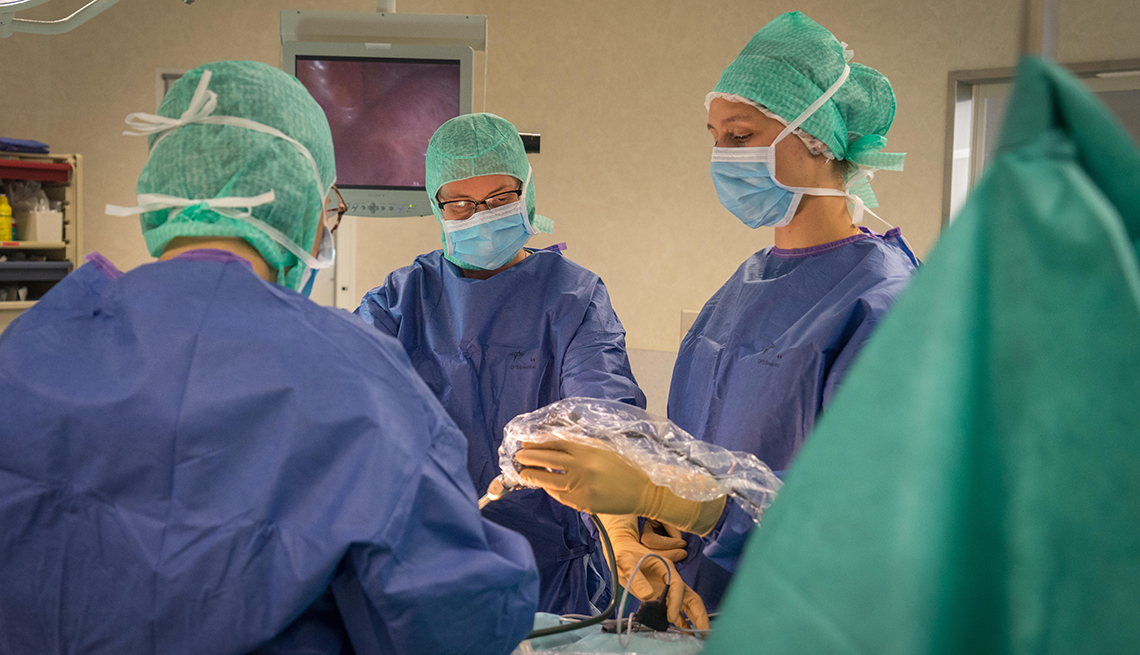 A surgeon performs a laparoscopic hysterectomy.

Respected cancer centers are now changing their approach to the type of surgery used to treat early-stage cervical cancer, due to two sets of study results published in the New England Journal of Medicine that doctors are calling "surprising" if not "alarming."

While radical hysterectomy remains the standard recommendation for patients with early-stage cervical cancer, the study results, published yesterday but shared with cancer specialists in March, show that performing a hysterectomy with laparoscopy, the less invasive type of surgery, made the cancer four times more likely to return than when open surgery was done.

Study lead author Pedro Ramirez, M.D., of the University of Texas MD Anderson Cancer Center, says the less invasive surgery had been associated previously with shorter hospital stays and fewer complications, and he had expected his work to show that outcomes related to the surgical procedures would be equivalent. That was before his results came in, showing higher mortality rates for those whose surgery involved a tiny incision, instead of a large cut, in their lower abdomen.

In the study 33 centers located both in the U.S. and overseas recruited patients from June 2008 through June 2017. After 631 patients were enrolled, 319 were randomly assigned to minimally invasive surgery, and 312 to open surgery.

After four-and-a-half years, the rate of disease-free survival — every cancer patient’s end goal — was 86 percent for the minimally invasive surgery group and 96.5 percent for the open-surgery group. While the study did not seek to explain what caused this all-important difference, the authors said it could be related to the tools used during the less invasive surgery. Specifically, they wrote, the “uterine manipulator” tool could, in theory, increase the “propensity for tumor spillage” (meaning that the cancer cells could potentially spread further). Other theories are that the use of carbon dioxide during the procedure somehow fuels tumor-cell growth or that the surgeons who perform minimally invasive surgery may be more experienced with, and therefore more successful at, open surgery.

The second study published in the New England Journal of Medicine was led in part by researchers at NewYork-Presbyterian/Columbia University Irving Medical Center. It used information from the National Cancer Database to analyze a statistical trend that intrigued the study authors: why survival rates for women undergoing radical hysterectomy for cervical cancer suddenly fell off around 2006 — the time many surgeons started using the minimally invasive procedure. Their resulting study, using records of 2,461 women with early cervical cancer who underwent radical hysterectomy between 2010 and 2013, showed that within four years, 9.1 percent of the women in the minimally invasive surgery group had died, compared with 5.3 percent of those in the open-surgery group. That translates to a 65 percent higher risk of death with the less invasive surgery.

Doctors responding to the results said more information is needed to determine if women who have undergone the less invasive surgery in the past will need any follow-up related to the higher risk that that surgery now appears to carry.