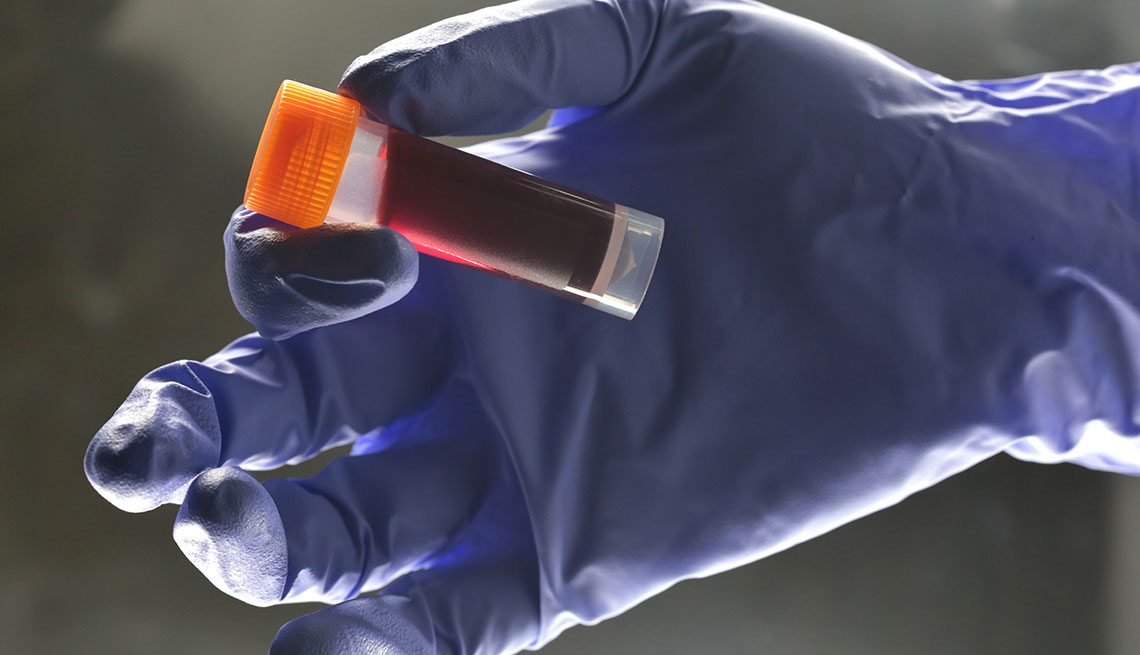 An early-detection blood test could give critical, lifesaving information for screening hard-to-detect cancers.

En español | A study published Thursday in the journal Science is being heralded as a major step forward in the ongoing hunt for a simple blood test that could detect eight of the most common types of cancers, five of which currently lack any kind of screening method.

Conducted by researchers at Johns Hopkins Sidney Kimmel Comprehensive Cancer Center, the test combined two existing methods of this kind of screening into one, checking blood for both proteins and genetic mutations associated with cancers of the lung, breast, colon, pancreas, liver, stomach, ovary and esophagus. Called CancerSeek, the "liquid biopsy" proved 70 percent effective in detecting such cancers in 1,005 patients in whom tumors had already been identified. The success rate ranged from a jaw-dropping 98 percent in people with ovarian tumors to only 33 percent in patients with breast tumors. The test was also able to narrow down the location of the cancer to two anatomical locations in 83 percent of patients.﻿

The blood test, however, was just 43 percent effective in identifying cancers in their earliest stages, which is precisely what doctors would want this kind of screening to do.

Reacting to the findings, doctors emphasized that such a test — which researchers estimate will cost only $500 — could give critical, lifesaving information for screening hard-to-detect cancers and that caution must be taken to make sure it doesn't provide potentially inaccurate reassurances that patients don’t have cancer when they do.

Of course, it’s also important that a test of this type, which you might one day get with your yearly physical, not provide anxiety-inducing false positives. On that score the screening performed well, flagging cancer where there was none in just seven out of 812 patients, which amounted to a rate under 1 percent. Next up, say researchers, is using the blood test on a larger pool of over 10,000 healthy people who show no signs of cancer.

This prospective study, the researchers have said, will help determine whether the test can detect cancer earlier than conventional methods.