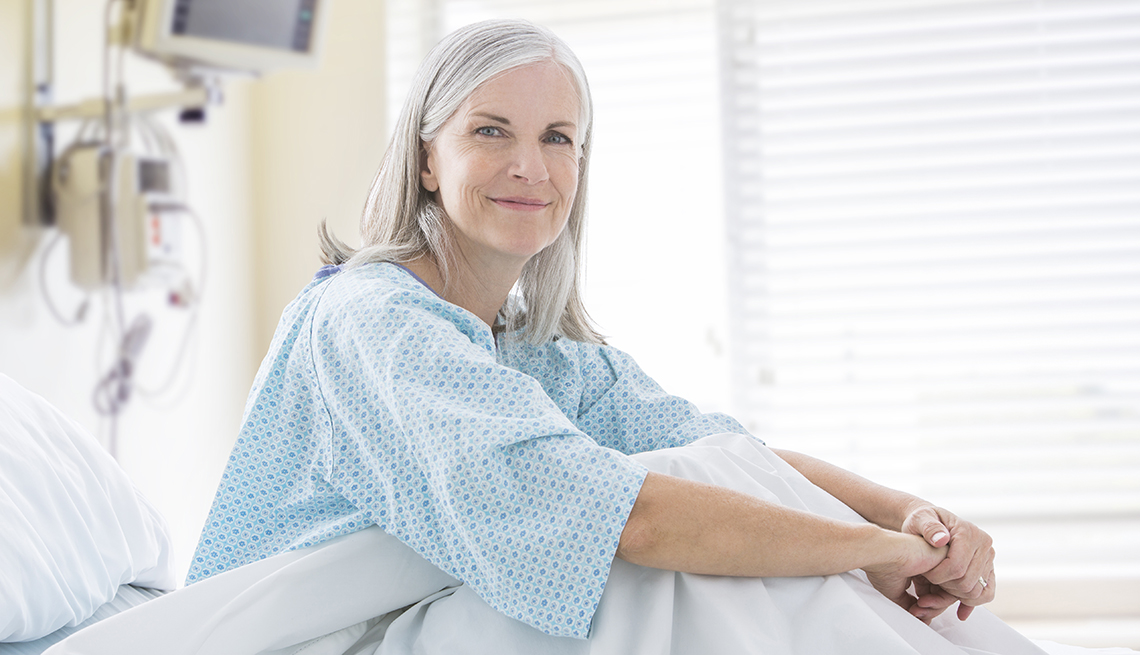 Up to 65,000 women a year with the most common type of early-stage breast cancer can now safely skip chemotherapy altogether — if they are over 50 — according to findings of the largest breast cancer treatment trial ever conducted. Doctors are calling the news, released Sunday at a major oncology conference and published in the New England Journal of Medicine, practice changing.

A new test can measure specific proteins in the bloodstream to determine whether they’re cancer-related.
Lester Lefkowitz/Getty Images

Before the study, many women with early-stage cancer of this type were asked to make a tough decision: Undergo chemo and its harsh side effects, to prevent a possible future recurrence of cancer, or forgo it and hope that surgery, radiation and an endocrine therapy, such as tamoxifen, will prevent any cancer from coming back forcefully later.

A gene test for the breast cancer tumor itself became available in 2004 and offered important information for the chemo-or-not decision. It told doctors whether the tumor, as analyzed, showed that the patient would have a low, middle or high risk of cancer recurrence. But even with this advance in “precision medicine,” doctors reported that they still didn’t know where the cutoffs fell in terms of the recurrence risk vs. chemotherapy benefit analysis.

The government-funded study making news today, which tracked 10,273 women with breast cancer for more than a decade, previously helped answer one part of that equation by showing that women given a low risk of recurrence could skip chemo. That meant that about 20,000 women a year could do so safely.

But today’s news involves some 60,000 women in the middle-risk group, and it shows that chemo is not necessary for them, either. It changes the National Cancer Institute's better-safe-than-sorry advice, given in 2000, that most women should be offered chemotherapy.

Doctors responding to the news say it is both highly anticipated and changes the standard of care. “We can spare thousands and thousands of women from getting toxic treatment that really wouldn’t benefit them. This is very powerful,” Ingrid A. Mayer, M.D., an author of the study, said to the New York Times.

Along with being over 50 and having a middle risk of cancer recurrence, patients who benefit from the news must have early-stage tumors measuring 1 to 5 centimeters that have not spread to the lymph nodes and that are sensitive to estrogen and test negative for a specific protein called HER2.

For patients who meet these criteria, the findings offer much reassurance. The study split 9,719 women ages 18 to 75 with those cancer characteristics into two groups, with one receiving just endocrine therapy (such as tamoxifen) and the other receiving both endocrine therapy and chemotherapy.

Nine years later, the groups had nearly identical rates of disease-free survival: 83.3 percent in the endocrine-therapy-only group, compared with 84.3 percent in the endocrine-therapy-plus-chemo group. The rates were also nearly identical for freedom from disease recurring at a distant site or local site, and the overall survival rates were given as 93.9 and 93.8 percent. The only group that did not fare as well without chemo were women under 50. For them, the study says, there was “some benefit of chemotherapy."